It does if you’re in the industry !

1st gen digital mobiles aka 2G resulted in the vast majority of masts in rural areas of the UK. they cover a certain geographical area per cell tower. And they are laid out so there leave little or no gaps between them.

Along comes 3G - higher frequency = higher data rate, but laws of physics mean the area the cell can cover is smaller so coverage gaps start to appear between cells.

4G - same again - more gaps AND the connections between the cell towers have to be fibre to give you a true 4G service.

Hint : If you cannot get a decent cel signal and have to make a call, switch your phone off operating at 4G/LTE and down to 2G - it will work better for voice but data will be lost.

I live on the outskirts of London, I’d be happy with that too.

Whereabouts in the country do you work?

I live on the outskirts of London, I’d be happy with that too.

New house construction or old one ?

That does make sense - however with 5G most telcos will have to densify to get gapless coverage (cities) or use an alternative design for rural areas. There’s limited value (to the company not the individual) in a dense 5G network to cover vast amounts of land with very little phone usage.

My WiFi super hub is shit for connections too.

There’s limited value (to the company not the individual) in a dense 5G network to cover vast amounts of land with very little phone usage.

Yes, agreed. Its a pity that people who said that everwhere should have fibre to the home/premises, did not recognise the lack of economic benefiot and staggeringly huge cost for no return. 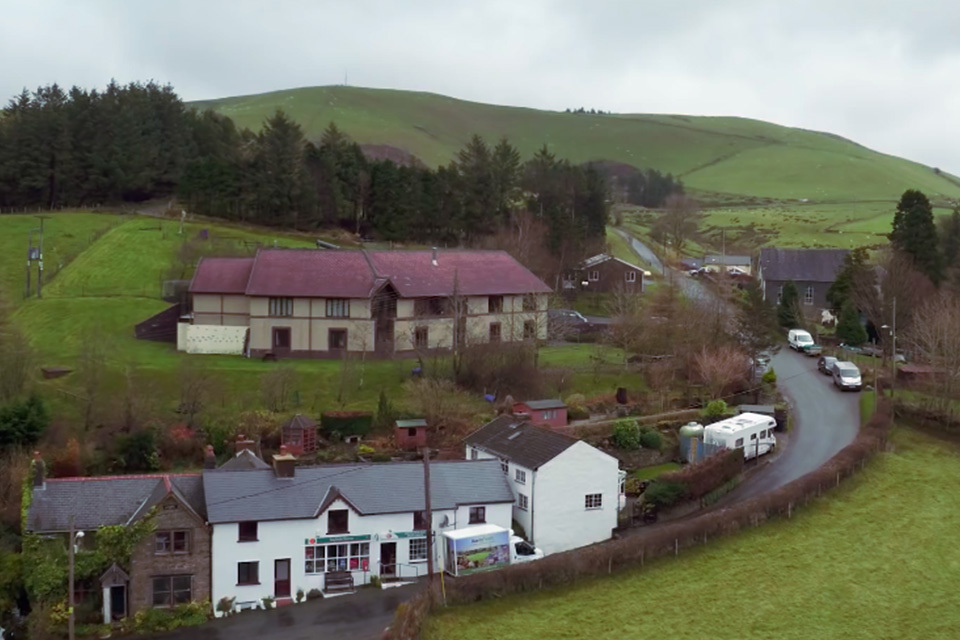 Poor mobile phone coverage will be a thing of the past as the Government champions a £1 billion deal with the mobile phone industry to banish rural not-spots.

Or we could go Ali G…there you go, set it to vibrate and finish yourself off…

That does make sense - however with 5G most telcos will have to densify to get gapless coverage (cities) or use an alternative design for rural areas. There’s limited value (to the company not the individual) in a dense 5G network to cover vast amounts of land with very little phone usage.

Exactly this. NBIoT is taking up some space also.

Optimisation is hard but stating that folks are merely not putting any effort into multiple tech layers covering sectors, is far far from the truth.

Thick stone walls at a guess ? Some masonry with high metallic ore content can be a PITA as well. But honesty, its just probably you’re too far away from the cell tower.

There’s a quite easy way to check - If you have an iPhone then follow this; 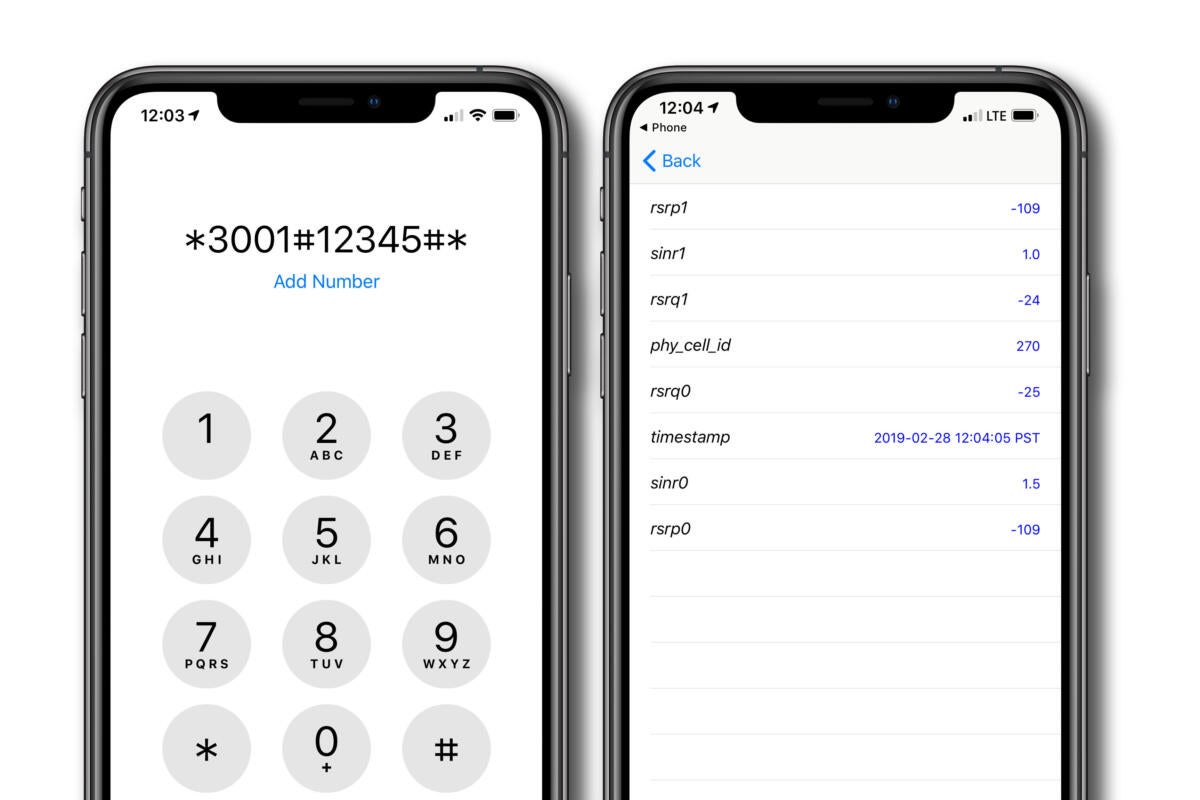 Signal bars don’t tell you as much as you think. If you really want to know the strength of your cell signal, use this hidden app.

Make a note in your house and then do it right outside the house on each side of it - you may get an indication from the strongest signal as to which direction the cell tower is placed.

If there’s a big difference between inside and out, then you know its your walls. If its very sim ilar, and the rsp0 number is a large negative one, its your location.

This is far more accurate than relying on signal bars which are just made up nonsense.

We[quote=“r0bh, post:26, topic:1174, full:true”]
Maybe we should nationalize all mobile phone infrastructure to get it working properly for everyone as clearly the private sector aren’t doing a very good job

We tried that in Oz with NBN. Didn’t go well.

This still makes little sense. Who on earth would put 2G and 3G and different antennas? That may have been true 12-13yrs ago and may be true in some countries outside of UK/Oz.

But any DM or RNE worth their salt shouldn’t sign off on a DDP that does not includes the correct feeder config and antenna port spec. If you are not aggregating carriers, then you shouldn’t be in the industry.

The only way to royals screw up optimisation these days is you have no handle on your TX specs.

Okay, lets try to explain a bit better as its not getting through.

Each array has a five mile transmission radius - any further apart than that and 2G no longer works as the signal is too low and they cannot put more power into it as the local schools claim it makes their kids eyes bleed or some other nonsense. All is well, even though getting that small number of towers agreed is a nightmare with every jobsworth in the UK.

Then comes along 3G operting at 1.8GHz which means for the same power output, the cell transmission limit is only 3.5 miles. The new arrays on the old towers now have a dead spot in the middle on 3G as there’s now a 3 mile bit in the middle where the signal doesnt reach. Schools still not keen on kids growing a 3rd ear so no power increase allowed.

So the operator has a choice - install another tower at the mid point and have three antennas all overlapping or instead decide that a 50% increase in infrastructure costs (3 towers vs 2) isnt worth it because nobody in the area makes much in the way of calls. So a gap appears. the locals voted down another mast to fill in the gap.

Then comes along 4G operating at up to 2.6Ghz - cell size is now less than half of what it was and the gaps got bigger. Two or more new sites needed in the middle to provide coverage. Four cell sites needed for contiguous coverage and to make it worse, the links between the cell towers now have to be fibre and the point to point backhaul radio links between them cannot cope with the capacity. Costs go through the roof, so the operator rebadges the cell sites antennas as 4G but leaves the backhaul links as 3G or worse.

You’re getting all techy over the physical antenna array and feeders but that irrelevant - its the phycical tower locations and the power wattage that matter because you cannot fight the laws of physics. 2.6GHz cells are much smaller than 900MHz regardless of the feeders and arrays, and nobody wants to put in additional cell towers in the middle, regardless of the antenna type as its a massive PITA and horrible expensive and time consuming.

Quite apart from the fact that no villager wants to see an extra 2 or 3 large antennas in their village so they can have 4G handsets. Just make the display simply say 4G and they will accept it.

Citiues are easier as here are lots of building tops that nobody can see that you can plaster infill towers onto and fibre is quite easy.

Most towers scattered around the UK out of the bigger cities are still the old 2G sites, with some 3G sites - i worked for a company that was the No2 aerial site owner in the UK for 2G and when 3G was rolled out so i saw these issues first hand.

What we actually need to do is stop wasting bandwidth on all the shitty internet crap, which would leave 3g speeds fine, and then we wouldn’t need new towers, new equipment or more fibre, and we’d save the planet with all the improvements!

My phone is currently displaying 4G+ in the signal bar. Not noticed that before; maybe something they’ve rolled-out in this area (Bristol) but not at home.

Having Googled it, it’s basically what it says, a better multi-band 4G connection. So looks like getting the ‘Max’ unlimited SIM only could take advantage of this (my handset is new enough to get 4G+)

Disconect the wifi and run a speedtest using OOkla