Who’d have thought, on a triathletes’ forum, a section on language and linguistics. Well, I know that we’re all a clever bunch so here goes.

I’ve read loads on language and linguistics, how it has evolved since language formed (when the Roman’s started to drop an ‘r’ from the end of the verb, there was outrage, until that outrage died off, as it were, and the word evolved!)

Had me thinking of a phrase that my mates and I used when we were younger in 70s. Started off playing football, and when someone hit the ball really hard, they’d Muller’d it (named after the German footballer Gerd Muller - fogive the lack of umlaut, my ALT+0246 doesn’t work here). That evolved into another meaning, and I caught myself mumbling today when I was in my gym room “hmmmmmm, I’ve really Muller’d my shoulder”, meaning I’ve really hurt/damaged it! Odd.

I should of known… I love that one, why pronounce an ‘h’ in have, when you don’t have to heh heh. I use have so must be old!

Have loads of other snippets but what local words do you still use?

I think each hobby also has it’s own language, especially in tri?

Not heard Mullered it for a while.

Different sports do have their own slang or dialect though?

One of the main reasons English is so pervasive is its adaptability even if some words or phrases make me cringe. Thank you, but I’d rather you didn’t touch my base

The grating from that though is surely the fact that it’s an Americanisation?

Yes, lots of terms i can’t abide/understand at the moment. But no doubt my parents thought the same when i spoke during my teenaged years! I do also find language fascinating.

Can’t really think if many phrases from my local area, as i guess they’re bastardised terms from Welsh/English. Words like cwtch (sort of like cuddle) and hiraeth (roughly a deep longing for your home country) are used when speaking English.

Trying to think of some odd Devon words.

I always thought u with umlaut was Alt129? Doesn’t work here anyway, either.

You’ve reminded of McIntyre’s names bit. It cracks me up. Not strictly colloquial phrases but similar… 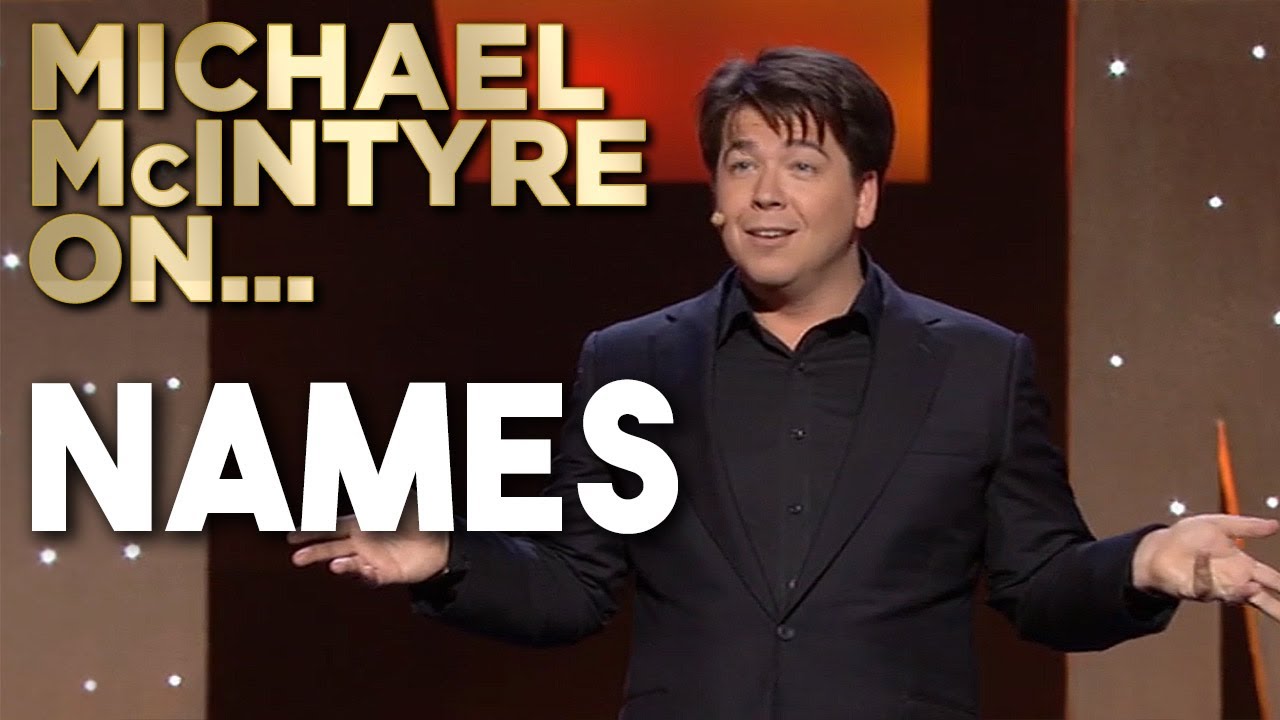 When I first started working in rural Dorset I heard pronouns used like this:

“The cow crushed I between the wall and the gate.”
“She said to I, go and get it seen to, and I said to she, there’s no need.”

Mainly amongst elderly farmers, haven’t heard it for a few years mind.

A couple from Somerset.

Gert = big. but is very often used together as in a ‘gert big tractor’.

We also use the word ’ Reen’ meaning a ditch but I’m not ever sure I’ve seen it written?

In Oz, we have loads. ‘cooee’ means distance, as in ‘you couldn’t get within cooee of that place’.

‘whoop whoop’ is somewhere far away.

‘Claytons’ means means something that is fake or a substitute for a better brand.

When I was growing up in the 60s/70s, I reacall my mum looking at folk dressed a bit different (fashionable, not Victorian heh heh) and used to say “Orrr, look ud er, looks like a roight Peeky Blinder”. She and her Mum were from or at least lived in Small Heath Brum for a fair while.

I love the word ken in Scotland - hear it much in Biggar, in fact sometimes ever 3rd word! With my minimal Germanic knowledge, I know where that one came from.

When I was station and traincrew supervisor in Skipton 1991, some of the old train drivers, used some obscure North Yorkshire words (many of the drivers were displaced from closed Hellified depot). There were quite as few who used thee thy and thou, and lots of other language a part-timer such a my good self never got! I did like 'appen this and 'appen that, and bally instead of bloody/bleeding/blasted perhaps.

Just thought of two more in Oz. (it’s amazing how quickly you fall into this when you’re there without even realising it).

There is a habit of putting the word ‘but’ to finish a sentence. It’s hard to explain. It goes something like.
‘yeah he comes from a wealthy family but…’
and then you’re waiting for the end of the statement and realise that’s it!

Another one is Aussies nearly always say ‘thanks’ where we would say ‘please’. As in ‘I’ll have a pot of Tooheys thanks’. at the pub.

I’m from the Black Country which is bordering on another language at times. My Grandad, and to a lesser extent, my Dad are much broader than me but I slip back into it when I go home. 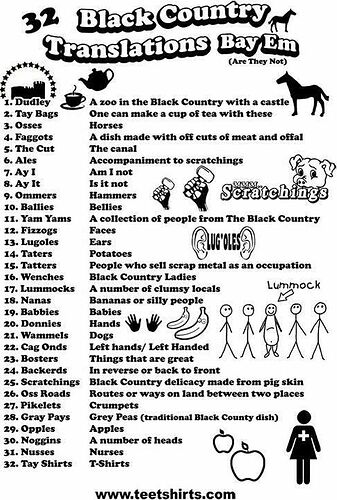 They’re just a load of yamps.

Hah, the end of sentence intenuation that nearly caught on the UK, you knowiiiiii.

I used to know some Welsh folk who ended each phrase with “isn’t it” and interestingly enough, younger Asians with “innit”. Other variations include “like”, “yeh”, “mind” and what about the filler, I love fillers (think we’ve discussed these before)… modern ones such as ‘kind of this’ and ‘sort of that’ and the older ‘um’ etc etc

They’re just a load of yamps

“Tham just a load a yamps” it would be locally.
Like Yam where YamYam comes from “You am, Yam” instead of “You are” and They am, Tham instead of They are.

ETA - I used to work with a lad whose favourite put down was “Yam a cacka”, I.e You’re sh1t

Being a Brummie I was exposed to the wonderful Black Country lingo, especially when the missus moved to Hednesford for a while. Next door were folk, in their 80s each side, who’d lived there since birth. Their accents were just wonderful, a joy. Sometimes the boss couldn’t understand them (she being a Lancastrian!). I just about got it

Yeah when i went to Swansea for Uni (and stayed for a year after) i very much fell into the ‘like’ thing.

My wife is Asian, (don’t get her started on what ‘Asian’ means unless you want a household war!). She uses the phrase ‘isn’t it’ when what she really means is ‘doesn’t she/he’. Drives me nuts!

Just thought of a couple from my parents. (deepest darkest Somerset)

Dad used to to say ‘Soss’ instead of ‘sauce’, or ‘sosspan’

On the railway (any other industries I wonder?), your meal was called ‘snap’. I still use that one just to confuse 'er indoors.

MRs GB and I are always arguing about this. Especially as the kids are getting very confused as we both use different terms!!

and when someone hit the ball really hard, they’d Muller’d it

so, it meant to hit hard…such as in drinking which is why it came into the language so readily…

A linguist on Radio 6 the other day was talking about when someone setting Caxton’s printing press errantly added an ‘h’ to gost… the rest is spooky history!