I hope you are all having. good day. We are about to have bacon and eggs, which is better than my usual toast and Vegemite or porridge.

I still can’t face eating. I’m hiding in the kitchen with a cup of coffee!

Boiler has been on the blink, so couldn’t risk it waking up the house when I got in last night. So I had to stand outside the back and shower under the garden hose! I was shivering uncontrollably!

Finally managed to have a proper shower and that’s teh best FD present I could’ve hoped for! (plus my nice little multitool!)

I’m still in bedv at nearly 9, I count that as a decent FD present!

…it pissed it down all day Thursday for my 250km ride, so I only did half of it.

My daughters birthday on Saturday.

Then I had all of my kit out for a 0530 ride this morning, but it was pissing it down until 0800.
It’s now sunny and 18 degrees.
So I’m going for a jog to nosey into Sir Hoy’s back garden and up to the top of the Edge and back down.

Been for a swim in the lake.

One child watching tv, the other asleep. Awaiting some sort of greasy breakfast!

I got a large tub of E45 cream (which I need for the Evild Hedge) but also find it’s a pretty good/cheap chamois cream.

A tube of Texas BBQ Pringles.

Mrs FP bought me The Joker on Amazon to watch at my pleasure. I haven’t seen it, pretty dark apparently!

Also, from my personal experience in Oz. A shout out to any Dads that can’t see their kids on Father’s Day.

A lie in today, and popping over to see the crumblie later. Have a lovely day people.

Home made card (really cool. 3D pop out effect) from my daughter. Fry up made by both kids. Then after a morning bike ride got a selection box of brownies and cookies from a local bakery chef who is starting up her own business. I may be mildly addicted to her brownie cookie hybrid.

Good Father’s Day so far. Got a clean bike (muc-off and hosed already) to dry and lube after a bath. Not sure life could be any better right now.

We’re off for a family walk at East or West Meon. (I can never remember which one is which). Then back in time for the Zwift Pack Ride. 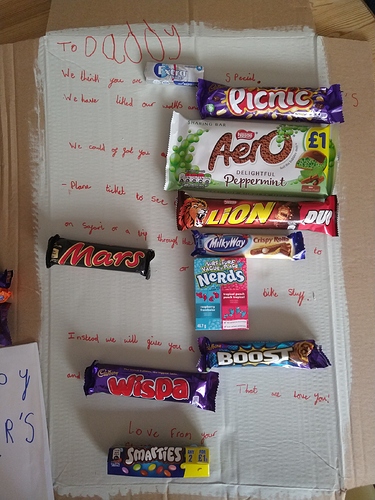 A lovely card from the 4 dogs and a book about buying your first caravan. Obviously the wife did all this.

Nothing from the stepson, not a surprise as he didn’t the wife anything for mothers day.

I’ve not had Nerds in years. Enjoy!

That’s good going, and not even 2pm

Bacon and eggs in bed at about 10 oclock then a kip (I only got 3-6am last night), Ive got a lager in my hand and a box with beers, chocolate and snack for later

Happy Fathers Day guys, and to those that came before us.

Seen my son for the first time in 3 months today.

A quite special Father’s Day …

Woken at 5am by the horde who had discovered just how cold it can be in a tent at that time.

Gave twins their presents from family members, but mysteriously they didn’t get much from their mum and dad.

Opened my own gift, obviously from wife. Inspired by “Last dance”, a basketball hoop/stand and ball. Built that, surprisingly tricky, then played a few 1 v 1 games vs eldest son. Won them all! (He’s 9!).

Then told kids we are going out for bike ride, opening shed to reveal the new bikes we’d got them. They’ve always had charity bikes and hand me downs off big bro so to have new bikes clearly meant everything to them. One of them even told me they were the 2nd best presents ever…after the Guinea pigs they got at xmas.

Anyway, he-man reflection moment: Father’s Day is only Father’s Day with the kids on board. They made it. Spending a load of money on them cos it’s their birthday and having them happy clearly helped cos it’s been a corker. Not even missed the lack of any training. Now: where did I put the bottle opener?

No tears for me, but lovely to see them both.

This was the closest I got to a fry up. 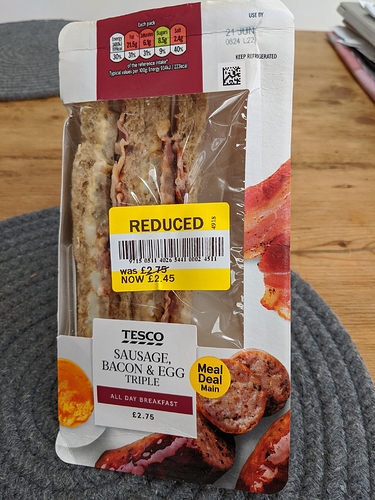 Cooking a risotto now with this in hand. 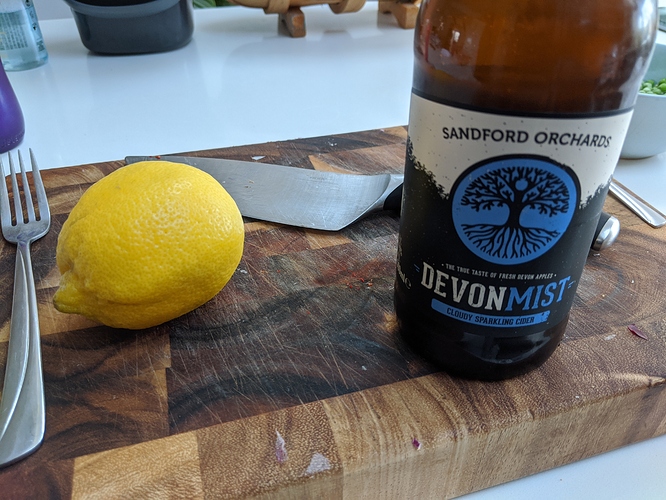 They’re only 7 but have never had a bike with working gears, not much call for it round here.
Even so, shimano revoshift worked wonders for their confidence and found one or other of them glued to me entire time during ride. Sometimes I found one of them alarmingly close when I wanted to stop for some kind of obstruction ahead.
Still, learning how to draft for IM Barcelona 2040 I guess…?

Re the other thing: My dad had a stroke early on in lockdown; crushing to not be able to give him a hug when I took his tablets over…hopefully this part will be over soon, but yes it’ll live long in the memory as a weird one. Wonder how much our kids will remember it?