Yeah but come on. That was swim biff rather then Dirty Harry’s antics but much more importantly AB dunked Chase mcQueen. Chase FFS, he should be dunked at every race by everyone. 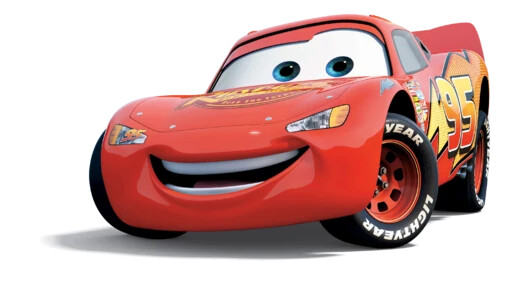 Yee vs Wilde on WTCS B run. Luis pulled up.

Was going to watch on iplayer or live catch up but thanks to our dear friends at the BBC the results were the first thing I saw, wonderful

Very clever by Yee. Sit in for 3 laps while Wilde does all the pushing and they drop the field then he surges ahead before a feed station and fetches a bottle of water for Wilde.

Sporting, but a great way of saying ‘I’m comfy’.

Luis injured? I switched on literally at the moment they showed Luis stopped and leaning on the fence.

I thought that. He barely put the bottle to his lips. He can’t have even got any water in his mouth. That was a very subtle move.

Luis seemed to be having his pulse taken when he stopped. After leading the swim, he seemed to be fiddling with something on his bike and then jacked in the run. Maybe it was his HRM he was trying to adjust and he had worrying high HR. Has he had covid recently? 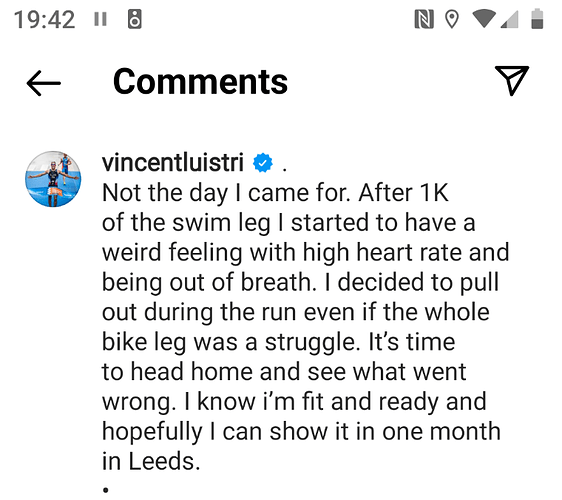 Fantastic run race, bit of a bore to that point. i guess Alex and Hayden will be the Gomez Brownlee of this generation, both really down to earth as well.