SpaceX launching astronauts for the first time in half an hour, might be just visible on the horizon later then again after ten low on the SW horizon

I saw the flight path and it was south of Surrey so you’d have been unlikely to see it from Edinburgh!

Tim Peake says 10.10 low above horizon from West to South East going under the moon. I’ll have a look from Manchester

I see the ISS

I don’t! Too bright! Can’t even see the first star yet…

Yeah it was directly under the moon at 22:13, from here in South London 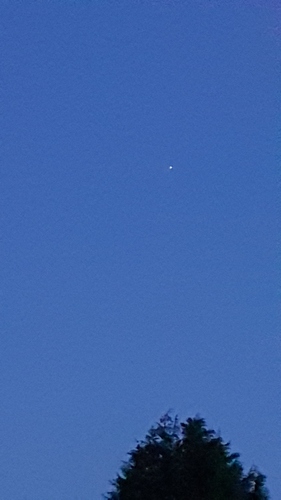 ISS was nice (watch in landscape):

so was that the ISS I saw ?
they should have made them different colours so we knew which we were looking at

as I have been following this, I’ll have to watch the docking at 3:30pm today

Im just going on the above posted from Tim Peakes. Docking in half an hour then

Watching the docking was cool