For those of you that are Spotify users. Their annual summary is out. Post here what you ended up with, then maybe go over to the guilty pleasures thread and fess up! 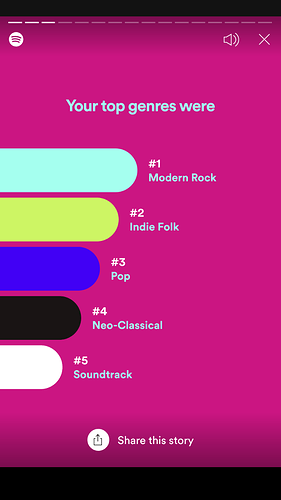 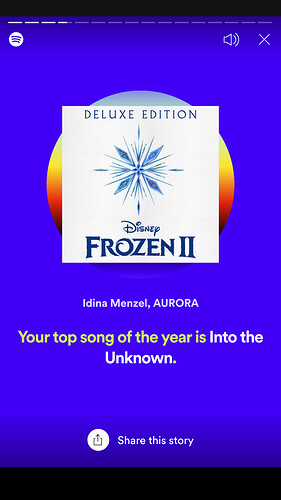 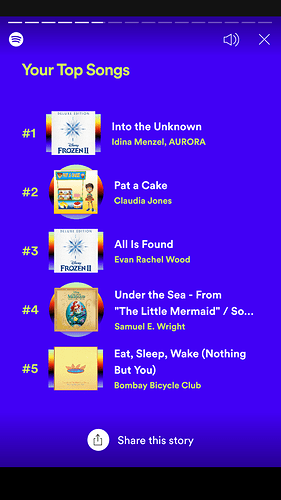 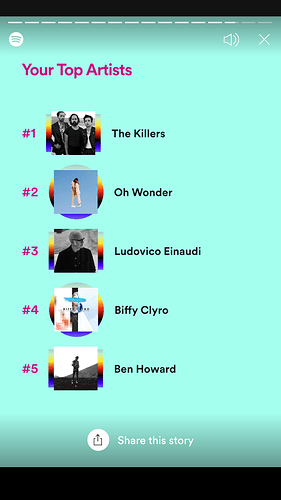 I was thinking the same thing!!!

Dua Lipa is a non-guilty pleasure.
I mean, have you seen her?
The remix album was mainly not as good as the initial release, but I enjoyed the addition of DaBaby on Levitating.

My 5th track “SUGAR (Remix)” by BROCKHAMPTON has Dua Lipa on it, too.

(Miley Cyrus released her new album too late to make it to the list…but then I also listen to Kano and Open Mike Eagle, for the Balance) 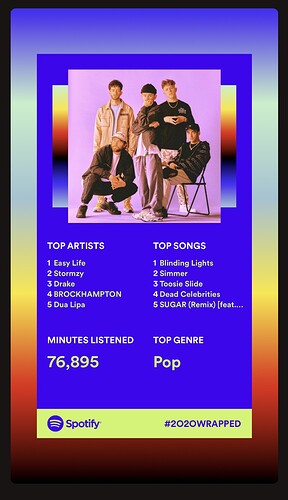 I wouldn’t be able to name a single Dua Lipa track!!

I doubt my most listened artists and songs are as high as previous years, as i’ve tended to just stream my daily mixes, artist radio’ or genre playlists. So that meant that i ‘discovered’ 806 new artists this year!

thank you - nice to surprise a few people! I have a right mix of tastes in music but have been a fan of Dance and Electronica for many a long year probably stemming back to my Uni years and being a fan of Pink Floyd, Roxy Music and other progressive bands and moving on in time from there. but my grounding in the 60s was in Soul, Blues and Tamla so I still listen to a lot of that and I do like a lot of the modern soul stuff like Jessie Ware. but never really been a Metal, Hard Rock kind of person - it’s OK in a stadium setting but not something to sit and listen to.

Far Freddys Drop as well?
Their new album is ace

I listen to quite a bit of classical as well now, mainly just Scala radio. But also lots of ‘calm piano’ type playlists. I like the neo classical stuff.

Very much a combo of what I listen to in the car etc, and workout music.

Oh but come on…artists and tracks!

I’m a bit dull in my music choices

I’m not sure I even know my most played song - can only assume it’s my partners listening habits. 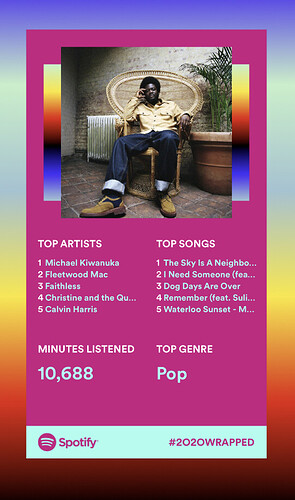 Can tell we didn’t have many road trips with the kids his year - not much dua lipa, ABBA and the rest of that genre.

His new album (this year) is great.

Got into him after the TV Suits has one of his songs on.

@awildt - Odd that your tracks aren’t your artists! Good selection there

Love a bit of Fleetwood Mac 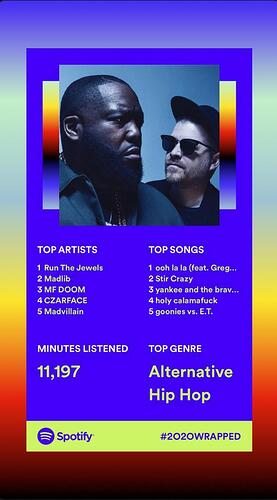