Okay, we’re a fitness audience here, and mainly male. However, is there really something in this ad to cause such a social media shitstorm?

There’s a Wattbike ad out there too, with a woman. Is the Christmas gift aspect really that unsavoury? I gave my wife my surplus Garmin, does that infer I’m pressuring her (she’s hooked on using it now apparently

No, a certain portion of the population get up in the morning thinking “What can I find to be offended by today?” and they found this. Or the even more vociferous sub-group of “What can I be offended by on someone else’s behalf?” who are even worse.
Ps. No-one hates the Peleton ads more than me, I’m close to doing an Elvis style TV shooting everytime they come on. I see #smashedit has become #crushedit now too, I would think smashing is better than crushing.

Didn’t we have a thread about this? I remember asking if it came with a food mixer, 'cos chicks dig those as well.

That was the original campaign for Peloton; but now people are really angry, not just ‘meh’ like we were. 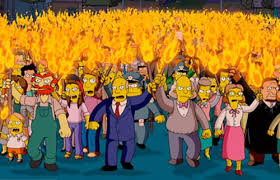 Its a shit ad, and I suppose mildly offensive. Nothing to get worked up about. Aviation Gin which Ryan Renyolds owns/ is involved in have done an ad with the same women, looking depressed at the bar, thats quite amusing.

If anything I just find it incredibly cringe, but that’s American adverts for ya

It’s an awful ad. Naff. Dated. Like something they’d put together on an Apprentice task. I think Peloton deserved everything it got for commissioning that.

If he gets you a Tacx Neo Bike would it be different?

A young bloke in the gym changing room the other day was telling his mate that he thought his girlfriend was getting a bit chubby, so he’d bought her some trainers for Christmas so that she could do some exercise

So would I !! I wonder if they’ll end up where the sun don’t shine.

Presumably there are some people who want to have a peloton bike, and those people would presumably be happy if they got one as a Christmas present. So I assume the issue is thinking someone ought to want a peloton bike. But surely all men are such good gift givers that they never misjudge these things? 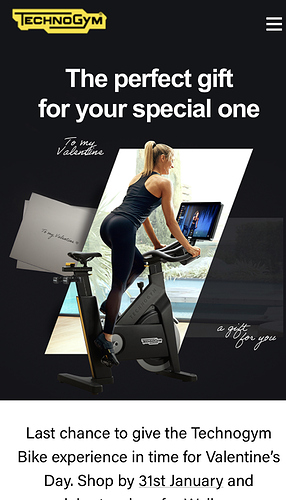 The Peloton shop in Canary Wharf didn’t seem to be doing much business when I passed it at lunchtime the other day.

missed the ad…what was the beef?

It was a touch on the sexist side

It was a touch on the sexist side