The Heat and Me

OK, so I’m not even talking real heat here! But it would appear that I’m a proper heat phobic Welsh man! Don’t get me wrong, I love being in the heat and can handle it fine. I tan well, and don’t have any issues, even at moderate effort levels.

But. When it comes to max effort my body just cannot cope! Ran a trial 10km today in low 20s and sunny. I just totally imploded! As soon as we were on the first hill the HR was up at 194! I knew there was zero chance of carrying that through for 40 mins, so backed off a bit. But it didn’t really help.

I recced the course last week (at a medium to strong, controlled effort) and was only 40 odd secs slower than today’s race! But I was working WAY WAY harder today.

Grabbed two places back in the last 200m with my trademark fast finish, tipping the HR out at 198! 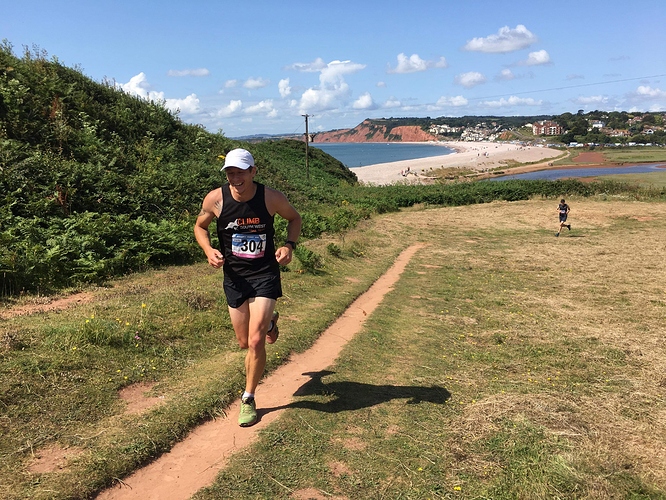 Your eyes don’t appear to have melted.
Not heat

I melted inside out!

Could you correct the thread title please:

‘Room temperature and Me’

People mistake being able to cope with the heat when they are just sitting around, with what ist like when exercising in the heat.

Up to about 35C I have little problem but if you put me in the UK, in 30, then I know I’ll suffer because of the humidity.

You may have exploded at 20`C but the key question is what was the wet bulb temperature ? Its entitrely possible it was higher that day even on a lower shade temperature so your body would have trouble sweating ‘even if its only 20C’.

Have you tried heat acclimatisation techniques? I’ve found tactics like saunas really do make a difference

I’ve not really had to, as It’s not derailed an a race yet. When I did my London build I was doing overheated runs once a week to heat adapt (as well as other adaptations). So don’t know whether that worked or not.

This was just a one off race for a bit of fun. But it made me realise that every 10km I’ve bombed on in the last few years has been on a warm day. But yesterday was something else with the hr numbers. I actually feel like I’m getting worse! Age maybe?

My A race this year is a 100 miler across the Brecon Beacons in December. So I’ll be fine for that!

I was thinking same as you the last couple of years - I couldnt handle heat - but my experience at Lanza and Zurich this year is that if you’re pacing and drinking well, you don’t overheat. If it’s not - going hard on hills with the wrong helmet in 32° - then, yes, I’ll fall apart.

Temperature tonight at the Hudayriat track -97 degrees and low humidity - which is strange as its surrounded by shallow water on three sides and is usually like a sauna.

Felt quite cool due to the lack of humidity.

I used to live there and have run up that cliff path many times. used to turn left at a footpath past the Otterton sewage works and then back along the river Otter home. Or go further up the river to Rickety Bridge and then home…happy days!!

That was the exact course of the 10km! Past the sewage works, over the metal bridge and back down the river to lime kiln carpark.

A few years ago I used to be alright in the heat, running wasn’t too hard and I’d often lose a lot less time than others, but in the last year or two I seem to bomb when it gets really hot.

Although I don’t get much experience of heat, I do go to the sauna a bit but have got out of the habit recently.

I think you need to run half a dozen times in hot weather to adapt to the heat. When weather got hot, I noticed my HR was significantly higher, having done quite a few hot runs, my HR is back to where it was in the winter

Heat is a stress. I remember Frodo talking about Kona and that he drops is IM pacing by either 5 or 10% (can’t remember which) due to heat and humidity. Always think heat is one of those reasons to wear a HRM so you can monitor the affect it has on you.

A couple of extra thoughts.
Whilst adaptation is absolutely possible - Matt mentions a few runs in the heat - in my experience when I have adapted a bit I think it takes several weeks unfortunately and I don’t know how I could do that in the UK.

Wearing a HRM might be vital for racing. I don’t normally bother with one and can pretty much guess my HR accurately when ‘tested’ but I think the heat might throw RPE out and a HRM would help this.

Finally - race situation - And this might be a game changer for me - I’m wondering about warm wetsuit swims in high temps. Hamburg was 24.1 with high air temp and I felt like I was cooking on the bike. I pretty much never feel like I am cooking on a bike ride (run is different) and I have started to wonder if I actually cooked on the swim. Something to investigate further I think

Did I mention saunas?!
Seriously, my experience is they help loads. (As do treadmill runs in hotel gyms with zero aircon!)
There’s science behind it too (I’ve previously posted the link I was sent by a club KQer)

yeah, and I have seen Matt Dixon’s ‘Sauna Protocol’.
For me I’ve found they help a little bit, but don’t make a ‘gear change’ difference unfortunately.

I guess like most things, the “response” can be individual.
Out of interest, how long did you persist with them for, and what was your approach / measure of whether they were achieving anything?