The IT Thread - Your questions

There’s a lot of experience on here, and rather than have random IT related issues in other threads like Zwift, I thought we could have a thread.

So for me, a couple of things I’m currently looking at, related to running a dedicated Zwift machine.

I have managed to get an old Dell workstation up and running with Zwift with Win 7. It is 32-bit so won’t actually run zwift but I have it on my (fairly old Samsung S7) and then ‘mirror’ it onto this pc using Scrcpy which is free. Had a go on Zwift the other night and it was good enough quality on the full screen. I would be interested if any IT people on hear shout NOOOOOOOOO to this solution

I know Jim has said he thinks 2BG RAM is enough;

For zwift it is, but if it turns out it’s not for other stuff, a 4gig memory is gonna be 20 quid and easy to add later to take you up to 6, or just have a look for a recon that is already a few quid more. It depends how close you want to cut the specs vs cash really. SSD and the graphics card are going to be more relevant than the RAM for zwift.

No zwift on Linux that I know of, so will need a windows upgrade, so either not-legit, or a big chunk that’ll get you on a new machine with win 10,

I’d upgrade the Dell and get a copy of Win 10 pro on it - you can buy this for £30 from these guys - https://theunitysoft.com/?wmc-currency=GBP

I’ve used Softwaregeeks (as they used to be called) in the past and it’s all legit stuff at good prices.

You can run Zwift on Linux but it looks a right faff to do so, so Win 10 would be the better choice.

alternatively if the monitor you have is OK get hold of a mini-PC - I have one of these in the pain cave with a 24" monitor and it runs Win 10. less than £200 so cheaper than a laptop. 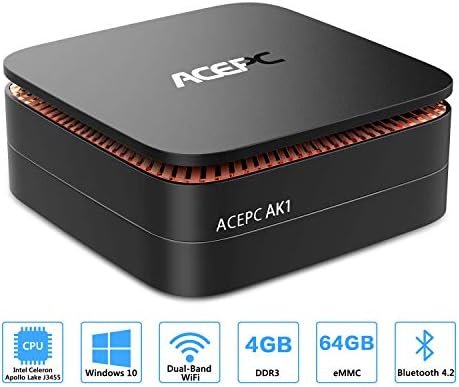 If I went for a reconditioned laptop Online, what specs would people recommend? I know Jim has said he thinks 2BG RAM is enough; I don’t know as I’ve only used our family 6GB laptop or my Moto G7 Plus phone. I looked to see how much a reconditioned HP EliteBook like my work one as, but that was well expensive! (I will not even attempt to install Zwift on my work machine!).

I managed to get a reconditioned Thinkpad X250 with 8gb ram, i5 processor, and 256gb ssd on ebay for £200. I can’t quite fathom why the processor fan is running so loud literally from switching it on, but as I bought it pretty much to get me through this lockdown as a zwift machine, that’s not a problem given I have a louder fan running anyway, plus the noise of the turbo.

It’s already so much more relaxing. The computer is on within a few seconds of boot up, and zwift is running inside a couple of minutes. Much better than the sometimes 5 minutes, sometimes 15 minutes of my old machine which was simply to load up zwift!

It also came with Office pre-installed which was nice. So at least I can do some typing at home now too if necessary (the old machine was so crappy it would fall way behind touch typing and so you’d have to stop and wait for it to catch up #sigh)

One of the common, easy fix problems with thinkpads that leads them to be in the reconditioned pile is cpu or motherboard failure, if the fix is a bit ropey the fan is then less effective, so you end up with worse cooling mean more fan required. You could open it up and make sure all the processor fan heat sink screws are screwed down well.

Thanks for the suggestion. My experience of computer internals extends to watching one of my mates build his own media centre PC for his house about a decade ago, so I’m not sure I’d be that confident opening it up and not bricking the thing! Although maybe in another week or two of lockdown I’ll be looking for something “different” to try and do!

I thought about replacing the fan on our HP Pavilion, but a new unit was around £100 and the whole thing had to be stripped down to do it

We’ve got a HP Pavilion and when the fan starting playing up our local PC repair guy said there’s a design flaw where it sucks up loads of dust/fluff that gathers in one place and jams them up. He said he’d done loads and all they needed was a deep clean.
Unfortunately ours did need a new fan in the end so make of that what you will.

I never shut ours down fully; otherwise I always get the Fan Warning on boot-up. It’s been like that for about 2 years. Still going.

Why would you just not get an Apple TV 4K box? They are like 160 quid on Ebay and you have always on trouble free Zwift.

This is my only Apple product so I’m no Apple fan boy but it just works. So many times when I’ve arranged a meetup with friends they drop out of the race or can’t get started due to a technical glitch. No windows update or Zwift update to worry about just jump on & ride.

My set-up is in the garage, so I don’t want to be buying a TV in addition to a ‘box’ to go in there; I want a portable solution.

Would the signal from Bluetooth or ANT+ from a power meter reach 10metres to an Apple TV box? (Can’t believe I am even thinking about this…!)

10 meters seems a long way, you would also need a similarly long TV connection? I could test it for you though.

I would opt for Bluetooth than ANT+ over that distance

You mean you need a garage set up. Every garage should have a TV anyhow

No, I already use the garage for static training. A TV is just more clutter. Plus it would block the view out of the main door! (bike is set-up at the rear between a treadmill and access door, facing out the front).

My turbo is in my living room. The power meter on the bike would be 6m away from the tv. It’s a combined living/dining room, a long narrow room. Would be very grateful if you would!