So, there are plenty of paddlers, surfers and maybe even a sailor or two out there.

Having secured the sale of my Rotor/P2M, I’ve got a big chunk of cash toward a 2+1 sit-on Kayak, and I’m on the cusp of pulling the trigger on a new one…ffs it’s as cheap as they are going for on eBay right now! Looking at a camping trip with the kids next month too (a tent I bought last year but not used!), right on the Brecon/Monmouth Canal and River Usk. I’m getting pumped over this…make me press the buy it button

I have had something like this: https://www.naturetravels.co.uk/category-canoeing.htm on my list for a few years now. Just need to wait another 4 years i’d say until both girls are old enough.

So i’m thinking an Usk version is the ideal stepping stone for that! We hired a few canoes from somewhere near the army camp in Monmouth a few years back when one of my mates was stuck there. Man that barracks was ropey looking!

Basically just geddon and do it. Loads of nice spots up near you/within sensible driving distance.

Kids will love it!

Pack the bug spray for Scandinavia!

We bought a seyvelor (?sp) Tahiti 2+1 inflatable kayak 10 years ago, and have had some excellent times on it. Really robust, when deflated weighs about 15kg but folds into a rucksack. So can take it anywhere

I just looked up what one of those is and I’m not sure about ebay but everyone on Amazon seems to be out of stock. So I’d say press that button!

I suppose one thing to consider would be whether the cold from the water transfers to the seats at all, this could affect how much it gets used with kids?

About 17 years ago I looked at buying an inflatable kayak, decided it was really too crap to spend money on. Considering it again now, although it would have to be one that works as a canoe because someone doesn’t believe you should do it sititng down.

Was that reply meant for me FP?

I’m going for a sit-on because it’s the most versatile; rivers, lakes and coastal waters as long as it’s not too rough. The one I’m look at has padded seats that come with it; so that should increase comfort levels. Weather permitting, it gives me something to do whilst down at the parents too, as there are loads of options in the Plymouth area.

It was for anybody really. I have no experience with them. I saw a guy on the river with one and it looked fun but I wonder how much I’d use it?

I used to paddle an old Kirton Ranger, but I was on the upper weight limit for it and it was just a bit too tippy for me. I was a lot more at home in a Tor or hobby.

Hopefully it will encourage me to visit my parents more; two birds one stone!

I now await the grief when it arrives

Praise be to the lockdown spending.

Unfortunately not. We got given a hand-me-down for the big kid. Little one wears her swimsuit thing with floaty bits around the middle. But we will have to upgrade probably next summer.

Where my 6yo is concerned, the best life-jacket, is the one he will wear

So is the Usk better than the Wye for paddling? Tempting to plan an A to B trip at some point, and see if my wife will drop & collect a couple of days later.

There’s only a small Army Reserves Centre in Monmouth iirc. Do you mean Beachley Barracks on the Severn near Chepstow?

I’ve got no idea i’m afraid.

No it was that crappy one in Monmouth itself. I think my mate was in between stations (or whatever you call them). He was up in Nottingham and was then moving back down this way before he left the Royal Engineers if my memory serves me. It was a few years ago.

There was barely a soul on site, so 4 of us stayed there overnight. Cheaper than a hotel, but left a lot to be desired!

I think we hired some from a company that dropped us a few hours up river and then collected us back near their depot. So we paddled, mucked abnout and stopped at a couple of riverside pubs. This must have been 6-8 years ago now. But deffo something i’d like to do with the kids when they’re older.

So you’ve a couple of years to scope all the best spots and then share them on here! haha

Just need some buoyancy jackets for the kids. Any good suggestions

Anyone wakeboard?
I am lucky enough to live close to a cable park in Milton Keynes which was first opened about 15 yrs ago as a cable waterski but wakeboarding has since taken over in popularity. It is a cross between skateboarding, snowboarding and surfing, with a bit of open water swimming thrown in when you fall off. Season ticket is £220 for Apr-Oct open between 4 to 7 days per week, so cost is almost negligible once you have the kit which can be had for around £150 used up to maybe £600 new but lasts pretty well unless you are really hammering it. You need to be fairly gym-fit to do it, as starting and being dragged along and round corners at 29mph is tough, particularly on beginners. The hard part though is having the bottle to do the ramps, rail, kickers and aerial stuff. A botched landing doesn’t usually hurt as much as hitting snow, wood, dirt or tarmac, but you can still hit a hard box or catch an edge and apply a lot of leverage to joints (had a bit of a detached-retina scare last year too, but all ok now). I have found it addictive though, and great fun to compete with a growing kid. Motivates me to do some weights and abs in the winter ready for the next season plus it has made me a bit more willing to try more tricks when snowboarding, skiing, mtb-ing/bmx-ing and mx-ing.
A growing sport with a lot of parks appearing in UK, Europe and further afield, and it was going to be an Olympic demo sport soon. 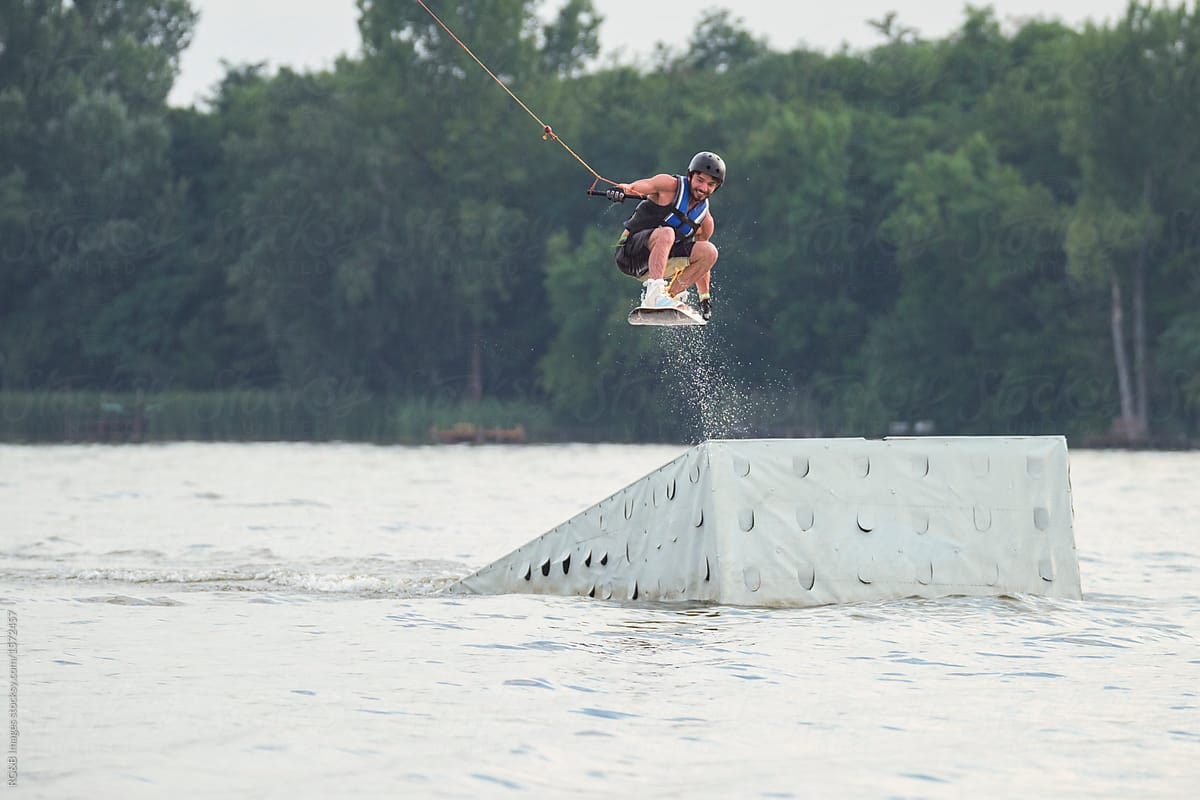