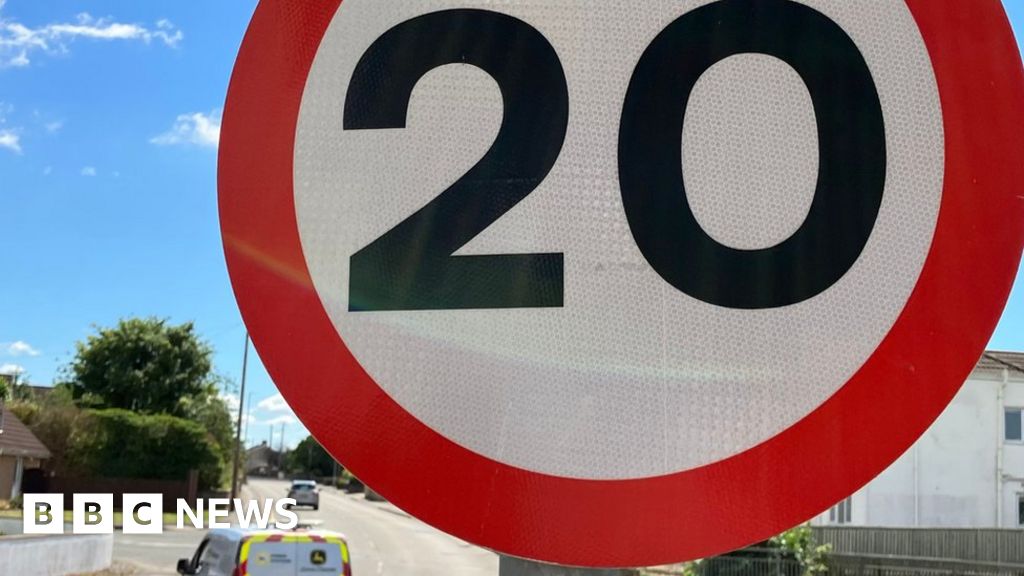 Speed limit to be lowered to 20mph in Wales

It is claimed Wales could be world's first nation to adopt a 20mph default limit in built-up areas.

Finally the M4 between Newport and Cardiff will speed up.

Liverpool Road is a couple of miles from my house. I drive it to go to my swimming pool occasionally & it is quite annoying. The lads I work with who have to use it as their commute journey are fizzing

We have 20 zones up here which kills off TTs as the cars are going slower than you and block the road.

Was going to post a bit about this last night. I follow a couple of moto YT channel. One I used to follow but haven’t for ages, because he’s a monumental blowhard fucking moron, is Stuart Fillingham.

I do check now and then to see what he’s moaning about this week ( he’s always moaning, he’s from Yorkshire!

) I don’t watch the clips, just read the comments. His USP on his site is always about riding slower, a better time from days gone past, etc etc. He keeps saying you don’t need to ride fast to have fun. He has a few bikes but seems to like a RE350 most of all.

Anyway, he keeps going on and on about the joy of taking things slower. But his clip is a non stop rant about lowering of speed limits

He has a point though; cornering at 20 in a 2CV can be exciting

We’ve got a mishmash of different speed limits around here. In Lambeth it’s a mixture of 20mph on small residential roads and 30mph on bigger roads. I think Southwark, just over to the east of us is all 20mph and Wandsworth to the west seems to be mainly 20mph, but some roads are 30mph

I think it would be less confusing if it was a uniform 20mph so you don’t have to worry about whether you’ve crossed a boundary and missed the sign.

Obviously, some people still drive way in excess of even 30mph, including around schools at school run time, so it’s all academic really

. I guess if you make it a 20mph limit most people will drive <30mph but if it’s a 30mph limit you’ll have more people driving at 40mph+

I think Wandsworth is “all 20mph” but the problem with the london boroughs is that the “big” roads they don’t control, so they stay at whatever TFL thinks

Drakeford getting bored because he can’t lock everyone indoors any more?

It’s almost academic if they aren’t going to enforce it, or provide safe cycle paths etc, until there is an accident.

But agree with your point that if it’s 20 people will likely keep below 30, the +10mph mentality

What the nay-sayers seem to miss about driving in Wales is that there is so little traffic on many main roads once you get away from the coastal M4 and some of the valleys, that you can really blast along to your heart’s content and makes driving much more fun. Many of them good roads have warning signs for motorbikes to slow down as they blast along

if they aren’t going to enforce it,

Did I miss that they aren’t enforcing it?

Even if they aren’t, an honour system can be surprisingly effective.

That was being slightly sarcastic in that all these new laws are rarely policed due to lack of numbers and they generally focus on perceived serious crime.

They could do average speed cameras.

But, yes as I agreed with whisk it might mean people go slightly slower and it only takes one person to do 20 and it is enforced.

But that often makes people impatient and reckless.

One problem with average spped cameras in built up areas is that drivers may be so transfixed by the speedo that they don’t see what is going on out side the car.

I find that in city centres that I don’t know well that you spend time looking for them, checking your speed, bus lane cameras etc, so concentrate less on the road.

I try not to drive in cities these days.

the satnav in our CHR will bing when you get to 500m from a camera whether you’re using guidance or not - cameras are clearly hardwired into it but not sure how updated it is.

I think the satnav in our Passat needs a map update because it’s still showing loads of roads as 30mph speed limit when they’ve been 20mph for quite a while.

I assume Apple updates quite regularly through your phone, while the car satnav probably requires an update when the car is serviced

drivers may be so transfixed by the speedo that they don’t see what is going on out side the car.

Arguably, those drivers shouldn’t be driving at all.

Life is made easier by cars that detect and alert speed limits and or nearing speed limits. But if they are unable to operate a car safely and within speed limits, I’d question their license.

I think my CHR can get updates through a wifi connection using the My Toyota app - but as I have never used that since downloading it, I have no idea really!

ETA: no it doesn’t update maps - in fact does little more than fuck all so no idea what use it has! and it would cost £120 to update the maps so sod that [deletes app]