Not sure if this has ever been discussed before but thought be interesting to see some of the odd-er things people do outside the sports realm that people might not have had you down for.

Im more a runner these days than a triathlete but besides the general outdoors stuff I’d say two of my other interests are in some ways an extension of this as the other stuff I quite enjoy:

So what about everyone else? anyone else got any slightly more left-field hobbies or collections?

I’m a mushroom forager - been at it for over 30 years and have a pretty good knowledge of what to eat and what not to eat. Have tried many edible fungus over the years but now tend to stick to a few species which taste good, and more importantly, dry well. the UK is well blessed for many edible species including ceps (and it’s many variants like birch bolete, bay bolete etc), horn of plenty (although I prefer the French name - trompettes de mort - death trumpet!), chanterelles, girolles, field mushroom, parasol mushroom to name just a few!

there are only about 2 species that will kill you, but many that will make you sick - and we work on simple principle when eating, if in doubt don’t!

as they say, you can eat any fungus, some of them just once…

Photography is my thing, not really something that is considered weird, but something that is becoming more and more left field. These days everyone with a smart phone and in Instagram account thinks they are a photographer, believe me, they are not.

Camera sales are now about 10% of what they were 15 years ago, especially the compact, easy to use sort, they are basically dead.

For me its not just about capturing the images, I probably spend more on books by famous photographers than I do on printing my own, I am particularly keen on images by the Magnum group and Don McCullin.

Mine are fairly similar to your really. I’ve always been a great lover of the outdoors and wildlife. Whilst i’m not a twitcher, i am fascinated by birds of prey in particular, and am a bit of a sponge for any wildlife knowledge and experiences. We’ve got beavers (the mammalian variety) down in the local otter as part of a trial and i’ve been meaning to get down to see them again. I saw a couple when they were first introduced, about 5 years ago, but they’ve since been successful in breeding and have populated fruther down river. It’s cool to see all the signs of them, but i’ve yet had the time to go at dawn or dusk. Similarly they have reintroduced some Fish Eagles on the Isle of White and they’ve been spotted as far up as here on their big ranging trips (as well as the Lake District and other places). I’d love to see them in the wild.

Whilst not really left field as a hobby, i guess it is a little more so for someone in their 30s, but i’m really into my gardening at the mo and trying my best to just absorb as much information and knowledge as i can! Wanted to get into foraging, but like you mention, i’m a bit scared of fungi. Mrs GB came in with some mushrooms from the allotment the other day. It looked a lot like an edible variety (can’t recall what it was now), but both of us were too scared to eat it! haha.

Used to do a bit of photography as well, but that’s waned since kids arrived. Like you say @LordFlasheart it’s too easy to just grab a smartphone and i admit that rarely carry my dSLR these days. I don’t have the time to set up a nice shot and really think about all of the componments of the photo as i’m likely to need to sprint after one of my children within 2 secs of starting! I’ll get back to it in time though. 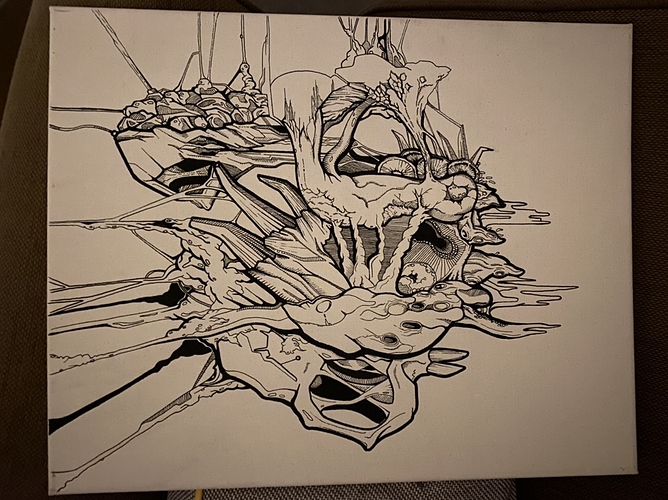 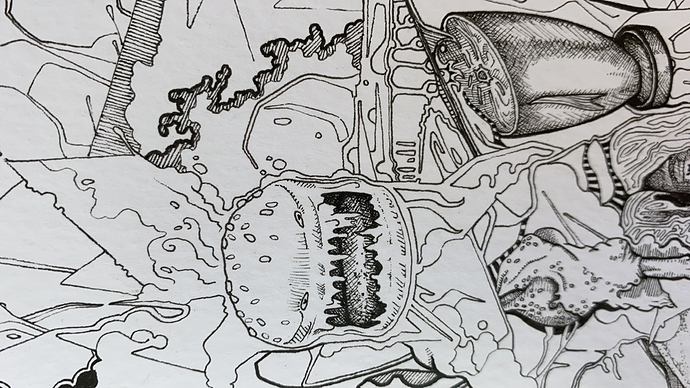 Although mainly it is just doodling on cards while on conference calls, but when you do as many calls as I do, you quickly accumulate a lot of doodles. I literally have a shoe box full of them.

My drawing skills are currently below my almost 5yo!

Really, these are all very normal hobbies. Anything ‘weird’ or odd you probably wouldn’t post here

Maybe its misdirection. I present one hobby to distract you from my REALLY weird third hobby;)

I’m also a birder (prefer that term to twitcher) - have been most of my life from a kid growing up in the country and collecting birds eggs before I saw the error of my ways. I now volunteer on a local nature reserve which is a well known habitat for a wide variety of birds with lots of winter and summer variation including many rarities. overall, including all flora and fauna, the reserve is home to over 300 rare or nationally endangered species inclduing many that are only found on the reserve or in local areas.

Ate some mushrooms a couple of times in my youth. Had interesting experiences

Personally, I think if your RHR is above 60, that’s just plain odd.

Aeromodelling and most things aviation. Used to do gliding before wife and kids and would like to go back to it, one day.

Motorbikes are my other main interest. I used to like modifying older bikes with more modern running gear etc. and bought an old Myford lathe so that I could make the odd spacer or doodad as required.
When I’ve got more time (retired probably) I’d love to learn how to use it properly and get into some sort of model engineering, stationery engines, steam engines etc.

I used to also fly Gliders, absolutely loved it, but it just got too expensive. When I started to look at buying my own rig she knocked it on the head.

I play the violin (used to play well, now I just muddle along) and am learning the piano.

Between tri and 3 young kids I barely have any spare time anyway.

Archery. Compound bows these days though I like a bit of recurve. I shoot daily in my garden where I have a 20 yard range (backed by a high granite wall in case of a “hiccup”). I wonder if my neighbours know what that twang-thump noise is every afternoon 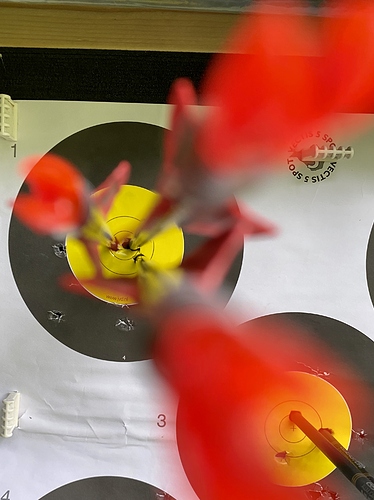 How the hell do you have time for anything else but training and general home maintenance?

My other hobbies are;

I enjoy cooking and baking. I always struggled to make good bread but after getting Richard Bertinet’s book and watching his YouTube video I now make much better bread.

But really, the thing I love above everything else is horse riding. Always felt at ‘home’ with horses since I was a kid.