I had big hopes that Greg Rutherford was going to successfully swap from long jump to bobsleigh, but I see his group didn’t make the cut, so a different team is going.

I like curling, that’s a good watch. Snowboarding and skiing are fun, as is the speed skating.

But I guess being in Beijing the times are all going to be middle of the night for us.

Long course speed skating for me, short course is fun but far too much of a lottery for my liking when there is a title/olympic gold at the end of it

Might try to catch some ski cross/board cross for the disasters.

Interested to see what Suzanne Schulting can do in the shorter stuff. Reigning Olympic, World and European champion.

Going to be terrible coverage over here now isn’t it?

BBC only have the rights to show what’s being shown on the Chinese channel as Discovery / Eurosport have bought the European rights.

That being said, I do like the Sled / Sledging down the tracks, snowboarding and ski jumping. You’ve got to have something about you to do any of those!

I prefer the Winter over the Summer Games. I think it’s prospect of more crashes

I’ve always had an issue with “artistic” sports or ones decided by judges rather than a hard metric and I think there’s too much of that in the winter Olympics.
Having said that I still enjoy the other stuff, the new ski/snowboard/skate races with jumps and a bit of argy bargy they introduced a few years ago is a good watch.

with “artistic” sports or ones decided by judges

It’s a fair point and a flaw with boxing in my eyes as there have been some dubious decisions over the years.
There was a discussion on another thread recently about the old points system where judges pressed a button to record individual punches but they had to drop it as it didn’t reward fast combinations in practice.
I’m not sure what the solution is to be honest, unless they fight to a knockout in every bout but that isn’t really workable.

I don’t fucking believe it!

I’ll bet everyone else knew this, but WTF? 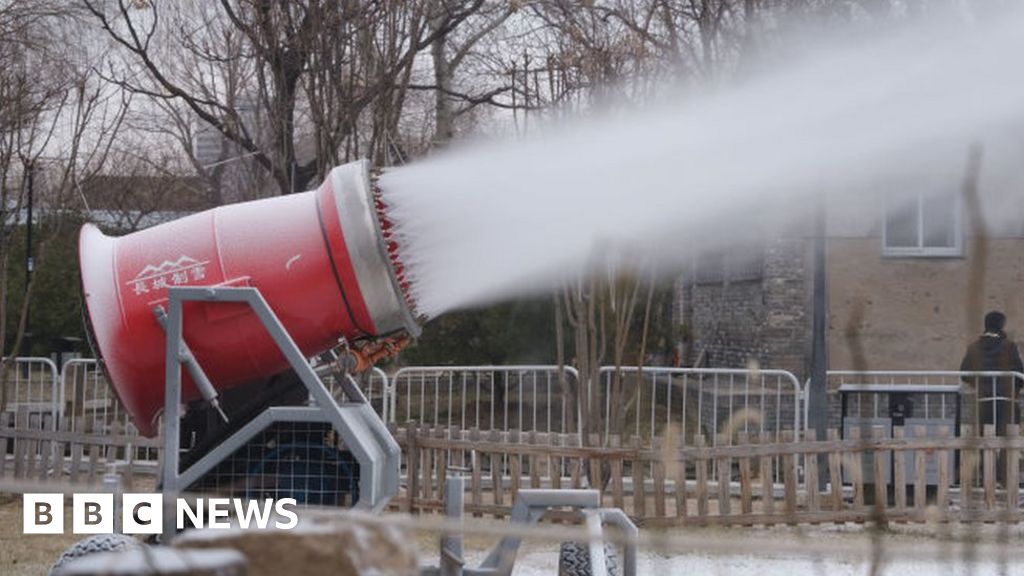 Winter Olympics: Will the Beijing Games be 'green and clean'?

China is promising a greener Winter Olympics, although critics are not sure if it can deliver.

They bulldozed a nature reserve somewhere that only gets 8” of snow per year to build the winter Olympic venue? 100% artificial snow? What the fuck is wrong with them?

I did not know that!

Russia was the same, venue is actually a main summer holiday resort. Though I think most of the mountain stuff was a fare distance away and may have had real snow.

Winter Olympics in a place with no snow.

Football World Cup in a place where the temp hovers around 40c.

What could be going on

Kind of similarly weird world to the one Dennis Rodman referenced in his comment from the early 90s, “you know the world is screwed when the best golfer in the world is black and the best rapper is white” or similar

The Winter Olympics are seriously hampered though by the lack of venues with all the facilities and snow. There was something a few years ago saying they are struggling to get venues due to the costs and all of this.

This could be the last one?

Would probably be better to have it as a multi country event to split the costs and venues, or joint bids?

I would be surprised if the Winter Olympics in its current guise was around after our lifetime.