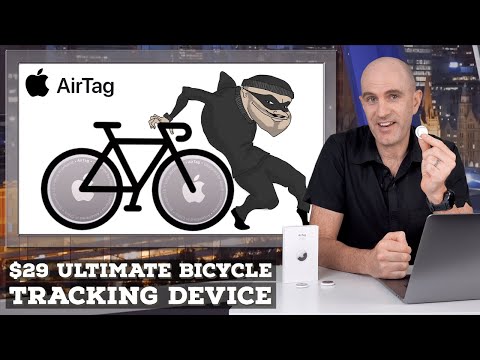 I’ve been looking at these for use in the new Campervan instead of going down a GPS tracker route - for the price it’s worth a punt I reckon and being a new idea (OK - Tile have had similar for a while) it won’t be prone to blocking.

They look useful. I’ll probably stick a couple in my best bikes. I’m not entirely sure what I’d do with the information though? I can’t see the police entering and searching some scrote’s squalid shit pile of a home because my iPhone says my bike might be there?

So it might help on being stolen by the really lazy not that up to opportunist, but anyone who’s serious will block it immediately, and if they have some iOS devices of their own, it’ll let them know and help them do it 'cos it thinks you’re being stalked.

Of course it’s much worse to help people stalk you, so they’re going to have to keep that more importantly than the theft protection.