2005 Lucero medium size. Not been used for about 7 years while in the Middle East, Two bikes already here so Mrs O says it has to go …

No crashes and no scratches apart from one little mark on the outside of the handlebar wing where I lean it against a wall.

Available with or without the HED JET 6 which I can sell seperately on Ebnya once the frame has sold.

Probably a good starter tri-bike for someone, if anyone is interested ?

Going on sale on Ebay in early February for collection late February to coincide with travel arrangements. Collect or delivery Birmingham area. 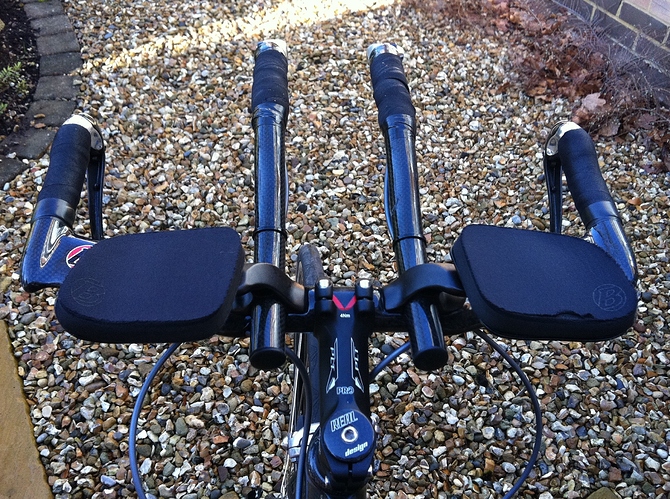 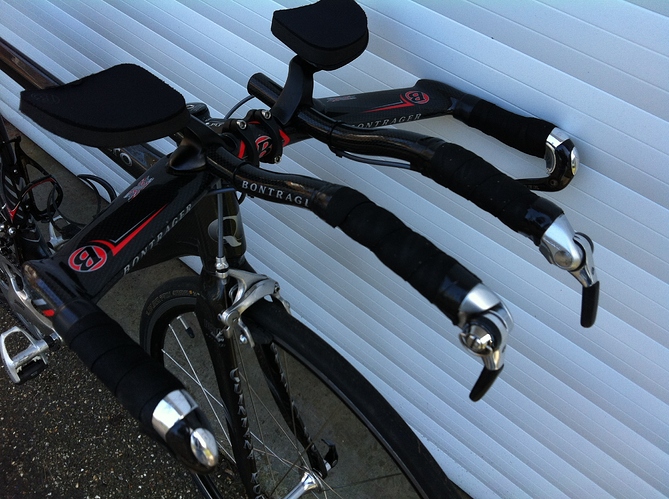 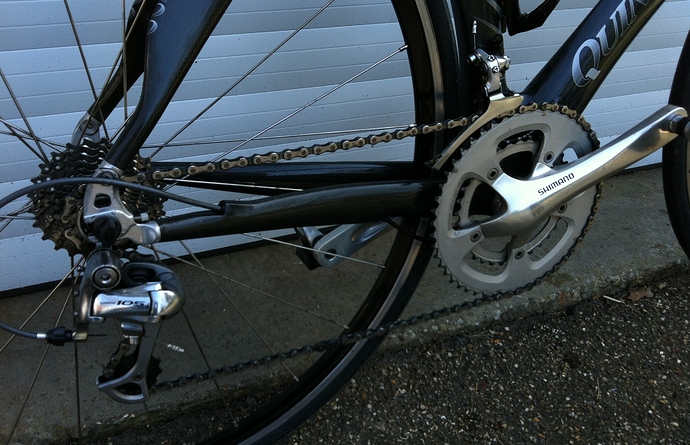 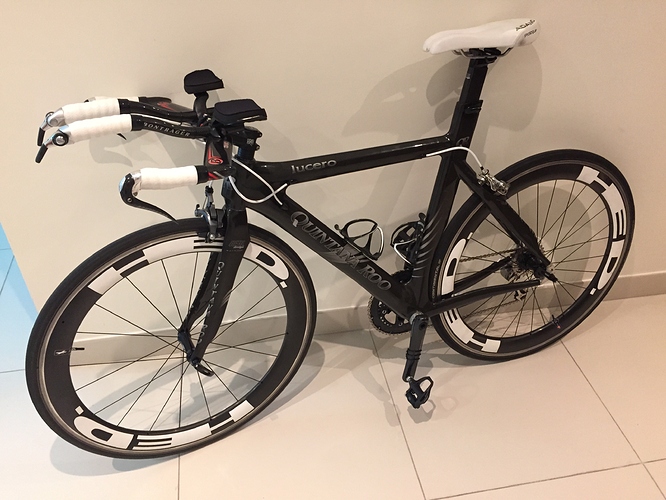 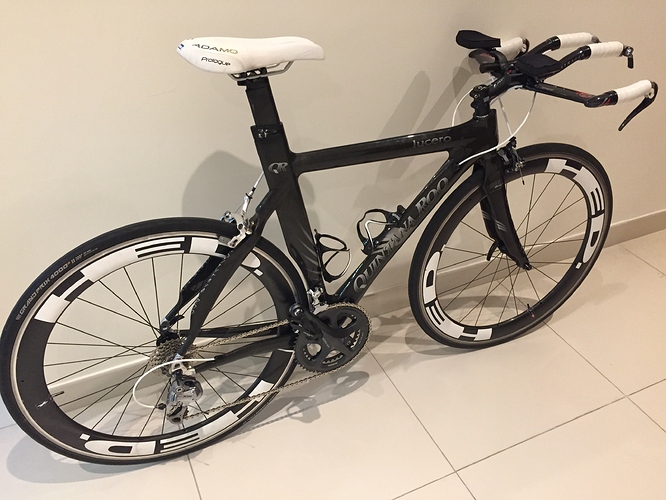 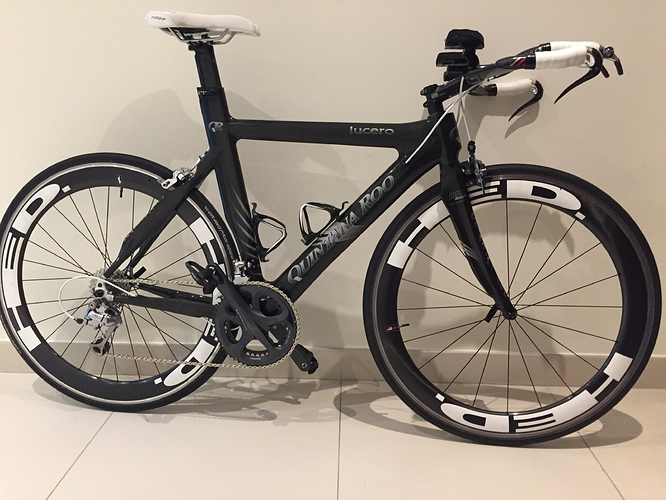 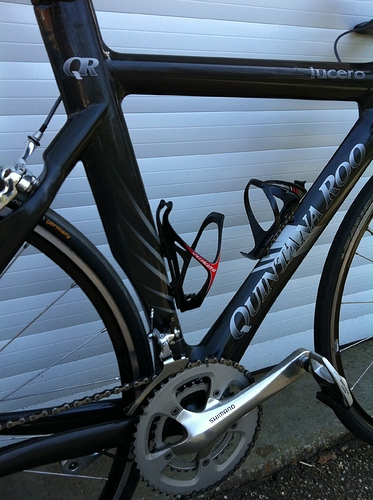 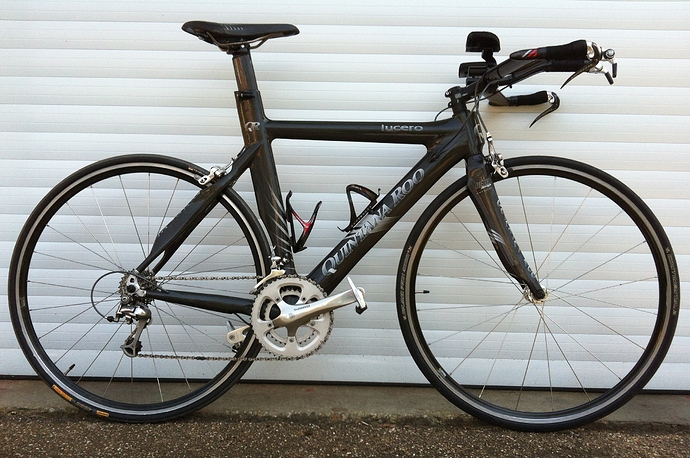 You forgot a price @GrahamO

The S-bend extensions bring back some memories.

I didn’t - decided to see what people are prepared to offer.

@Jorgan - good point - I forgot that half those photos have straight and half have the S-bends but its actually got straight extensions on it, courtesy of the city of Birmingham potholes which cracked the s-bends but I managed to stay on. The photos were taken at very different times and I hadnt noticed that bit.

Possibly - if it can wait until bonuses are announced/paid. But it really depends what the ballpark price is.