Bike Candy (or not!)

This is just completely batsh1t crazy - I love it. 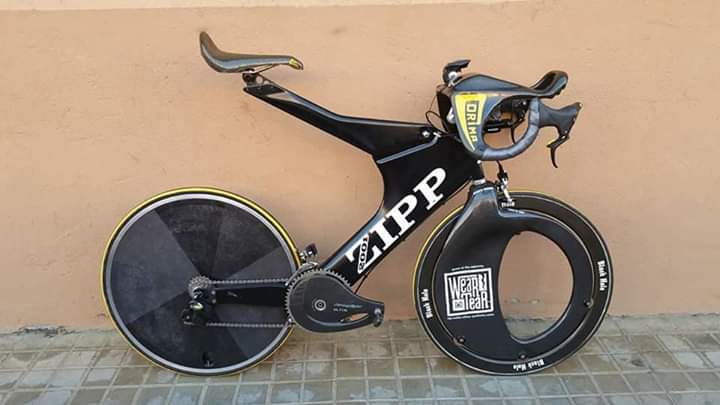 Shame the chain isn’t on the smallest gear let alone not being on the big ring!

That baby would sure be a thrill in a crosswind

That front brake is not exactly aero

What’s going-on with the cable on the downtube too; never seen that on a Zipp frame before.

Oh agreed, it’s an abomination in so many ways which is why it’s so crazy. They’ve gone to so much trouble in some areas and it’s horrific in others. Just look at all that clagg under the bars for example.
As much as I love that front wheel set up, how many bearings/rollers would it need to support that rim externally?
It’s a perfect example of just because you can doesn’t mean you should, but I love anything like that.
Ps. What’s the deal with that saddle, is falling off the back a problem?

Back in the early 90s there was a niche for saddles with a back to them, so you could push against it to generate more force. Eddy Merckx did a u-shaped bar that would attach to a saddle for that purpose. I never saw any of these in the wild, only in magazine adverts!

That one clearly passed me by.

And they wall needs a paint

have you seen the size of the gap between the forks and wheels!!!

I guess the aim is to create as little turbulence as possible close to the surface of the wheel. Rather than just focusing on optimizing the frame aerodynamics, they are trying to improve the wheel aerodynamics, which overall has a much bigger impact than the frame

Presumably this means that the relationship with Cervelo is over. They had some pretty embarrassing problems with the new Cervelo track bikes at the 2016 Olympics, with the frames seemingly not capable of handling the power that the riders were putting through them.

Something tells me the UCI are going to have a view on that frame. 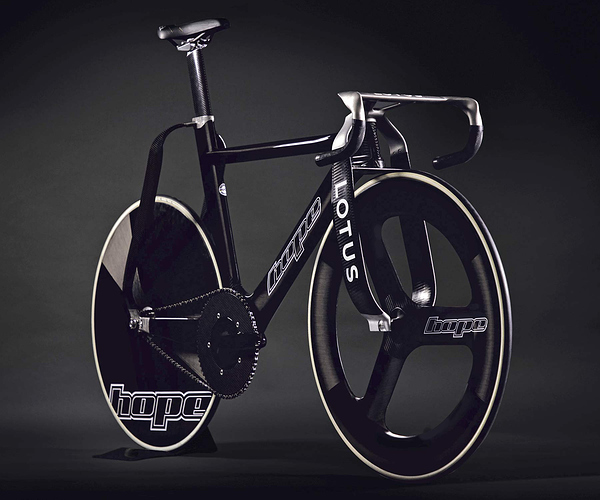 I think it’s already UCI-approved. That doesn’t mean that the UCI won’t tweak their rules to make it illegal in the future though

I’m sure it’s very fast, but those extra wide forks and stays are not pretty.

My knees hurt just looking at that gear

Its being used at the world cup this weekend and is approved. This weekend is the last chance to “release” a new bike for the Olympics hence it hitting the press this week.