Times are taken off the top of my head so may be out by a minute or two… Joe Skipper claims to be the British Ironman record holder with 7:56 in NZ. I’ve seen the media also say he’s the record holder. But… didn’t Ali Brownlee do 7:45 in Western Australia before Christmas? Didn’t Tim Don do 7:40 in Brazil before his crash in Kona (would have loved to see him race Kona that year)…
So who has the record?!

I think Skipper just broke the course record in NZ - no idea where all this world record business came from - even the announcer called it as Skipper crossed the line!

So he did! So Tim Don has the British record then…

Yes the Don. I think that’s Skipper not updating his ‘claims’ on the website/Twitter. I think when he first went sub-8 in Roth it was the fastest British Iron distance time; but that was maybe 2015/16?

I just went to his website and I can’t find that reference. I can see it claim be was the first Brit under 8 hours, and won IM UK in 2018. 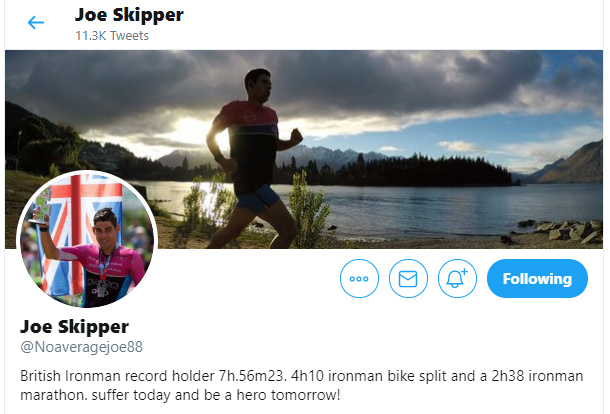 I remember our Joe proudly telling Bob on ‘breakfast with bob’ that he broke the British 12hr TT record, with no mention that he was actually DQ’d…

Brazil must be a fast course - never had it on my radar as a fast course in the same way as Roth, Barcelona, Kalmar, Copenhagen. Athletes are getting faster now too however…! Sub-9s aren’t fast enough to qualify for Kona in a lot of cases…

I think there were claims that the moto was very close to The Don in Brazil.

I’m fairly sure with Brazil that it’s the fact that the course runs along the closed fast lane of a highway, with the rest of the road open to traffic running in the same direction. The same as Bahrain … where Best Bike Split said afterwards I had a ridiculously low cda, so it shows it makes a massive difference

I’m pretty sure I remember some moto accusations on Slowtwits at the time, but then you get them every time a non yank does a quick time in an Ironman

either that or it’s a short course

I read that about Bahrain. I saw the bike splits and wondered what the pre race meal had been…! Then I read about the highway… didn’t read into the detail of TD’s Brazil race other than to think it was a top performance and perhaps beyond what I thought he could do, but then I knew he had said he was in good form at that point…