So have managed to break my collarbone in 2 places, had it pinned back together yesterday, follow up appointment in 2 weeks.

Anyone else had this, how soon were you back training? I am guessing a few weeks of Zwift to be first logical step.

Hopefully flying to Kos for a lazy week on Tuesday.

Will (slightly obviously) significantly depend on how bad the break is, and how quickly you heal (your age and personal to you.)

I’ve broken my collarbone once and fractured my socket once, both when I was quite a big younger (pre 30s). I would have thought you could be easy spinning fairly quickly (a couple of weeks) but multiple weeks (6+ before riding hard or easy running), probably 12 weeks before running faster. I don’t know about swimming I’m afraid.

A broken collarbone is when you learn about how connected the body is and how jarring it is to run!

Everyone is different, when I broke my collarbone, I did a gentle Parkrun 5 days later, and was on the Turbo within a week, however it was a stable fracture and no operation required.

Friend at cycle club had his pinned and was running and on Turbo in 3 weeks and back on the road and swimming in 6.

Definitely, everyone is different. When I broke mine and had it pinned, I also broke my wrist on the other side. With one arm in a plaster cast and another in a sling I did nothing for 10 weeks apart from brisk walking.

The main thing for me was that when my cast was off and I could train again, due to the plate in my collarbone I couldn’t rotate my right arm swimming, nor could I use aero bars as I couldn’t tuck my arms in properly. I had to wait until 6 months after the accident for the plate to be taken out be able to swim normally and use aero bars. The day the plate came out I was fine immediately - no pain or uncomfortable feeling at all.

I did manage to complete an ironman (my first) and a half during the time between cast coming off and plate removed with a one armed swim and on a road bike but obviously they were not quick.

Agreed! Sounds insane for your first!
Guessing that must have been before the option of deferral, or something like that, and it was either a case of give it a go or waste the money?

I broke my collarbone in 2 places during IM Lanzarote (mile 96ish)
Finished the bike one armed, spent an hour in T2 getting stitched up and got a sking on and ran the marathon…

Didn’t realise how bad it was till i got back to the UK and had it xrayed.

Was out for 2 months from swimming and cycling, but did the odd slow jog after 3/4 weeks 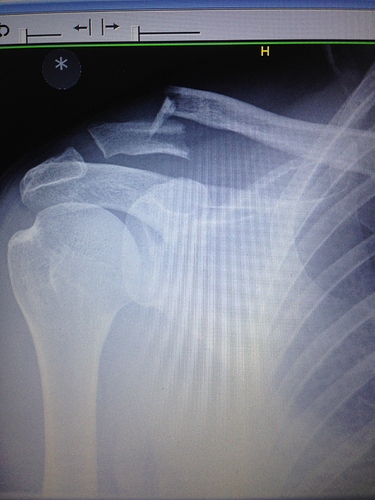 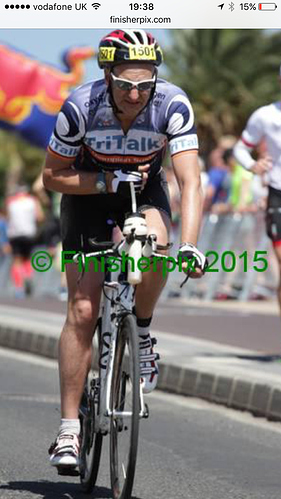 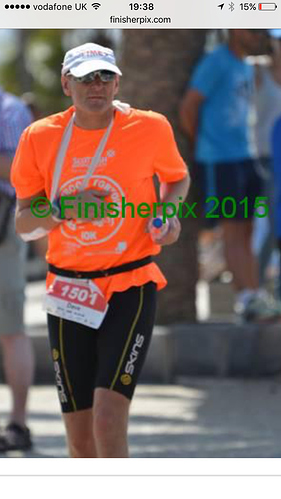 This thread can be renamed the willy waving thread

multiple fractures playing various sports over the years, plus dislocation in bike accidents. At least they pin it nowadays.

listen to the docs re initial recovery, then get on the turbo…

Davem definitely wins the hardcore prize… Strangely I know another Dave who did a very similar thing.

From my own experience, you can get back on a bike and back running pretty quickly, however, the big risk is another accident, which could turn a simple recovering fracture into a major/compound fracture

Wow certainly some stories here. Nowhere near as hardcore as Davem I basically went into a cold sweat and fainted from the pain when mine broke.

Interesting about not been able to swim with the plate in hillwall, current plan from surgeon is that my metalwork will be permanent.

Made it to Kos so going to have a relaxing week then see how it feels next week and possibly do a gentle spin on Zwift.

Continuing to cycle & going on to run a marathon was impressive, but managing to change into a tee shirt in T2 was something else