This is a great article. Having recently returned I was shocked at how bad the cycling was in general on the coast down from Alcudia, large pelotons blocking 100kph roads, unable to hold a line thinking they are Brad. Even with my cyclist mentality I found it stressful to drive and dangerous at times. Those that go into the mountains tend to be far better and i think the hills naturally break up the large groups anyway, its just those on the fast flat roads. 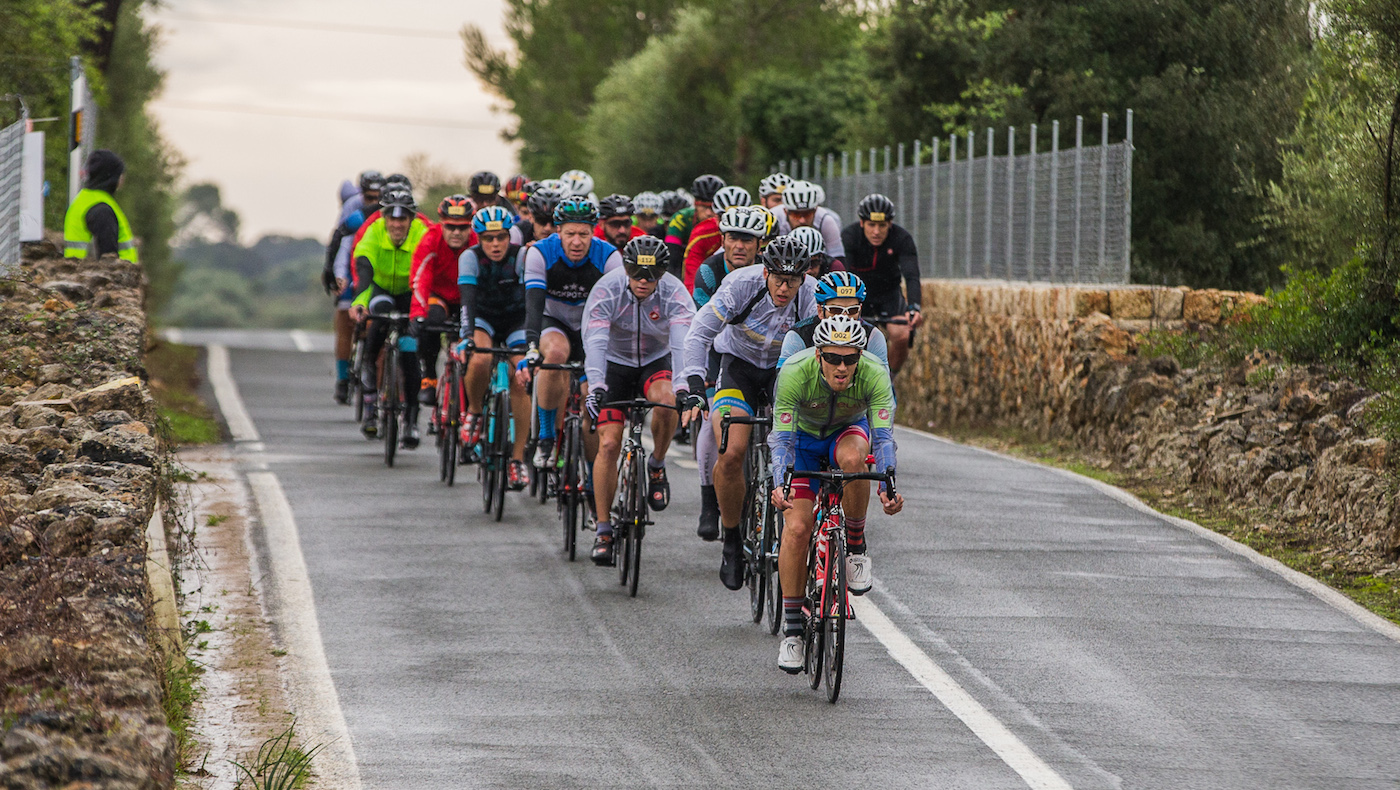 Don't be an "arrogant and entitled" cyclist - Caroline Livesey's tips for safer, more courteous cycling and how to avoid road rage

unable to hold a line thinking they are Brad

I dunno, Brad is looking a bit portly in that Le Col advert in Cyclist this month

I live not too far from Boxhill and all the problems described in this article are plain to see there too. Although I’m a member of a cycling club, most of my rides are with a few mates who I ride with regularly and trust. Also think that the cycling boom has seen a lot of new riders which is great, but they’re probably out with the friends and not been trained in group riding etiquette and techniques.

The cycling club that I have been a member of for many years, has social rides with attrocious road etiquette and several serious accidents (not involving anyother road user). The rides have leaders and rules, but they are ignored. I avoid them. They are giving the club a bad name, and I am considering leaving the club. I am happy to ride with a couple of friends, who I trust not to be eejits.

Cheers for this link.
It confirms I’m not just a miserable bastard with a nostalgic view for cycling club stalwarts having “a quiet word”
Audax folks are (were?) the best for etiquette.

“if you induce road rage in a driver…”

There is literally no cycling behaviour a person can perform that justifies road rage or any other act of violence while driving a car.

Instead of simply imploring people to behave better it has to do the victim blaming bit first and end with it.

Not sure she is victim blaming considering her life was changed by road rage. She is just saying the standard and behaviour of cyclists is appaling in Majorca and could result in an issue.

I’m sorry, but I’ve got no time for it. There’s plenty of good advice in there for cyclists with bad etiquette, but it’s far more important to stop motorists killing people…and this article encourages angry motorists to feel justified.

Nor is she saying that road rage is “justified”, merely that some behaviour she sees incites it.

If I walked out of my house and a cyclist was pissing against my gatepost, I’d be having something a little stronger than stern words with them.

You think there might be less deaths if cyclists rode sensible roads and not erratically in groups of 50+? She has not once victim blamed or said road rage is acceptable and justified, just do your bit don’t risk your life and confrontation is less likely.

Nor is she saying that road rage is “justified”, merely that some behaviour she sees incites it.

Saying someone has incited the reaction is precisely the same thing as saying the reaction is justified. It is victim blaming. It’s judge pickles, rape victims and mini skirts all over again.

You think there might be less deaths if cyclists rode sensible roads and not erratically in groups of 50+? She has not once victim blamed or said road rage is acceptable and justified, just do your bit don’t risk your life and confrontation is less likely.

Not significantly, no. If at all. Drivers who are patient and obey the rules of the road should never kill anyone.

The only significant reduction in motorists killing people will come from changing motorists behaviour, not justifying their dangerous behaviour.

The article clearly has, as I quoted above.

We are very close now, only one step away from the first Godwin on TT2.0

Nothing to see here.

I agree with her.

It’s why I no longer take part in Sportives.
Far too many riders being morons.
If one of them do something and I’m behind them, I’m a gonner! (Or get some nasty road rash)

I also agree with the article. Too many cyclists are selfish on the road nowadays. Our club does not allow groups in excess of 8 on the official club ride.

Should poor riding result in motorists reacting? No. Does it? Yes. It’s no different to someone being a dick in a pub. The person who ends up punching them is at fault, but the inciteful behaviour beforehand has ultimately contributed.

As the vulnerable road user, there is still an onus on the cyclist to do everything they can to stay safe. Not squeezing through gaps. Being patient. Being considerate. Motorists also have a big responsibility as the road user in the death weapon, but unfortunately they switch off sometimes, so I’m taking all steps I can personally to keep myself as safe as possible

A bit late to this I know, but whilst there’s a load of solid advice in there, @joex is bang on with ‘incite road rage’ being simply wrong. Unconscious bias against the cyclist. Whilst they or Boxhill or wherever may see a lot of mindless cycling groups, they’re absolutely not doing that to incite (urge/encourage) road rage.

The knob cyclists stand out and attract immediate criticism. The knob drivers are tolerated largely, unless they get really out of control.

Like many I avoid club peletons, riding in a small group or solo, tending towards tiny roads. Nonetheless I routinely see mindless driving. Through one rat-run village, which I now try to avoid, many approaching car drivers will squeeze me to the very edge of my side whilst irritably overtaking parked cars. Following cars will frequently overtake then immediately slow to a halt because their path is blocked (but mine wouldn’t have been). If it’s safe I stay well out on my side of the road, moving swift enough not to impede anyone through the village, blocking the mindless motorist; but mostly I avoid the village. Just beyond that there’s a lovely single-track lane, national cycleway 11 as it happens, and you get plenty of that same motorist behaviour. It’s worst at commuter time, but I’m commuting too even though I’m wearing full cycling kit. At passing places though I’ll wave a following car through, and they’re generally appreciative. Likewise I’ll happily wave at an oncoming driver that’s waited at a passing place rather than squeeze me into the gravel. Actually the dodgiest thing there is a 100-grand modern tractor, taking all of the tiny road, doing 40mph and stopping for no one. Bit of a ramble, but my point is that a bike fits well onto a small road like that but many modern vehicles don’t.

If a driver wants to be ‘irked’ by other road users, it doesn’t matter if you’re on your own, or in a group of 20.