So…after my sixth ride and fifth puncture in a fortnight, I’m thinking of changing my tyre choice.

I currently ride, what was previously pretty bomb proof, Vittoria Rubino Control 3G+ 28mm.
They are on some basic Mavic Askium (sp?) rims, with Conti tubes.
Previously, punctures on them were as rare as hens teeth.

I’ve a pair of Vision 35mm rims, with some Conti Grand Prix 4000 IIs 25mm on.
Although they seem a bit extreme for my winter bike!
(I could just swap the tyres around, but CBA!)

What tyres are people running and trusting?
I aren’t bothered about weight, or rolling resistance, but will not extend to Schwalbe Marathon’s

EDIT: If any of you mutha’s mentions tubeless: 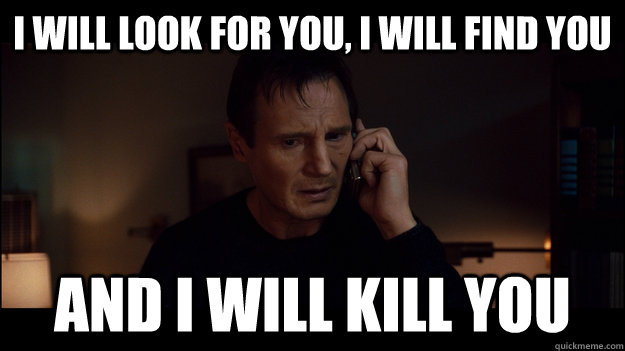 I’ve always run Gatorskins on my road bike and I’ve never had to fix a puncture whilst out. The only one I’ve ever had was just as I got home. They’re a bit of a bitch to get on the rim but my N=1 says they’re pretty puncture resistant.

I aren’t bothered about weight

It depends what you’re puncturing on - some things repel thorns better, some repel flints, some repel glass. Round here, it’s typically flint, and it’s not the tyres that matter most, it’s removing the little flints from the tyre after a ride to stop them being worked in deep enough to puncture.

So identify the puncturing thing first.

I don’t want to tempt fate.

Anyway, my Canyon which is my ‘besty’ bike has Conti GP4000Siis on it

They also did one with a metal … ? Strip in the middle, these were really really heavy but you just won’t get a puncture … ever…

Cycling weekly put a piece out asking if anyone had ever had a puncture with the latter… don’t think they got many replies… if any.

I’ll bet there crap to ride, but not as crap as standing in the rain, rolling round the floor as it’s getting dark…

I used these last winter on the commuter. They are bombproof, but I would never describe them as a nice ride! They make Gators feel like latex tubulars.

Yeah, that’s what I’ve got on the Vision rims.

@Mungo2 - I’ve read that about Armadillo’s, but they seem on the extreme end, like Marathon’s.

The zipps and the conti 5000”s feel faster the rest all feel very similar.

Being honest a proper bike fit, a dash nine saddle and some new assos bibs made a much bigger difference to how the bike rides than any tyre.

That said I never ride off road, on on gravel or any weird shit to be honest …

Strewth the roads are bad enough…!

Really? I can definitely feel a difference when corning on various tyres. The more supple the better for nice conditions.

Gators are bad…
The rest feel similar… maybe it’s just me!
I only go slow round corners …

Tubs with 80-85 psi are much better all round but I always worry they will pop!

I’ve had loads of punctures recently too. My tyres were well last their best though.

I’m pretty sure I tried a pair of Gatorskins years ago. They felt like shit iirc. Like you’re riding through treacle

I have 4 seasons on my commuter, mainly as gatorskins feel like they have no grip at all. 4 seasons are just as slow though.

GP5000’s are noticeably better than 4000Sii. I have a lot of the latter, and within one ride of getting some 5000’s in advance of the Etape, I had to get some for my TT bike as well. They’re significantly faster according to tests, and feel a lot grippier to me (which is largely what made me get some of them for the TT at Nice 70.3)

So, stop riding off-road on a road bike and use your own drive, that fixes two.

The metal in the road problems, no idea on tyres good for that, sharp metal will go through anything probably.

So thorns - sadly they tend to go through the softer tyres, even the awful rubino’s, but that does mean the proper puncture resistant things like the gatorskins and stuff, no personal experience, not many thorns down here.

Schwalbe Durano Plus have pretty good puncture protection and still ride quite well.

@JibberJim - Neighbours Drive is perpendicular to ours, and all the flint goes all over the on street parking bit, I wasn’t on their drive, just hitting the detritus!
What makes Rubino so bad? I’ve always thought they were good for the price.

What makes Rubino so bad? I’ve always thought they were good for the price.

They just have no grip, and often aren’t much if anything cheaper, nor more puncture resistant than their grippier, faster brothers if you buy those when they’re offer.