Hi TriTalk minds. Not posted here for years, but there seem to be some thinkers here who can help me figure out if I’ve imagined this.

Watching elite swimmers, it seems to me that there’s often slight asymmetry of right/left timing, so that instead seeing a metronomic right/left/right/left interval, it’s more of a gallop, eg right/left…right/left…etc.

This might just be a reflection of asymmetric recovery, but could they be initiating the pull in an asymmetric way too? Assuming there’s some loss of momentum after even the perfect stroke, is there any advantage in using one’s dominant arm to pick up that momentum, and potentially bringing in the (weaker) non-dominant arm slightly early when there’s better speed through the water?

I realise this is over-thinking, and it’s never going to help me as I’m an obligate crap swimmer, but I’d like to know if I’m imagining this, or if it’s actually a thing. Any thoughts?

I asked my swim coach the same question a while back, as their strokes often look odd.

I will try and dig out his answer, but I remember him saying that elites often swim with a gallop style in a race, cant remember the reason for it.

I dont think there is anything to be gained by looking at that stroke and trying to mimic anything from it.

My gut feeling is this is a bit like you would never teach someone to run like Paula Radcliffe even though she makes it work or another example would be LS.
Individuals can have some hitch and to remove it would make them slower (at that time) for whatever reason specific to their physiology.

Individuals can have some hitch and to remove it would make them slower (at that time) for whatever reason specific to their physiology. 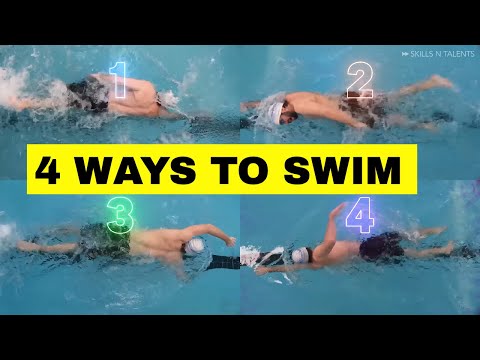 This might be useful. I remember watching this about a year or two back and the second stroke type is very close to what I think you’re describing.

Yes, I’ve looked at them swimming and seen the same thing.

It is a very high intensity way to swim with three massive advantages for rough-house open water group swimming:

I don’t even like breathing every 2 - feels too frenzied, unbalanced - I go off course without even adding the ‘gallop’.

I have gone from breathing every 3 to a 3-2-3-2 pattern - Ive got more speed (more oxygen) but it still feels nicely balanced and a nice rhythm.

If you look at Popov, previous Olympic Champ, his stroke is extremely asymmetrical.

I always used to look at him and think “wow, how good could you be if your stroke was balanced”

If you look at Popov, previous Olympic Champ, his stroke is extremely asymmetrical.

Perhaps they only stuck the needle in one arm

I need to think more about this, but bottom line we have a weak arm naturally. You will always favour one side, its why it’s typically easier to breathe one way over the other without training it. You can close the gap but there will be a gap that needs overcoming in other ways. Breathing also throws a stroke out slightly, watch any swimmer with a snorkel and then without.

As ever my takeaway is worry about the low hanging fruit, even a junior swimming a 57sec / 100 has a lot of that.

Thanks to all for some really interesting points and comments. I knew I could rely on you.

Tried a bit of “galloping” in the pool this morning - just as slow as ever. Never mind.

Might have to come up with another topic this week. Probably along the lines of body position / control io centre of buoyancy vs centre of gravity, and that video of Hannah Miley who seems to be able to float horizontally…

Women (Hannah) generally have more bodyfat than a male and are usually more buoyant naturally so can float easier, male swimmers though will only have muscles where required, shoulders upper back etc and have skinny legs and no waist so it gives better balance also.
One of the key issues with AOS is that they are swimming to stop themselves drowning, not swimming to pull themselves along so one of my first “lessons” with a novice adult is star floats like teaching a kid to swim. Thorpe wrote in his book, before every session he would just float, then when he felt he had the balance required he would slowly start to pull himself along in the water. That is easier said than down, I once coached a guy who was a crossfit junkie, very low BF% and literally couldn’t float. he would just sink to the bottom. The only way he could even try to stay afloat was holding a lungful of air, so we worked around the issue, but basically he had so much muscle, it weighed him down! I have never had that problem before at that time, mainly because kids who swim have very little muscle mass at that age, and the typical AOS male triathlete has enough BF% to keep them buoyant. Seen it a bit since coaching adult tri club sessions though, the type A’s “gym bunnies” are the ones that always struggle.

I posted the Hannah Miley video on my club’s FB group with a comment about it being some kind of witchcraft as I’ve never been able to float horizontally.
If I try in the shallow end, my legs slowly sink until I’m at 45° with my feet resting on the bottom.
Our swim coach posted this and we all had a go at the next session. By the end I was just about managing it, or at least a lot better so my breath ran out before I’d sunk. 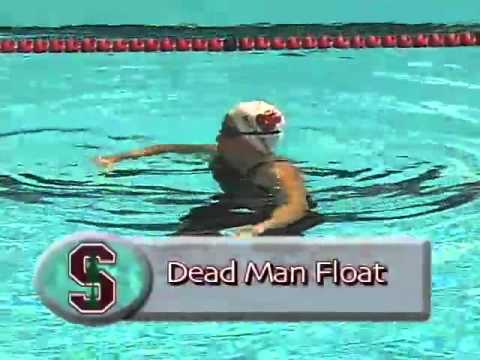 that’s a really good video, enjoyed that. Something to try with the younger kids.

I once coached a guy who was a crossfit junkie, very low BF% and literally couldn’t float. he would just sink to the bottom.

yep, had him doing just that and tried different breathing techniques to try and keep the lungs with more oxygen longer. He got there, was never gonna be an elite swimmer but enjoyed his first (and only) triathlon ( because he didnt like the run

Something for me to try. I really struggle to keep my legs up and always blame muscle mass rather than my weak core.