This is a long from a thread on ST, he clearly has an axe to grind but isn’t totally wrong and a lot of ‘gravel’ could be substituted for tri IMO 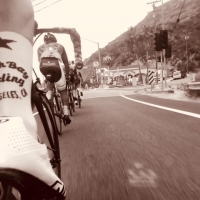 The death of gravel racing

No, pro gravel racing’s not dead. Yet. But it’s dying, make no mistake about it. The biggest events on the calendar have stagnant or declining participation in their “hardperson&#…

I couldn’t read all that; comes across as a nob. Comparing the TdF and Monuments to gravel racing, which is niche.

Undoubtedly a nob but there are some grains of truth in there.

Is Strada Bianca not gravel

Gravel racing is niche and doesn’t have a pro field.

TLDR it all but speed read bits

bloke has a gripe

It was more for the comparison with the contract/ pro stuff.

If you skim read, you miss a lot of it but as I said, it is a long read. Also as I said, he does have an axe to grind but I don’t think it’s a case of ‘nuff said’,

I think he hits the mark on some points but that’s just my opinion.

I think I understand what how trying to say. However using time gaps between first and last rather than median/bell curves makes his arguments look weak. Along with a number of other points he tries to make.