How to get a doping ban for not doping

Yeah, the viewpoints and the direction of the discussion are similar, it’s just the attitude is ramped up 50% with a couple of people managing to fall out within the first few posts. All very cordial and informative over here.
Ps. Speaking of which has GrahamO been banned or something or is he taking a self imposed time out?

Self imposed time-out by looks of it. He’s welcome back if he can play nice.

He’s welcome back if he can play nice.

he lobs a grenade in every now and then…what’s not to like???

I guess in this situation where he’s an AGer he’s much more likely to take the sanction and move on . If he was a pro and his living depended on it he’d probably be more inclined to challenge the charge.

i guess the decision would be based on:

i guess the decision would be based on:

This just popped up on the IM Texas group I’m on, and someone has already asked for a pre-race booster 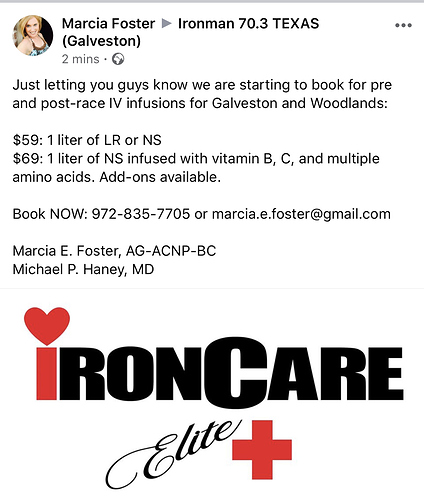 Post the link of the offenders ban to the group and report the person asking for a booster.

Well, I’d say he was (probably) bubbled by someone, and is trying to make this go away asap by taking it on the chin. That stops the NADA shining any further light in his direction. Just a theory.

I thought it was about putting fluid in?

Could explain some of the times taken in Transition too

Well, I’d say he was (probably) bubbled by someone, and is trying to make this go away asap by taking it on the chin.

yep, but doesn’t that shine more light on him?

He doesn’t strike me as being terribly bright…