HRMs: AW2 vs Forerunner 45 vs Dual

Took my new 45 paired to the Dual out for a run just now, and had my old Apple Watch series 2 (so many years old) out for a comparison. I’ll do more runs with the AW2 and F45 without the Dual as well later in the week.

So this is compare of AW2 to the Dual HRM, pics before the watches synched to the phone in case any jiggery pokery goes on there. 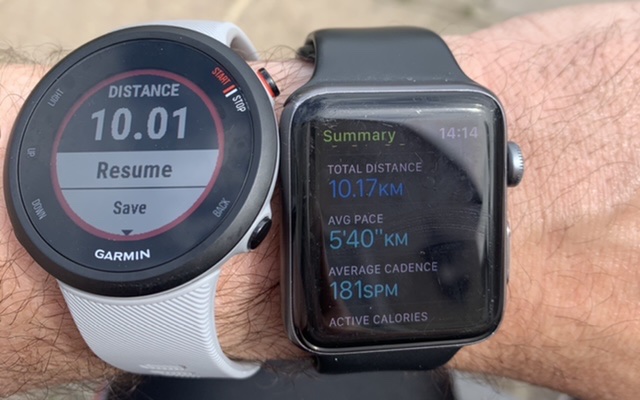 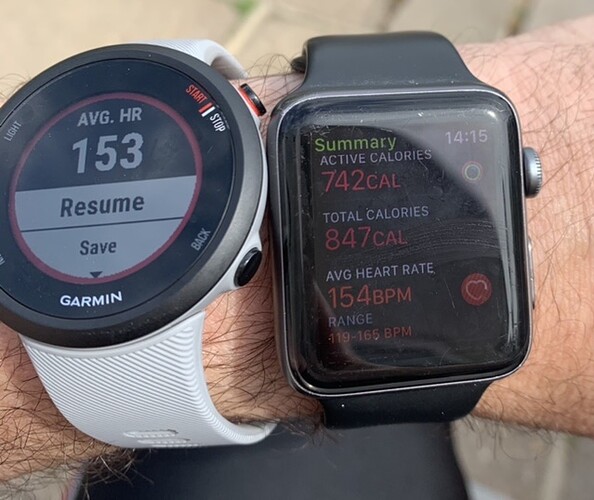 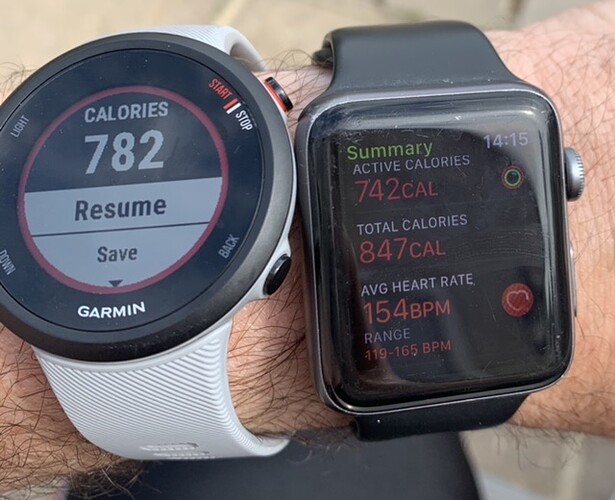 And they’re basically the same, although the F45 has recorded less distance.

And from the iPhone apps: 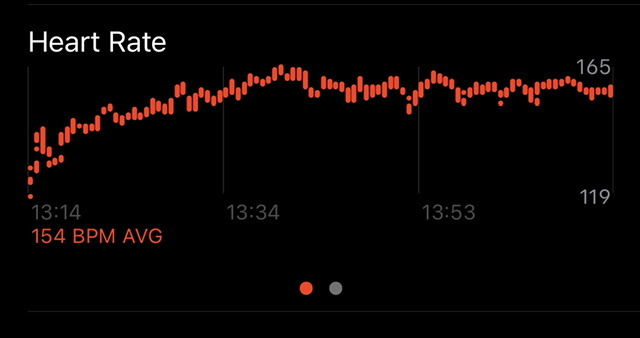 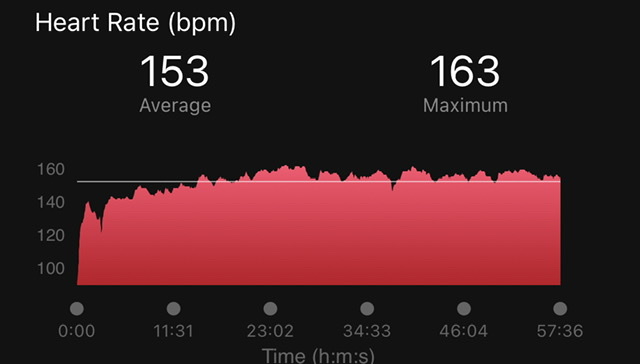 So the average and Max HR are within 1 and 2 beats of each other, which matches my manual checks during the run. I saw the watches both reading within 1 beat, the same or 2 beats apart.

One bigger difference was when I had to stop for 20s to sort out my shoe, a folded tongue had worn a hole in my skin. The Dual showed my heart rate drop much quicker while the AW seemed to be slower to react.

Okay this is AW2 v Forerunner. Dual was deliberately left at home.

Unfortunately it was a poor looking session for Apple:

The unusual thing about this run is that the group stopped half a dozen times for a chin wag, so I paused the watches each time. I’ve almost never pause a run so I don’t know if this is why the dodgy records are there. The gaps do seem to be aligned to when we stopped so it’s just the wild 195 that could be one bad entry or maybe my heart does spike lurching back into action.

The average though is very similar, so I suspect it was just the pauses.