Interesting article from Tim Heming regarding US painkiller Aleve and their sponsorship of Kona this year. 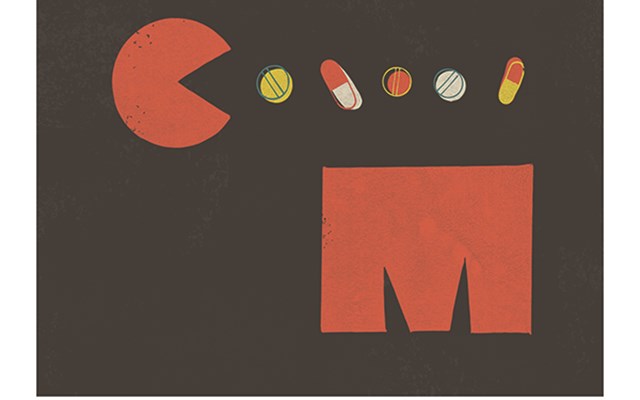 Ironman’s decision to partner with a pain relief brand sends out the wrong message to triathletes that could lead to fatal consequences...

Money talks and all that but surely that’s not a message you want to send.

One year at a US race they had an anit-ageing company at the Expo didn’t they. ST were all over that!

Interesting that 60% of athletes take NSAIDs before an Ironman. It has never crossed my mind to do so, do others take Ibuprofen or similar before a race?

The other one that always surprises me is the number of people taking Immodium before a race, from what I have read, this can really impact your bodies ability to absorb water and carbs. And it seems to me that the easiest way to avoid the portaloo on during the race is to get your diet right in the days leading up to the event

I only take stuff if I have an injury; even then I try to avoid ingested painkillers if possible. I do think I used to take an Ibuprofen during the bike in my early years of HIM/IM racing, but that was over 10 years ago now, and not done it in ages. Maybe that’s why I’m getting slower?

I’m sure I read somewhere that preloading with anti inflammatories wasn’t a good thing in endurance events.

I’ll have a Deflatine for wind and gas after the swim.
I’ve had codeine and ibuprofen in training, but it pretty much wrecks your stomach.

Say no to drugs kids!

Yeah, I tried the Codiene on a long run after you mentioned it; great stuff…except it lowers your PRE to the point you stress your body too much in training imho. Given that I’d probably save it for races, if I were to use it again.

I was running along happy as larry, my HR a good 10bpm higher than was necessary!

Either I’ve typo’d or I’m channelling the lexicon from my Sport Science Degree nearly 30 years ago now! I’m not sure which

Probably the former, but either works.

Anti-inflammatories are really bad for you pre-endurance sport. And are pretty bad for you afterwards as they can dampen the training response.

Paracetamol is apparently ok (aka acetaminophen).

The right drug can relieve pain and discomfort—or put you in a world of hurt.


I mean, 12 ibuprofen is extreme whichever way you look at it, but I’d rather not take the risk.

I did take a dose of paracetamol out of T2 in Bahrain last year, but that was because I was going in with a hip problem and had hardly been running. The only time I’ve ever done it though. It was more a placebo type thing in reality - by the time it would have kicked in I was already 1/3 way through the run, but it gave me the confidence to push the run knowing if I was in some discomfort the pain would subside. I had a reasonable break after that to sort the issue properly - in the 10 days or so preceding it was just acute management with the physio (largely no running and lots of foam rolling).

Hmm, on a scale that includes testosterone, cocaine, epo and alcohol to name but a few, ibuprofen scores a “meh” for me.

Up the bum then?

I’ve heard really bad things about taking ibu during endurance events as well. Like it can shut down your liver and stuff. The medics warned all participants off it at the briefing of the Arc of Attrition when I did it.