Some very good feedback on a Slowtwitch Thread. Apparently they changed swim venue the DAY BEFORE the race to ensure it would go ahead. Can you even imagine that?! Granted not a 3000 people event, but real kudos for that. Wonder what the logistics/travel there are like?

My mate did it last year and his bike box went walk about with all his kit. Had to borrow a bike, buy a new wetsuit. Turned up a week later in Germany.

Not sure if just unlucky or perhaps the airport in Tallin is not used to handling bike boxes.

The swim is a bit hit and miss apparently, the water temperature can change very quickly by a few degrees unlike most large bodies of water, literally a few days.

I know some people who did it last year and it was really cold but warmed up to about 16 just in time! Wonder if this might be a permanent move.

Supposed to be a great event though and it’s quite a nice place, there’s a hill in town that you run up on every lap apparently. Well, I say a hill, probably a mountain to some

Not done the IM but I’ve been to Tallin.
Dr Death’s shooting range just outside town is an experience not to be missed if you want to fire a sniper rifle, shot gun, pump action, semi-auto machine gun, revolver and many more guns in the least sanitised environment you can imagine

Lovely places round there and some funny street names 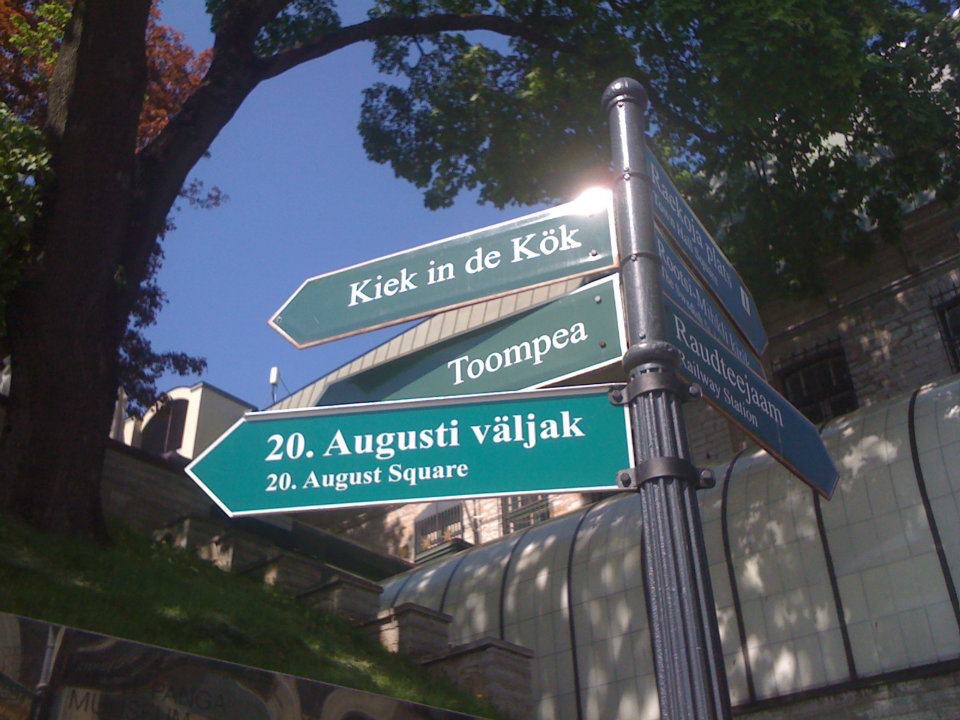 I worked with a Estonian and he told us about kick in de kock. 11 years also sounds like “cocks taste good” in Estonian

My mate did it last year and his bike box went walk about with all his kit. Had to borrow a bike, buy a new wetsuit. Turned up a week later in Germany.

not that many direct flights in to Tallinn and bikes nearly always miss flight connections. If not flying direct, this has to be factored in…

I know it’s pricey but I’m fairly sure Nirvana do the overland bike transfer to there.

I’d second Talinn as a great place to visit, it also has Joe St.

I flew into Helsinki, got my mind blown by the “white nights” and the catamaran across to Talinn because the Russian embassy wanted me to beg for a visa to get the train via St.Petersburg.

I can’t really imagine it as a race venue, and I’m not allowed back there anyway. I was best man and that’s where we held the stag party.

Yeah, the lack of many direct flights was a bit of a hurdle for me (although the dates for next year was when the other half had pencilled in a holiday as well). But now I’m aware of the ease of flying to Helsinki and then getting the 2hr ferry directly into Tallinn, that does resurrect the appeal for the following year maybe. From looking online, it’s only about £40pp return as a non-car passenger on the ferry.

[i thought it was the Staffs 70.3 is open email and nearly wet my