i used to think the same with HH. But i bought a great jacket this winter on SP from them. It’s barely left my torso in the past 6 weeks. That said, it doesn’t scream HH as the logo is the same colour as the jacket

I adore my Rab Vapour Rise Guide Jacket; I need to get another one off eBay before they become too rare. I think they discontinued the best version about 3 years ago. 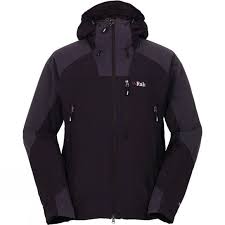 I’d stick Rab and Haglofs in the “Rapha” category, more so than Arcteryx

Oh i don’t know. Rab is a lot more mainstream and affordable than it used to be. Arcteryx stuff is nice, but crazy prices. All about Fjallraven now innit!

Yes, over the years, Rab has become more mainstream; I see loads of people in their duvet jackets now. Haglofs then became the ‘in’ kit for Forces in the UK in the last 10 years or so.

I have a couple of Montura jackets; they are gert lush. Scarpa was the pre-eminent boot band for eons; they have lots of competition now though, mainly from other Italian brands.

All about Fjallraven now innit!

They stock that in John Lewis now.

There’s always Pata-gucci, got a few of their jackets, gilets and t-shirts

The only Fjallraven item I have is a rabbit fur-lined hat I bought in Norway 19 years ago. No idea where it is now; it’s never been cold enough to wear it here. But there I was back in the day in my gabardine Artic Smock & fur hat lookin’ well ‘Ally’ init.

Fjern is the other one i have started to see latel (though i’ve just looked it up and it’s a fake Norse British brand … probably trying to piggy back on the popularity somewhat).

Only problem with my merino kit is the two tops have holes all over them! So they look rather scruffy, but are fully functional.

We had a bloody moth invasion a few years ago when we dug up the old carpets etc. They ate through all my merino kit as well totally destroying a really nice woolen rug that we were gifted when we moved in. Little fuckers!

I think that stuff looks like a Norrona or Jottnar cut & paste job.

frankly a lot of Scandi kit looks the same, just the brand name that varies.

The Aldi merino base layers are pretty good when they have them in.

Icebreaker is worth it for the heavy-weight merino ones, but really isn’t when it’s lighter I think.

I wouldn’t wear any of it directly against the skin though, way too irritating.

I think I have one that I wore at my last TG - 2005. always known as Smelly Helly 'cos the old versions do smell rank after a while

Good reductions on some of the head torches too. I can recommend the Gamma; I’ve had the original version for years and really like the rear safety light and balance of the batteries on the back and light on the front.

All sorted for now thanks. The one Stenard posted in another colour, and an Isobaa half zip one in pure Merino.

Like the look of the Rivelo that @stenard posted. I do use Sportpursuit occasionally, but when I searched ‘merino’ last night, it came up with about 3500 hits, and I sighed!

As a bit of extra background, Rivelo are actually sportpursuit’s own brand, so they are in full control of the development. Surprisingly, they have a whole in house department working on own brand products. Rule XIV is their more “premium” in house brand.

@stenard - I need to purchase a few bits actually, and since the last time I used SP I have a new email address, new billing address, new payment info etc etc, feels like time for a new account. Want to refer me to earn some credit?