Sorry to bump an old thread but thought it seemed the most relevant place.

Got through on the ballot for the new Essex Route. Shame I never got to do the old one but at least it’ll be nice to be on home counties closed roads.

Plus, one step closer to the London Classics medal… just a Marathon entry to go!

Ah yes I need the swim.

Something like £65 for the two mile swim isn’t it? I’ll think I’ll pass

Yes never fancied another swim in the duck shit pit of the serpentine, and not for that price

Nice early start for me - Wave C starting 06:10 to 06:25. Not sure why they’re quoting a start time window this year when previously the wave rolled off at a defined time, but maybe it’s some sort of a rolling start?

I’m about a 10 minute ride away from the start area, so much easier to get to for me than Stratford was.

Ah you’re doing it! It’s the only way is Essex version. Have to say I’ve never ventured that side of town.

I’ve heard Epping Forest is lovely to ride around though.

First way always used to off at 5:50 from memory, do you think the windows are to ease the amount of bodies all waiting around in the pens?

6.40 to 6 55 for me. Would have preferred slightly earlier but i should be done by 1 ish and hooefully get on the train home from London Bridge before too many people attempt to get with their bikes.

Not sure how interested I’ll be in cycling another 8 miles and over Sydenham Hill.

Same wave for me. I just want to get around! 100 miles is going to be a long way given how much riding I’ve done this year! 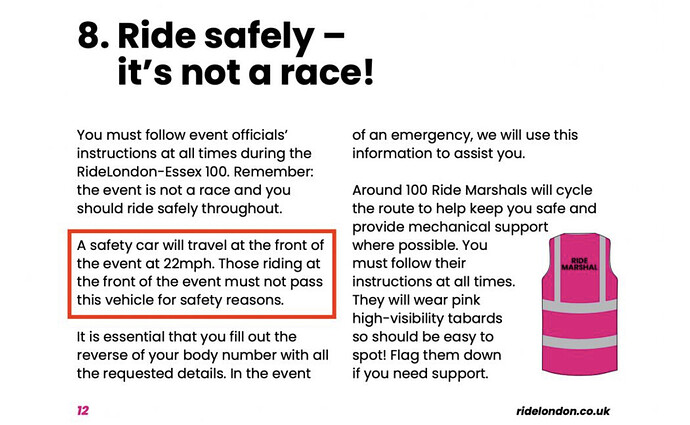 I’ve done faster than that for a century solo.
Are they joking or what?

I think it’s a good idea… perhaps 24 or 25 would be more realistic, but the fundamental idea is sound. (as in, it really brings home the fact that it is NOT a race.)

Am I the only one thinking ‘drafting opportunity’?

Every time I did the Surrey version of RideLondon I think I averaged over 40km/h for the first hour before the hills broke things up a bit. If the safety car is rolling at 22mph I think you potentially have a massive bunch at the front with no hills to break things up

22 mph are they bloody joking?

Do you think it could relate more issues than the orgs think?

Like whisk has said they’ll be a bloody huge peloton rolling around together, some of who will not be used to riding in a group of that size - could result in more crashes?

Saying that, every time I rode the Surrey version, it was definitely ‘a race’.

Seems like they were joking (or at least wrong) 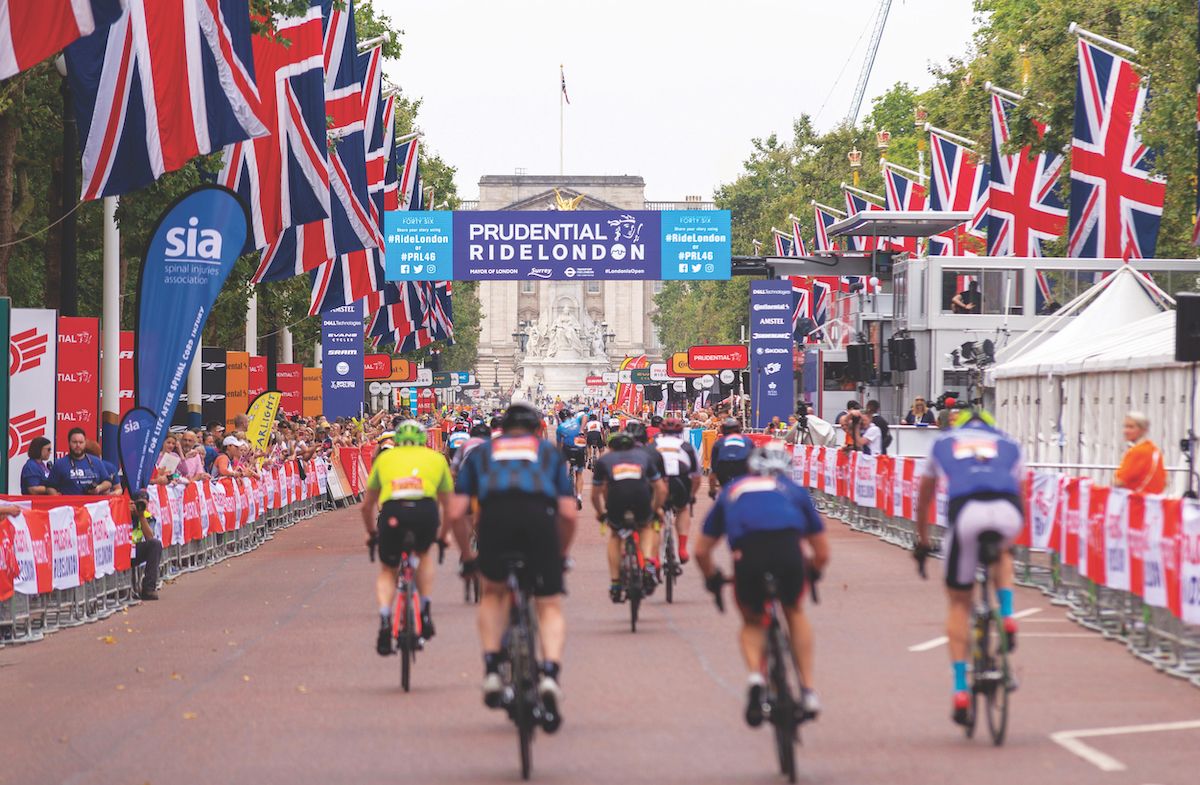 No speed limit at RideLondon after all, but participants reminded it is not a...

22mph safety car speed was sent out in error

It’s the only way is Essex version. Have to say I’ve never ventured that side of town.

I’ve heard Epping Forest is lovely to ride around though.

I’ve only ridden out that way a couple of times myself. I got a couple of free entries to the London Etape that Human Race used to run out of the Olympic Park. That was slightly longer, going all the way up to the Stanstead airport perimeter fence, and it wasn’t on closed roads so probably used more small lanes than this one.

I think the “big” climb is probably the drag up through Epping Forest near the start and it’s just gently rolling after that. The ramp out of the Limehouse Tunnel is probably the steepest gradient on the ride

Im so unfit, but the fact it is pancake flat makes me think I’ll show up anyway. Haven’t ridden more than a couple of hours for a few years!