Running tops, why so loose?

Been watching a lot of marathon training and racing stuff on YT (nuffink else to do!).

Why do so many fast runners run in loose fitting vests? I would have thought a thin tighter/breathable t-shirt would be better wouldn’t it? Is it about weight?

I don’t think I’ve ever run in a vest, so perhaps I’m missing out? I always wear a shirt, even on the hottest of days.

I always wear a shirt,

A flannel one?
Or with a tie?

The looseness helps airflow around the body, to keep cool.
I enjoy running in my HH baselayers, but my running tops and vests are all loose fitting.

I guess you’re not running fast enough to have any aero considerations, so comfort and heat come to the top of the list.

I wear a vest for as long as i can get away with it. After that a loose tshirt. And then only if i have to do i move to base layers, jackets etc. But i much, much prefer being in a vest.

As the others have said, I’ve always assumed it’s about cooling. In a marathon, even running “within yourself”, you still end up getting pretty hot even if the conditions are cool.

I don’t particularly like them however. There are a lot of drawbacks. The chafing under the arms (about 3 inches down from the armpit on the arm, and the same spot on the side of the torso) is horrible, and I have to body glide / vaseline up that area significantly. And then there’s the nipples. In any training I will ALWAYS wear a tight fitting base layer. Then you don’t have any problem. But run more than a 10k without some form of nipple protection and it’s a lot of pain for days after.

I now use these which are great. They actually stay there, unlike plasters, or vaseline which rubs away pretty quickly. 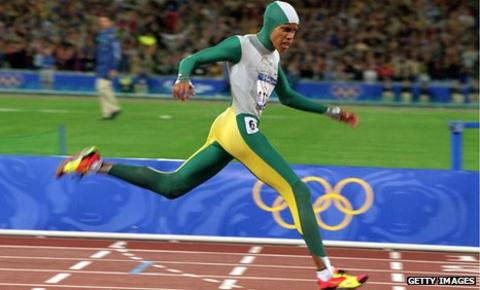 I never had problems with my nipples or underarms in the past, but since starting again, the nipples have been chafing. I tend to be okay for the most part, but some of the cheaper t-shirts from events are awful at rubbing the nipple head off.
Vaseline works for me, but tends to stain the tops, so only use on dark material.

Tend to find the inner thigh/groin area the worst, depending on the shorts.
But cycling chamois cream sorts this out.

I use plasters for nipples. Years ago I could wear just shorts on my legs but today that skin is weak and soft, so anything over 5-8km I wear some kind of undershort.

I think the skin chaffing with a vest would be an issue for me but I’m willing to try. I just thought it was odd that such a lot of frontal area is flapping around in the wind. Clearly I don’t run fast enough.

Yeah same here. Tops of my thighs seem to rub together. Not an issue on shorter runs though

you need to buy better vests then. I used to suffer chaffing with my old club’s vests as they were old, scratchy and heavy. but i have a Saucony one and a carft one and they’re as light as a feather. I’ve never had a single bit of chafe from either of them. My new club vests aren’t the greatest, but they’ve not given me any grief so far.

Talking of crap shirts. Those Climb South West shirts look great but are like bloody sandpaper to wear!

Yeah the latest couple of batches haven’t been so good. i think the supplier has started taking some shortcuts as they’re much rougher than they used to be. I still find them fine though, and pretty much only wear them and the few other race shirts that i have.

When Nike were looking at the 2hr attempt the boffins asked the runners why are you wearing baggy kit, its creating drag.

The answer was because that’s what the sports manufacturers had always sent them. No one had ever though about aerodynamics.

rubbing the nipple head off.

And yet they clearly found a reason why they were necessary, as they ended up wearing non-skin tight singlets for both Breaking2 and Challenge1:59

I have thought this in the 100/200m races on the track though to be fair. surely at those speeds aero means something. Yet you always see chains flapping in their faces, and not everyone wears tight lycra suits (though more do now than previously).

I was going to say above, you do see it in the short distance track, where they are now often wearing one piece skinsuits like you would see a TTer wearing on the bike. But cooling matters little in such short events, and aero would be king.

The chains I agree with. And flappy hair, bandanas, whatever. In an Olympic final, when everything you have worked for is on the line, you’d think they’d shed every single item that is not directly attributable to improved performance. The only thing I can think of with the chains is that it keeps them calm. A lot of them have nervous tick-type habits, such as chewing their chain whilst in the blocks.

Yeah same, but like you say they’re talking 1000/sec sometimes. Surely full body coverage, dimples etc etc would be better to cut through the air at that speed?

Surely someone has done the stats on it though. Surely?

Baggy vests whilst competing at the high jump

Some are as you said originally. For example, Gatlin has been wearing one piece skinsuits for quite a while:

I guess that shows how good Bolt was. He was always in a super baggy singlet.

If you go all the way back, Freeman tried to set that trend in 2000. But I can see why the look never caught on in reality!!