This is absolutely bonkers 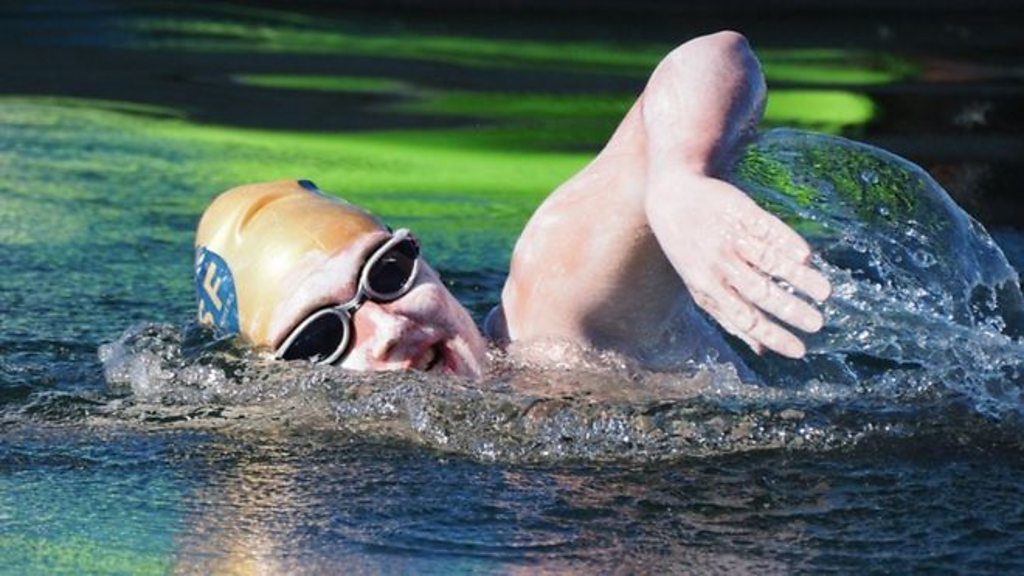 She must look like Zelda after 55h in the water…

It certainly is nuts to think someone has spent that long swimming, made all the harder by the tides I should imagine. A sterling effort!

Something that is actually worthy of the word epic.

Crazy when you think fewer people have swum it once than have climbed Everest. Only 3 have done a triple and she us the first to do 4. The last the tides were crazy and dragged her really far off course

Kudos doesn’t quite cover it.

Mind blowing. One brave and gutsy lady. I was tracking her last leg and willing her to the finish. Don’t think I’d have any arms left.

I swam for 56 mins non stop yesterday
In a pool…
Brings it into context.

The track of that last crossing looks brutal, especially the last few kms.

Unbelievable achievement, what an accomplishment!

Realistically I doubt I’ll ever do it once, think it’s a bucket list dream that I might not action. Full of awe for this, wish it had been hyped beforehand and I’d have followed the tracker. Would have got my attention more than Edgleys UK swim if Red Bull had wanted something to throw their weight behind. Simple, no gimmicks/controversy just her going for it.

I think that she held 1:22’s is massively overlooked. Possibly the best endurance feat ever?

It’s phenomenal, but remember as said on the A2A thread recently channel speed doesn’t compare to pool/lake because of the currents. Seem to remember @hillwall held 1:17 for his attempt and didn’t think like he was a <50 IM swimmer at the time from his blog unless I’m wrong?

All the way…
In her blue holiday swimsuit…?!

That can’t be right, is she Adlington in disguise?

She covered 130miles in the end due to tides

You are right @Chriswim . I was only just under the hour for an IM at the time I did my swim (and I wore a wetsuit as well).

I have been thinking about how hard this is and it really is incredible on so many fronts. Although my swimming is nowhere near this, one of the big issues I have had is that unlike cycling and running, you do not get to talk to anyone. For me, being stuck in my head when the going gets tough is really difficult to deal with and it helps enormously to chat to someone (anyone who has run an ultra next to me knows I don’t stop talking). Those 15 seconds for a feed aren’t really enough for a chat and everything you’ve decided to ask your crew goes out of your head during the feed. So the mental strength is incredible

The whole staying awake and moving continuously is also so far beyond me I am also in awe of.

So yes, it really is an epic achievement.

Where does it rank against the guy that swam (allegedly) round Britain??