Legs obviously. Races only or all the time?

I’d never shaved until recently when someone recommended it for the marginal gainz, which given my cycling speed is very marginal. Feels very different against bed sheets.

Aero on a budget Gear

Well i went for it and shaved the old pins. Didn’t have a battery for my trimmer thing so I went through 2 x disposable razors! A few cuts near my nobbly knees from getting impatient, as it was taking ages. Is it wrong that I kind of like it?!

Did it once, wife was repulsed by it. Never again

A Races only. B races grade 1 or 2. Not done it since Hamburg obvs.

100%, feels so much faster, final piece of a puzzle I’ve never really solved.

Yeah I’ve said before i give them a going over with a beard trimmer.

It doesn’t take too long and you don’t get the scratchy, itchy stubble after a couple of days.

Tbf I don’t have particularly hairy legs. I’ll do it a couple of days before a race. My wife won’t notice until a week later

All the time. Started over 35 years ago when I started racing bikes, I thought everyone did, so I just did it. Never gave it a second thought and soon went over to waxing in Oz because your legs are exposed for more of the year.

Still do it now, even though I hardly ride these days, it’s just ingrained now and I can’t imagine not doing it.

Fairly regularly.
I’ll do it for long rides and all races.

Not in the winter.

I use clippers to get the worst hair off, then shave the stubble away.

Mix of responses. Didn’t think it would be controversial, just that I was late to the party.

My wife thinks it’s hilarious that I’ve done it for a few seconds in a race that I won’t win and nobody cares about.

Oh if only she knew about the aero thread!

Don’t think its controversial to have shaved legs or hairy, I’ve never been commented on either way.

It seems to be the act of shaving that generates opinions.

Yeah I think if I gave her the choice of shaved legs, or 3k on a set of wheels she might change her tune

It’s nothing to do with races,chix dig it*

Yeah, there ain’t no digging going on here!

She’s been with me for 19 years now though, so it’s tough! 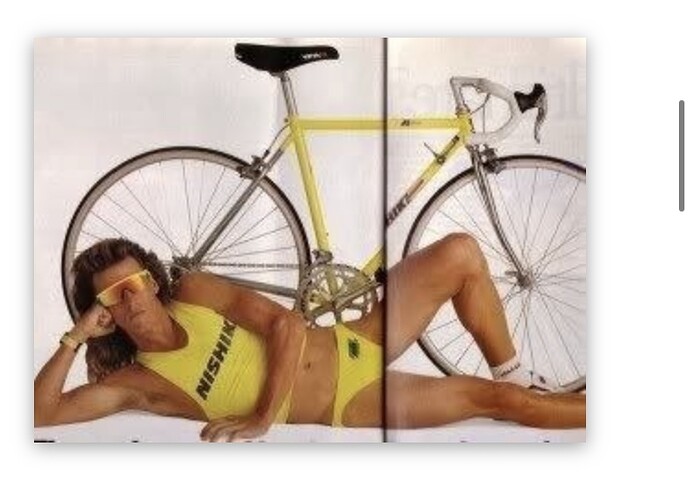 Would such attire still be legal in a race?

As far as chix and shaved legs on men I’d say YMMV. But I’m guessing most are not attracted to it.

It was a joke but you do get a shock if you use silk sheets, jump into bed and slide out of the other end.

It’s an old head game trick in bike racing. Shaved legs, chiselled calves and a bit of oil, you’ve already beaten anyone looking at you from behind.

But it puts me in a racing mindset…

All year round for me.

I’m basically a road cyclist who does a very occasional bit of tri and I get grief from my roadie mates if I turn up with hairy legs. I used to let it grow in the winter when I switched to longs, but Mrs W hated the “growing out” phase and when I was going out to South Africa every February for the Cape Rouleur, the hairy legs phase was only 3 or 4 months a year.

Do people really think shaved legs make them faster on a bike? I thought it was mainly an aesthetic thing, but also better for you if you have regular massages and easier to clean your road rash if you crash. Shaved legs do feel very different in the pool.