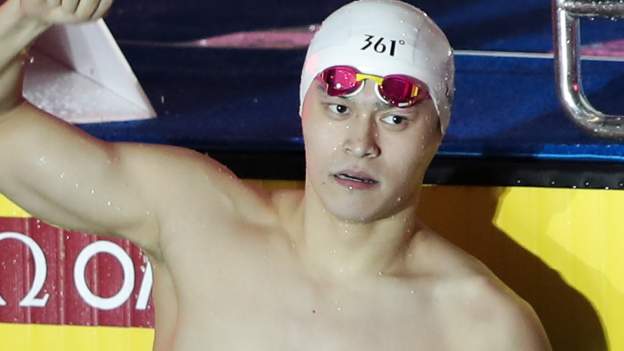 Yeah i saw that! He’s counter challenged again though hasn’t he. These things tend to get dragged out!

Assume he’d have to give up his medals retrospectively.l if it’s upheld?

The only winner here is Mack Horton.

Apparently not, as he hasn’t actually failed a drug test.

It’s a shame he’s a cheat, but it’s good that he’s been globally humiliated for it. I was so impressed with his swimming years ago.

Not a huge surprise is it, I’m fairly sure they’ve got a state doping system up there with the best.

At least some of these guys are getting caught nowadays. Pity all the athletes that were beaten into Silver by the East Germans/Soviets e.g. Sharron Davies.

I feel more for the athletes in these countries with supposed “state sponsored” programmes, who aren’t even able to beat the clean Brits and Americans, not only are they not winning, they’re also tainted as being dopers simply by coming from a particular country.

Hmm, which countries do you suppose in this case?

It was @jeffb who said they had one, not me.

Oh no, perhaps I misunderstood? I thought you were saying some other countries had “supposed state sponsored” programs but in fact, they did not and athletes were getting a bad name for nothing.

I don’t actually recall saying that the Brits and Americans were clean? I’m fairly sure some are at it, but I’d guess it isn’t a state or body sponsored program, more likely to be individuals or groups or possibly teams.

It’s fairly clear it came from the top in Russia and there’s been more than a few fingers pointed at the Chinese.