I was reading this on ST and know it comes up on here now and then. Thought it might be good to give it another spin post lockdown and see if anything has changed?

For me, Mrs FP is as supportive as ever and I couldn’t wish for a better partner. It’s probably me that holds back a bit. Training is definitely changing as I’m looking for active (boom boom) ways to incorporate Little One into things a lot more now.

My new job will be stressful for the first few months but we’ve already discussed how everything will work (hopefully). She is always the first to come out with ‘buy what you makes you happy’ statement (maybe it’s reverse psychology

I never have any issue with race fees, hotels or camps (not from a relationship POV anyway), she is always asking when we are going to CLS and always stresses the importance of being active to Little One and her catchphrase to me is ’ a man must have healthy a hobby’.

My Mrs has always been very supportive but less so now. She’s always been interested in sport (is a UKA level 4 coach) and is a runner. Early days when I’d be concerned that supporting me in an Ironman would be boring she’d say ‘I have lots of fit bodies to ogle, I’ll be fine…’. She’s happily volunteered for standing in a layby for 12 hours holding out bottles while I’ve done my 4 12 hour time trials.

But as stated it has waned a little in the last couple of years: reason being she decided to give this triathlon lark a go, and has now signed up for an Ironman - and has far less time with all that training…

hmm, not sure why, tried pasted it again and got the error as well.

Tolerated rather than actively supported; well that’s my perception. I mean, what’s not to love about a MAMIL physique?

But yeah, this buoy has been rounded a few times!

Mine actively told me to get a hobby

If I woke up in the morning and my bikes were missing I would be gutted. If the wife was missing…

Very supportive here, I guess she does get to go to new places, granted it means standing on the side of the road for more than half a day at least once a year but once that is done we get to spend 6 days or holidaying.

Never been a problem with kit buying but it’s a two-way thing, I’m not critical of her spending and as long as we stay out of debtors prison we’ll be fine.

Feel lucky to get loads of support from my other half.

Like Symes, I think she enjoys being ‘dragged’ to nice places for races which also turn into hols, and we’ve had a lot of fun marshalling at various races too.

She even bought me a Cervelo P3 as a surprise wedding anniversary present a couple of years back.

But, Its give and take… I don’t take the piss, and support her interests wholeheartedly as well.

She tells me “tolerate”.

Shes also jealous that i get me time

I guess in some ways me and Mrs FB are odd - we have lived together for over 40 years, we ran a business together for over 30 years, we have raced triathlon together since 2003 (sometimes same race; sometimes different if she was in GB kit; I have completed 2 IM she hasn’t), and now we are ITU Level 2 TOs together (buy one, get one free!).

so I guess we support each other in everything we do!

Very well supported by the missus & it’s difficult to quantify the amount it helps to results but it’s substantial. Deep in IM training she occasionally does grumble a little at the number of hours but my previous hobby was racing motorbikes & she hated that with a passion so triathlon is a welcome replacement.
The motorbike is in the garage and I just mention it now & again just so thinks it could make an appearance so be thankful of triathlon

The motorbike will likely never see the track again.

My motorbike racing days (600 proddie class) were before I met Mrs FP. She’s very keen for me to get another motorbike but if I do, it will be just a £4k, simple ‘tinkerer’ like the old air cooled 865 Bonnie or possibly a RE Interceptor (once they reach the 2nd hand market).

My old friends still ride & have all mitigated from race bikes to V twin road bikes & make an annual trip to Europe, would quite like to go one year for old times but it’s just too much outlay for a bike, all the gear and the time when realistically I don’t have any. My main motorbiking ambition is to restore my Granddads Super Cup we’ve talked about before & pootle round on that.

Yep, pretty much my plan as well. Minimal riding kit needed (not to mention the space that crap takes up) and a Sunday coffee run is all I’m looking for.

I got out of racing when the costs got too much, the ACU licence was never that much but the politics of having a ‘nice van’ if you wanted to be anywhere near the pits and the constant arms race, even within a regulated class was getting a bit silly.

However, the real killer for me was trying to do it in Oz when the distance between tracks was just huge.

We’re blessed with really good tracks within a relatively short distance from middle England, Croft, Anglesey, Donnington, Rockingham & Cadwell all derivable within a couple of hours. I started out in the 1000cc class (cos thats what the big boys ride on telly right) & yeah that was an arms race, if you didn’t buy the 14K BMW when it came out & throw a new set of tyres at each day you were not going to run at the front. I was never competitive in that class as I never had the money. After a small hiatus I did a round on my mates CBR600 in the steal frame 600 class and just had the most fun. I discovered that fun came from close racing a more competitive field, not about the dollars you spent & the outright time on the clock. I ended up winning the championship on that bike & then moved on to a Yamaha R6 to compete in the ‘all out’ pre injection 600 class, bought a bunch of my mates with me who has seen how much fun I’d had there & that was our life for a few years, still took every penny I owned mind. The good thing about the Pre-injection 600 is the R6 is the best bike & you can’t really spend more than £2.5K on a full race rig and there’s no depreciation, I could wheel my bike out of storage in 5 years time & it would still be good to race at the front. The R6 was such a good bike too that the lap time difference was surprisingly close to the 1000cc bikes especially on a tight track like Cadwell, felt pretty cool surprising some folk in the 'all comers race

Shows how long ago I raced, there was no ‘steel framed’ 600 class because they were all steel framed

My mate, who also raced a CBR600, bought one one the first alloy frames for the CBR (before they went production), had a few good rounds on it, then went to the IoM, launched himself over the stone wall at the top of the mountain, broke both his legs and totalled that frame completely.

Mrs FP is very keen for me to get a bike again but I reckon if I mentioned racing, she might have something to say. (notwithstanding the fact that by far my worst accident was on my TT bike!). It’s just a level of commitment I couldn’t do now and TBH, I’m not sure my back would allow me to change direction as quick as I’d need to these days.

Agreed. I’d rather drive a twisting mountain road in a Caterham or a fruity old sports car, than a Veyron. 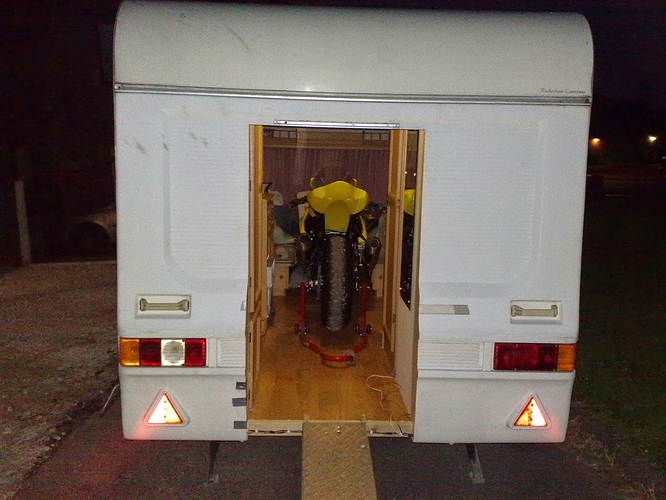 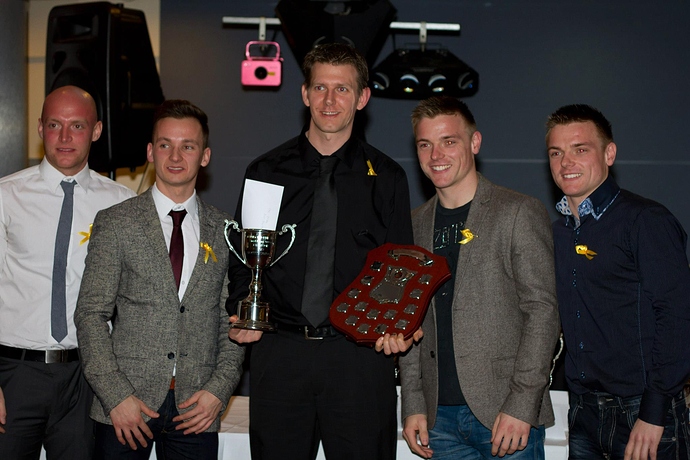