The end of trade teams in track cycling?

I’ve been following the Huub Wattbike team as they progress and talk of hour record attempts etc. but if upheld all of that could be over. 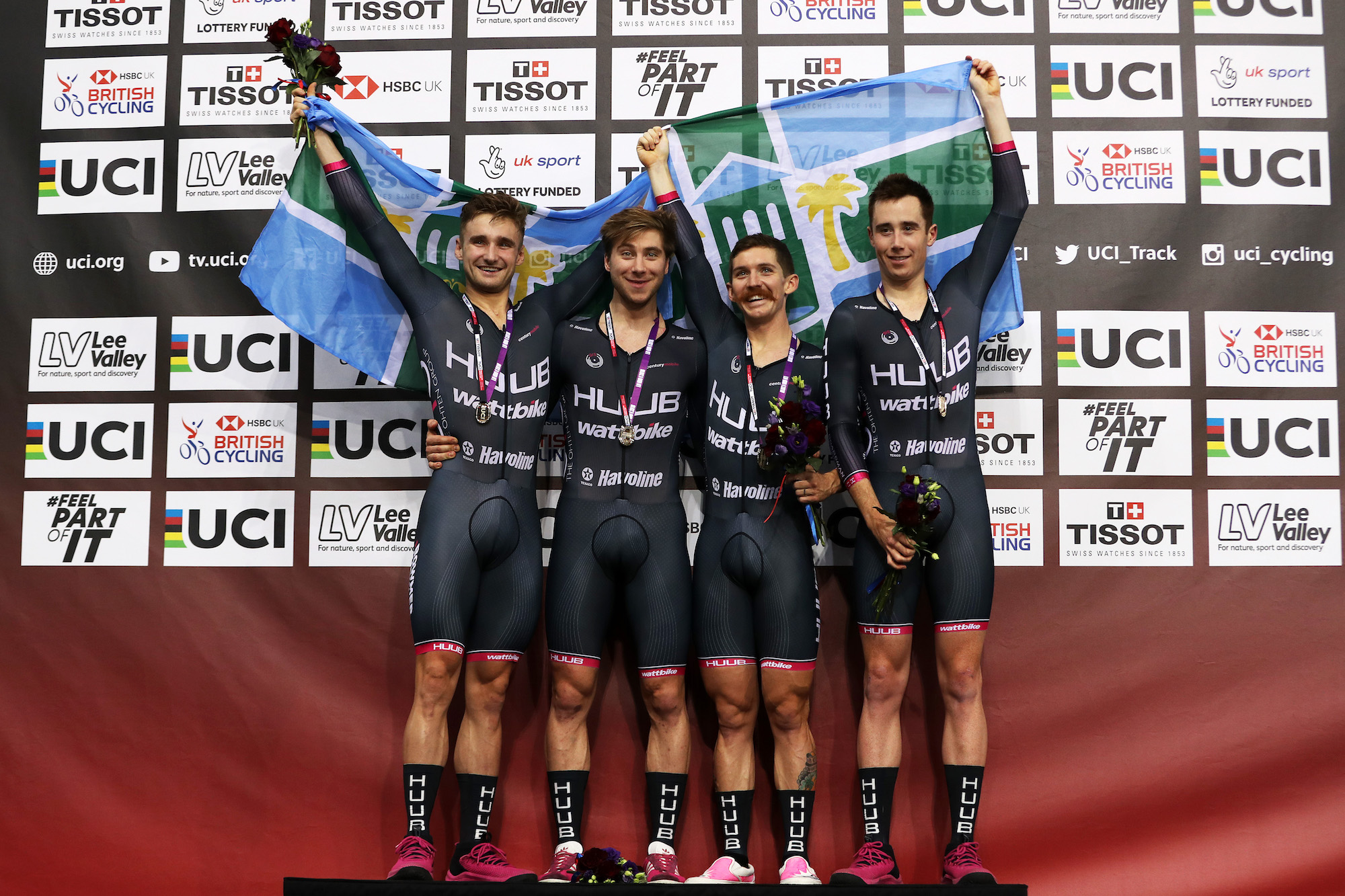 ‘The changes are brutally destructive’: Huub-Wattbike respond to UCI over...

British track riders from the Huub-Wattbike team have criticised the UCI over its decision to bar trade teams from racing World Cup events.

Track cycling becomes a summer sport too, so that basically rules out the likes of Cav, Viviani and Coquard riding for trade teams on the road and racing internationally on the track.

Looks like a good way of stifling track cycling, if you ask me. Someone in a blazer has probably taken a bung.

Yep, only 3 events, summer, no trade teams, all looks pretty negative. I’ve never been the biggest fan of track cycling (I find some of the events comical to be honest) but this does seem like an attempt to kill it off for whatever reason.

The trade teams thing was always a bit of an anomaly in the World Cups. I think it was probably intended as a means of filling out the entries and a lot of countries used it as a means of increasing the number of athletes that they could enter (and get qualification points). BC used to enter their development riders under the 100%Me banner.

Huub-Wattbike was obviously set-up as a disruptive thing outside the BC set-up. I can see why the guys would be a bit miffed about being excluded from the World Cup, but surely the individuals in the team must aspire to race the World Championships and the Olympics and the only way to do that is in the national set-up.

The move to summer won’t affect the sprint events because those guys only race on the track, but I think it’ll have a big impact on the endurance events. If you have to make the choice between racing on the track for your country or racing on the road for $$$ then most of the talented riders are going to switch to the road as soon as they can.

Steve Faulkner who is the physiologist that essentially runs huub wattbike came in for a talk one afternoon in Luffbra during my level 3. Managed to bore half the class to death , but I enjoyed it. Talking about physiology rather than his team but we did talk about it over lunch. Basically out sky’d BC and Sky with their marginal gains but when you are targeting one very controllable event it’s not as difficult as running a national squad targeting 8 gold medals at an Olympic Games. Apparently though he changed NZ Cycling like Brailsford did in the UK but he may have been taking a bit too much credit there.

And responding more to the article it makes a bit of sense to me . The world’s are a farce except in Olympic year so moving that to end of year makes sense. Removing trade teams from WCup and making it a points earning series for World’s and Olympic QF is a good idea and dropping number of events so national feds aren’t paying for 5 foreign excursions a year. It will also raise quality as the events in Cali for instance didn’t attract top Europeans die to cost when there was another race weekend 3 weeks later! July - October seems a bit strange but it’s late season and many of the national team track riders won’t be on pro tour teams (some exceptions but not many) Non national team riders still get chances to shine in things like Rev series or national track champs.