How much faster is the TT to a well fitted road with clip ons. It seems not as much as you’d think

I will have a proper watch later but is this one of the usual Cycling Weekly style tests where they spend about five minutes on tests and then draw a 2+2=5 conclusion and call it “definitive”?

its a lot better than the usual nonsense. Its done at the boardman centre in the wind tunnel, boardman aero road on hoods, drops, with tribars, with more optimising of position and finally their TT bike. bottom line 86 watts between TT and hoods, 18 watts between hoods and drops and the well optimised road with TT bars and TT bike is only about 3 watts.

This is what I was mentioning on another thread earlier. Rider position is generally the key.

Tbh, if you have Nice or Alpe d’Huez as your A race, I think a TT frame with a set of drops is a good way to go (non integrated frameset obvs)

I’ve recently got an Aeroad and bought the tri extensions for the H36 bars. I feel better on it than my stealth which is now gone! I enjoy riding it more than a TT bike as well so will naturally be faster!

Canyons are gert lush. What colour is it, red I hope

(mine is Kerosene red)

What spec did you go for? Unfortunately the H31 bars on the Endurace won’t take the extensions; I’m not blowing around £450 for the H36 & extensions, unless I had Nice in the offing. Stick a Torhans between the bars and I’m good to go for a very hilly race.

black as it was the only one in stock in my size and we all know about their out of stock issues! I got the SL Disc Ultegra di2 (62mm dtswiss wheels). it’s already been back due to di2 problems on delivery and the forks were damaged in transit so new forks and disc rotor also! The Customer service was great but the downside of them not being bought at LBS is you have to send them back! It handles well and Di2 is good. seems fast compared to even my stealth. Disc brakes seem much better but haven’t really tested them enough to make a final decision. If i make the startline at wales I recon it will be faster over that course than the Stealth due to more confidence on the descents and better braking. obviously the weight as well as they are very light

If i make the startline at wales I recon it will be faster over that course than the Stealth due to more confidence on the descents and better braking. obviously the weight as well as they are very light

They sent me a new disc rotor no questions asked as the front was warped on delivery. Ironically I’ve sent it back to them today as when it was first delivered the paint was blistered around the cable ports (but I just wanted to get out and ride it). Now it’s getting close to the 2-year guarantee, I’ve decided to send it back; I chipped the top-tube last year, and touching up is near impossible there with all the graphics and matte paint…so I hope they give me a new frame

yes when i sent it back for di2 (wouldnt change and the battery looked faulty) they said the forks are damaged and just replaced them. They noticed the disc was warped also so put a new one on. Cant fault it really but i had a new bike and it was in the “shop” for nearly 3 weeks so mildly irritating there. Still with some of the horror stories of people waiting 6 months for delivery I did quite well and would use them again .

I got mine in the Autumn sale, so a paultry £3k! They don’t spec the SLX in mechanical anymore I notice, frameset only.

Interesting stuff. Obviously the TT bike is designed to put you in that geometry and although she was able to get in the same position from an aero perceptive the video didn’t actually say they were able to achieve the same position mechanics with the road bike i.e as steep, with the same hip angles & such.

In the quest for aero on the road bike you could be sacrificing power output & hindering your running ability although I guess you would expect a steeper position on a aero read bike than a std bike.

Would have been nice for them to demonstrate she could make the same power on the road bike with TT bars vs the TT bike.

I got the SL Disc Ultegra di2 (62mm dtswiss wheels)

Interesting. So you’d recommend? That was actually the one I was looking at after I came back from the Etape. It was about £2.6k during that TdF sale if I remember correctly?

I think a new roadie is my next big purchase (although when that will be is another matter as I ride a roadie so infrequently it’s hard to justify … but then it’s probably chicken and egg into why I don’t ride them as much … I probably would if I had a nicer, lighter one, compared to my existing road bike), and this one is rather tempting. The data you’ve provided in the video is interesting in the context of hilly tri’s as well, as another potential justification.

All the chat above about disc rotors does scare me though. Traditional rim brakes seem a lot easier in that regard!

It was about £2.6k during that TdF sale if I remember correctly? 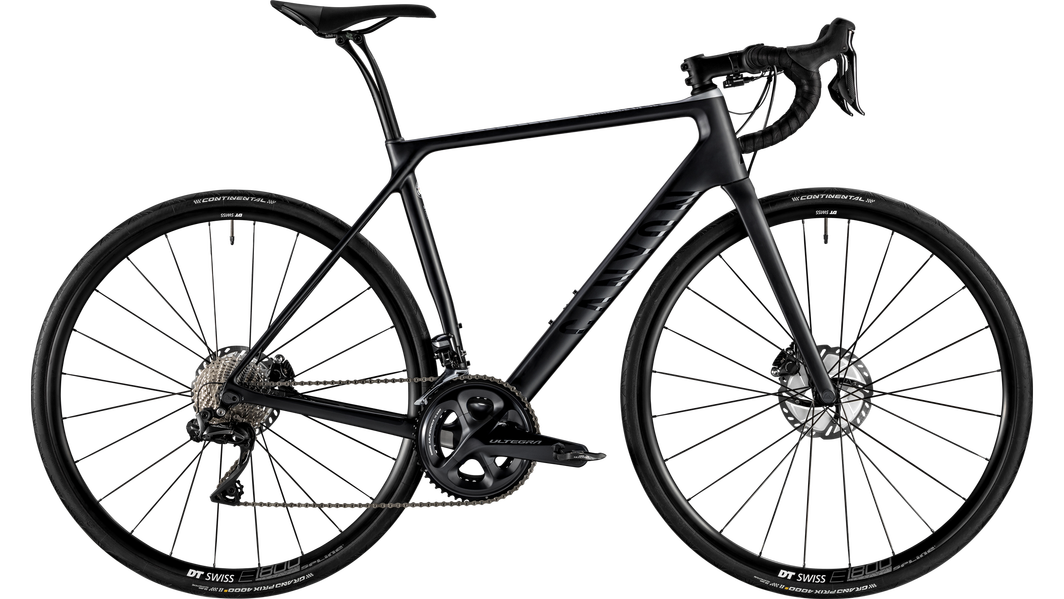 Germany’s Roadbike magazine judged this bike worthy of test winner status, and you should too: "This all-round performer can handle the rough. Its light frameset, excellent compliance and high component spec are all typical Canyon.”

Maybe he was meaning this one, but he said ultegra di2 which is why I presumed the first one: 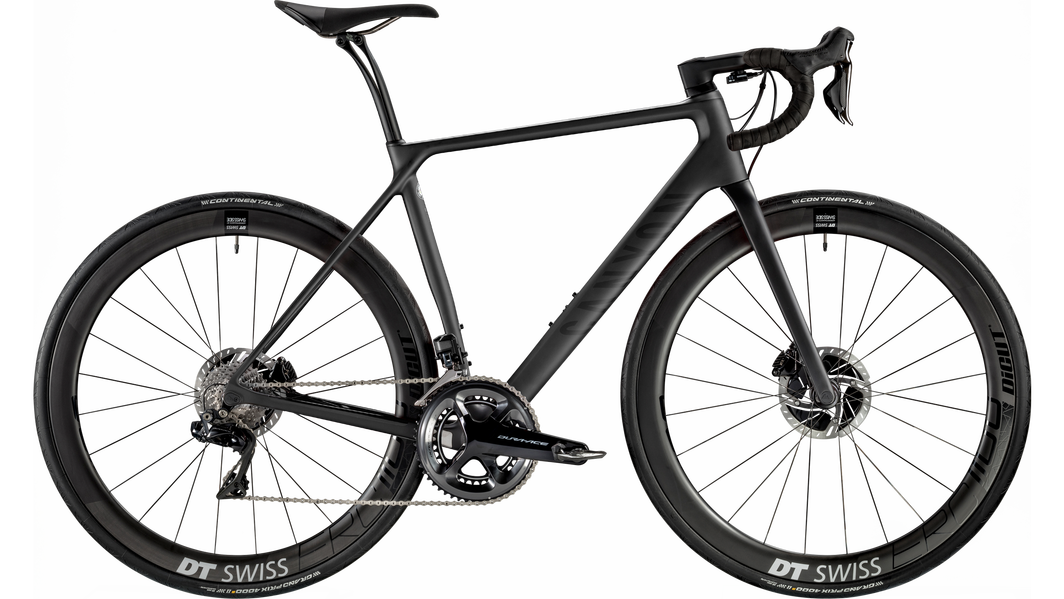 The award-winning Endurace CF SLX Disc 9.0 Di2 is the flagship of our endurance road bike range, its combination of comfort, control and speed sets a true benchmark. You won’t find a better balance of comfort and performance anywhere else.

Edit - my bad, I now see he said aeroad, so this one I presume: 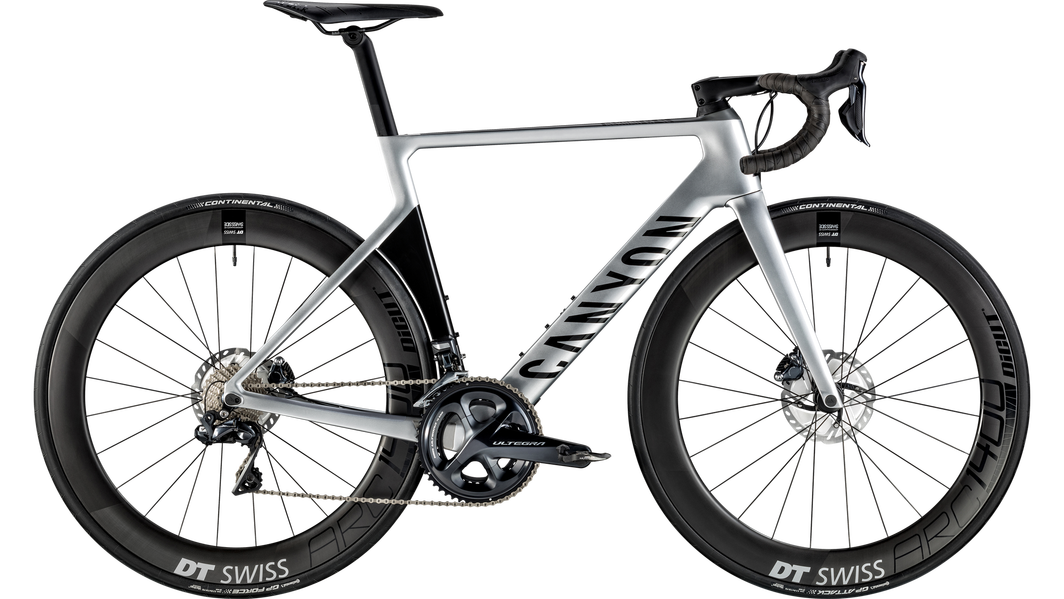 I’ve got the aeroad! Process for online it’s pretty painless if it works

about 10 days delivery from order, basic stuff to put together bars, saddle, pedals! Don’t get ride of box in case it has to go back either. Returns are to chessington so as least it’s not Germany!

I only like to see SLX on my Canyon top tubes

I went for the Endurace 8.0 SLX so I got the top-end frameset & carbon wheels, but Ultegra Mechanical to keep cost down (RRP was 3800!)… knowing I could always upgrade the groupset more cheaply. Discontinued model now.

My take away from all of this is kind of reaffirming what we already knew. The bike itself is a relatively insignificant part of the drag equation so, assuming you can achieve the same position, the difference between bikes is negligible whether that be road, TT, superbike etc.
If you want disc brakes or integrated storage, or just fancy something knew, then good luck to you but chasing watts is a futile exercise unless you’re in a position where seconds alter the outcome of your races.

Returns are to chessington so as least it’s not Germany!

Yeah, a guy from my club has been heading out that way a fair bit in relation to his Speedmax