Just entered this for lack of anything else to do, £35 for the Half, out and back twice course. There are a few options 5k/10k/HM and going through the old railway 1.6km long tunnel is quite cool (literally) and interesting!

8:53am was my individual start time with 30 second intervals between people meant I was 6th with starts based on estimated finish times. I’d put down 1:25 hoping to beat my 1:26 a year ago. As it is was so near the first few starters the area was pretty quiet but well organised mostly. Got lined up 2m apart and realised I was realistically in with a decent shot of a top 5 finish pending any disasters.

Got away with a double loop on slippy grass and some steeps onto the main Bath 2 tunnels cycle way. Not too many people about but I was finding the first couple of kms tough and was wondering if maybe it was just going to be a bad day but pressed on with trying to keep my ambitious target pace. Got to the main long tunnel expecting it to be cold however it was surprisingly warm, a pleasant suprise. However judging pace in here was difficult with no GPS and it being dimly lit, it was weird sensation, also hard to judge if there was an incline or not. Still no sign of the young lad who started ahead of me. Started approaching the turn around point and saw the other starters ahead of me. I quickly realised why the first out lap was so hard it was a long slow incline, so did my best to open the legs on the return leg, with the knowledge that out lap 2 was going to be grim. Gel 1 consumed before starting the second lap. Yep this was tough, but I decided that I could mostly push what I had on the second out lap, the return lap would be ‘relatively’ easy. Turn around point again and I had definitely made some ground on the young lad ahead of me, I quickly felt the legs starting to gain weight so had the second gel I was carrying and really started to press on without too much fear of a blow up. Every person I overtook in the tunnels I was thinking it was the lad I was chasing but it wasn’t…eventually it was…but the gap was too much and I was already running at pretty much max pace and there now being a lot more people about to dodge, competitors and the general public. I’d barely looked at my watch and had just been keeping an eye on the odd lap pace as I knew the tunnels would have screwed the GPS.

I crossed the finish line with a watch time of 1:20:27, the distance was just shade under 21km so maybe I wasn’t too far out! Placing wise no idea, but the marshall said it must be close. Results didn’t come in until 6pm that evening. Official time of 1:20:26 and a 3rd place finish, 2 secs off 2nd and 1:10 off 1st. 6 mins off my PB and with a flat course, convinced I could manage sub 1:20. It was strange racing like this as in the past I’ve always sat on peoples shoulders who are running the pace I want to and then moved my way up the field person by person when I felt I could press on, so this was quite lonely in that respect but good to be racing and also give some tangible feedback on the training I’ve been doing. 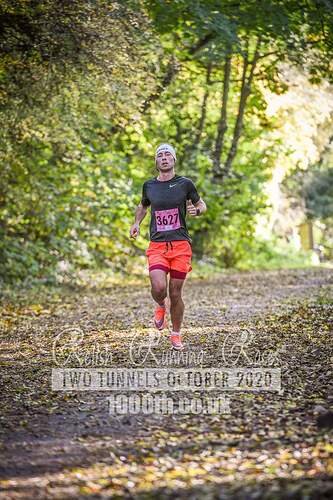 I hope you got penalised for the poor estimated start time!

Exactly what I did in my HM last year…thinking I’d do a ~1:25, then managed a 1:20:xx somehow…then kicked myself knowing I could’ve probably gone under if I’d have known - d’oh!

This is probably my closest HM. Yet my last running event was in 2012 iirc!

Well done on a great run. Looks like a lovely Autumn day in that pic.

Great running in difficult conditions - TT style and the gps limitations. This is the problem with these phased starts. You would’ve had a great race with that chap in 2nd for that spot if you started together!!

Really strong running. there’ll be something extra sweet about getting a HM time that starts with a 7 rather than an 8. And you’ll get that for sure by the looks of it. Though going that close does mean you’re going to have to start chasing sub 75 now though, right?!

Thanks all. Very pleased with the result!

I tend to be an all or blow up kind of runner, and thought I’d head out at low 1:20 pace and see how it was feeling. @Poet Gotta look good on race day

@Jorgan there is another on the 22nd November… We got lucky with the weather it couldn’t have been a better day!

@gingerbongo Indeed, I’m definitely a chaser, competitive sod, and willing to put myself in the bin to beat someone. On a flat course I think I’d definitely have to give 75 a shot, but fully aware another 5 mins off my time is huge!

but fully aware another 5 mins off my time is huge!