I wanted a cheap pub / station / commuter bike and had gone around a couple of local second hand shops, without success, when a friend’s dad said he had ‘an old clunker’ in his shed that he was going to dump. Did I want to have a look? 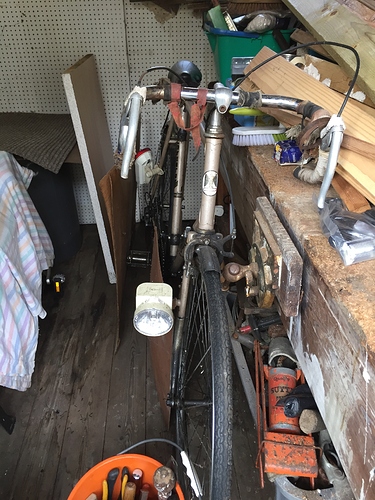 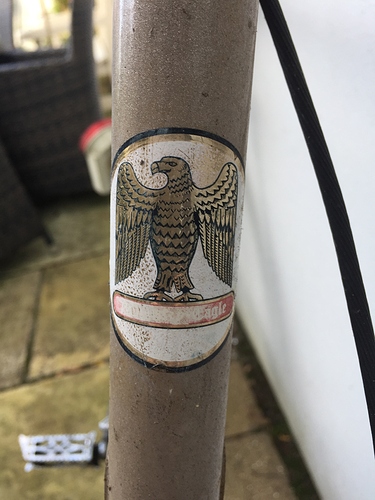 Someone at some point in time has put a Campagnolo front mech on (think it’s a Grand Tour push rod type) while it’s got a Shimano rear mech, and the most horrible Brooks Vitesse saddle. 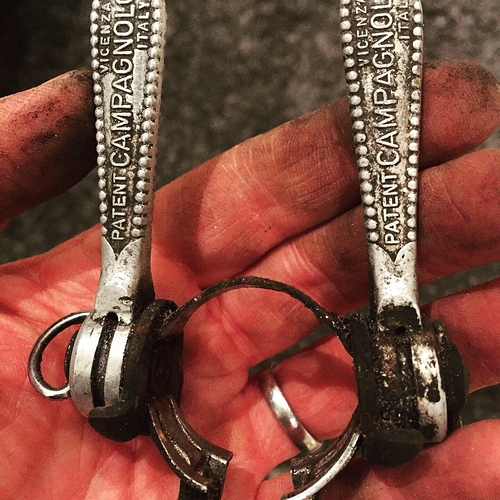 Other than the cotter pins which were siezed quite badly and took most of yesterday evening to strip, the bike has stripped down quite easily. 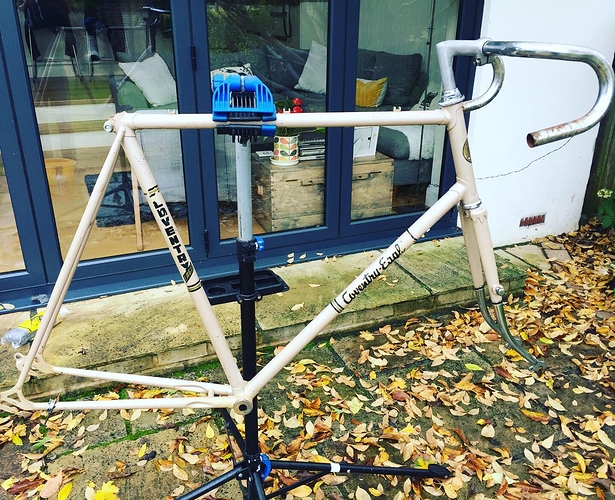 Not going for a respray but will just clean up, install new bearings all over and reassemble.
Think I might change the downtube shifters to bar end ones. Hopefully will not be a troublesome as Jorgan’s Frankenbike.

Interesting project! Keep us updated as you build it up.

Have no fear @Poet, once the Magnolia has dropped all its leaves, I’ll be out there with the rake. Jet washing will happen in the spring

Ok, so a couple of hours last night, stripping down the brakes, cleaning and reassembling. 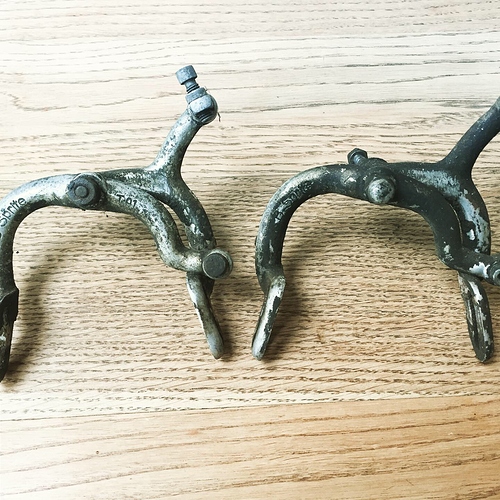 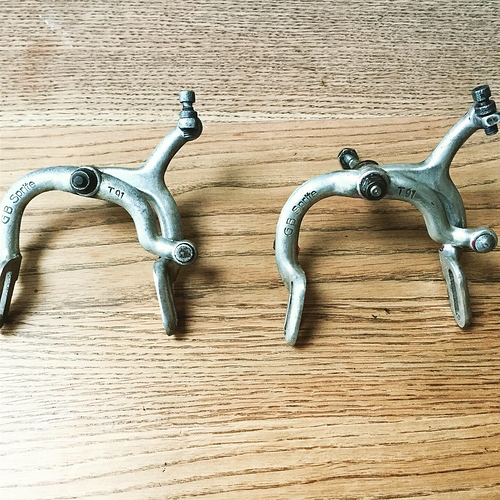 Same with the chain set. It’s an odd one as it’s got a 48/46 double! Can’t quite understand why you’d have two such close chainrings although when looking on a few YouTube videos of classic bikes, it seems that they were quite common. The crud caught between the two rings took a lot of faffing about to get out as it was packed in so hard. 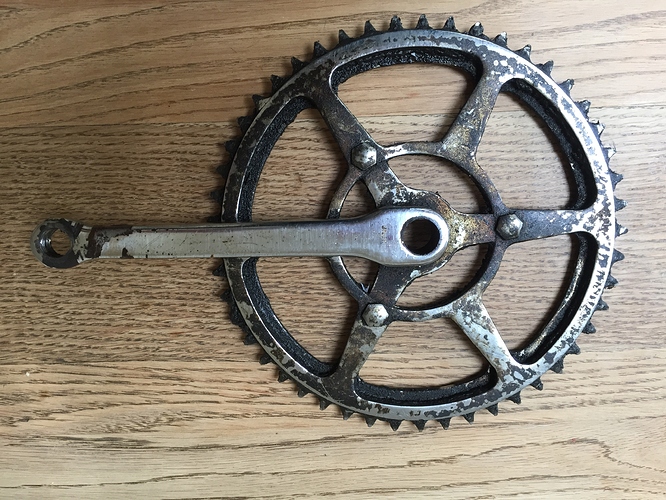 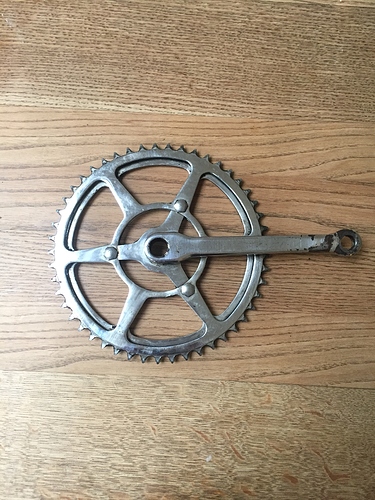 Hopefully over the next few evening I should be able to sort out the headset and bottom bracket bearings.

Is that a solid steel crank? must be weighty.

Brings back memories, I bought a red Coventry Eagle from junk shop in the late 1980’s and built it up. Not sure what happened to that bike though… I suspect that it got left in the shed when my parents sold their house

Back in the 80s my first road bike which I bought from Kingston Cycles (then became an Evans) was a Clements. Lovely steel frame with 531 tubing. When researching this bike, a few websites mentioned one of the main Coventry Eagle people being called Clements. Got me wondering if there was a connection?

Ended up having to bin the frame after crashing it.

I don’t like using white spirit, but I’d have been tempted to dunk those parts given the state of them!

As long as it passes muster with her who must be obeyed, then other opinions are of little relevance

Yes, some white spirit and fine wire wool did the trick for most of it.

A bit of gentle filing to get the cotter pins to fit. Give me a Shimano hollowtech bottom bracket, any day. 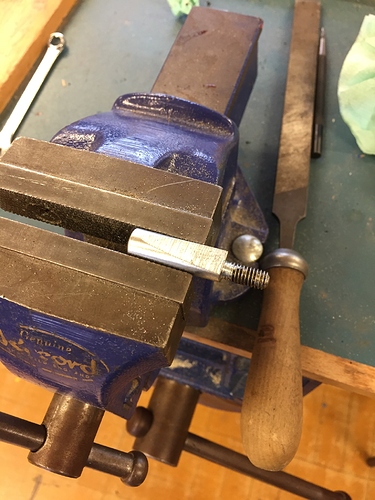 Next couple of jobs are to have a look at the wheel bearings and give the rims a clean. Strip and clean the rear deralliuer and then start building back up. The only problem I can foresee is I’ve got to find some ferrules the go into the brake hoods to connect the brake outer cables. Hopefully another week or so and it will be finished.

I am definitely seeing the attraction!

A couple of hours last night putting the Campag front mech back together and stripping and cleaning the front shifters. Pretty certain they had been assembled wrongly in the past but will see if I can dig out an exploded diagram from somewhere. 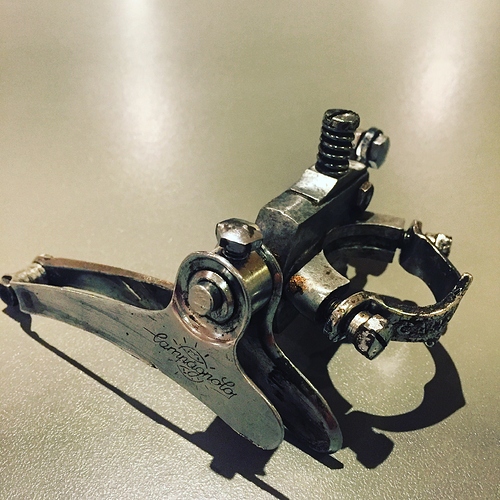 Are you going full on fiddly and putting some Delta brakes on there, too?

Trying to use as much of the original bike as possible to keep it as cheap as possible.

Finished the Coventry Eagle off today. 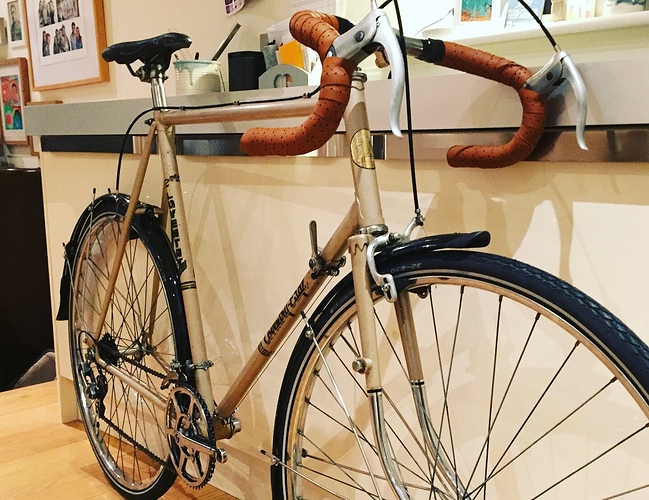 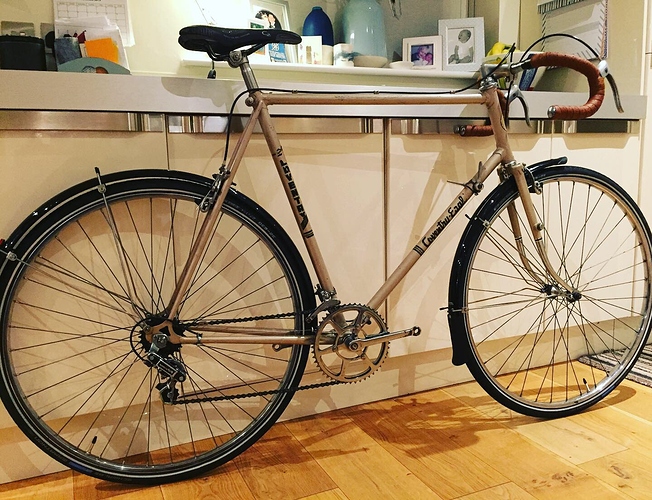 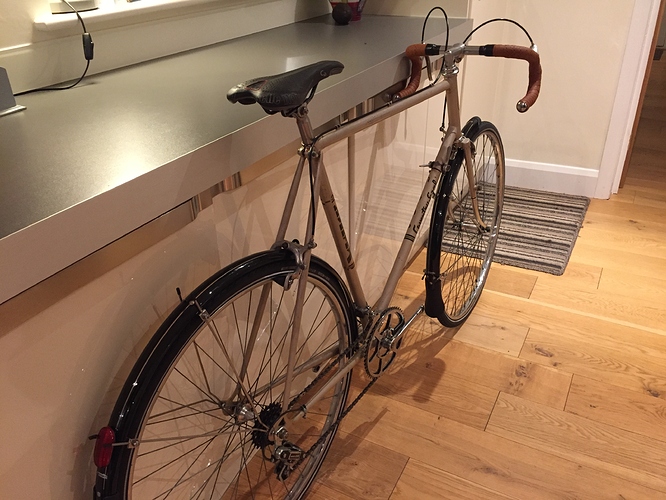 I spent the most on it today, with a £40 set of full length mudguards. I was amazed at how well the rims came up. A little bit of surface rust but nearly all of it came off with some fine wire wool. 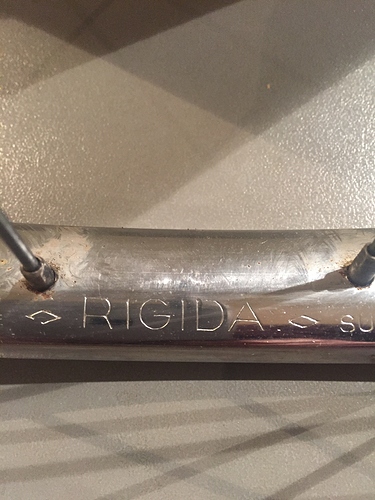 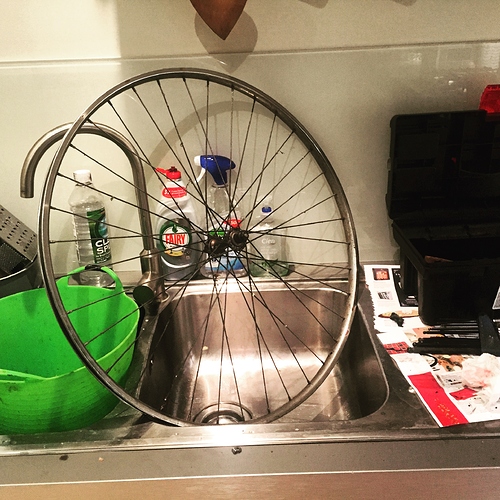 The brakes are not up to much and will require a bit of fettling. I get the feeling they will be replaced quite quickly.

I’ve got a 10k race tomorrow so will ride out as a little shake down ride and see what needs addressing.