The best watch ever 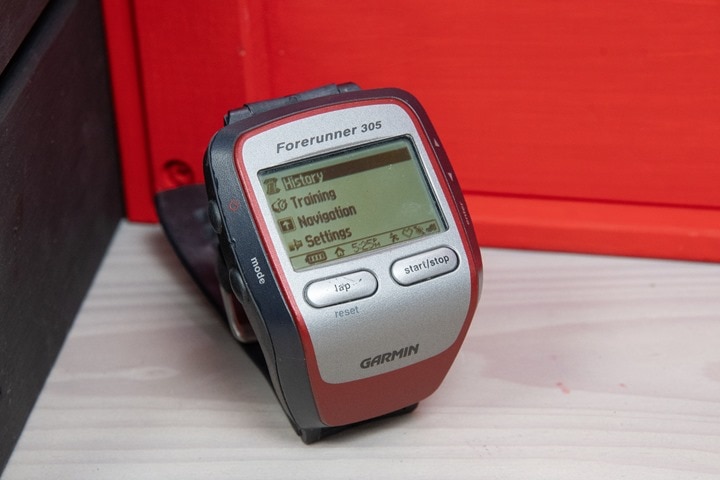 15 Years This Week: The Forerunner 305 Was Released: How does it test now?

It was 15 years ago this past week that the Forerunner 305 was released, at CES 2006 (Consumer Electronics Show). Arguably the device that began it all from a GPS running watch standpoint, its famed reddish color made it easy

I went too early with Garmin and got the 301, was the size of a tablet and often took a very long time to find a satellite. I wouldn’t have been surprised if it couldn’t find one if it was in the ISS.

I had a Timex Ironman watch for swimming.
It had a “mammoth” 50 lap split function 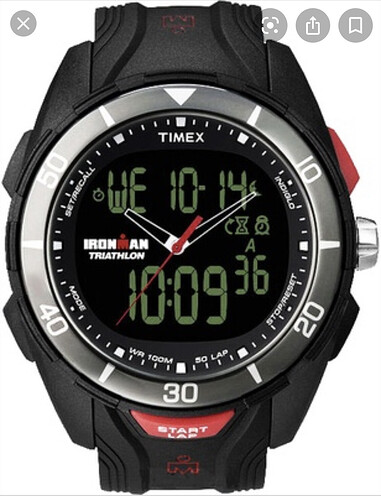 I was a bit surprised when I saw that, I thought it was a couple of years later. They were a good watch, I had one after my Polar.

Loved the 305. Got mine for Christmas 2006 just after having started running a couple of months before and glad to have had the 305, not the 205. Accuracy was mostly good as long as you remembered to leave it to get a signal for a minute before heading off.

Thanks to the timing of this coming out just after I started running (and loading all history into Strava) I can compare almost all running I’ve ever done minus the first 4-5 months. Nostalgic check has my first recorded run as a run commute from 2nd Jan 2007. 8:37min/mile and 160bpm avg! I bet I was knackered at work after that.

I bought the 205 as cleverly thought I’d never be bothered about HR, just wanted to measure distance.
Then bought the 305 when I realised the error of my ways.
I’m still using the HR strap I got with it, better than any of the newer versions that have come out since, as long as you don’t want running metrics, swimming etc.

We soon forgot the hassle of having to dock in a cradle connected by USB in order to use Garmin Express to download it… thankfully!

My 305 lasted for years but eventually stopped holding charge. Got a new battery online from Germany & took the thing apart to fit. This was not straightforward, at all, and required a bit of soldering. 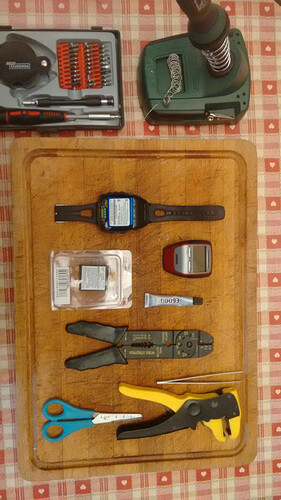 Having done that, it immediately got nicked from the roof of my car, where I left it to pick up satellites while I went for a pre-run pee.

Yeah, triafletes today will never know the pain of waiting outside in the middle of winter for a satellite to peep through the clouds

I started with a Polar S520 (I think, a Polar something anyway) with a HUGE footpod. Probably in 2006. Didn’t graduate to GPS for a couple of years

I was a late adopter to GPS, starting out with a Polar S625X in 2004 with a big foot pod for running the speed sensor that zip tied to the forks on the bike. Workouts uploaded by the magic of infra red transfer, if you were lucky

I got a Garmin Edge 205 for the bike in 2007 and it promptly lost the satellites for all but the first km of the bike leg at IM CH.

My first foray into GPS for running was a Forerunner 310XT in 2010.

I seem to recall that the Forerunner 305 wasn’t waterproof, so people used to stick them under their caps for the swim

. I don’t think I’d risk that with an “expensive” watch

Actually I think that’s what I had too

I seem to recall that the Forerunner 305 wasn’t waterproof, so people used to stick them under their caps for the swim

. I don’t think I’d risk that with an “expensive” watch

It was waterproof, but didn’t get anywhere near enough satellite on the wrist. Maryka lost my one out of her cap coming out of the swim at IM lake placid - although someone handed it in and we got it back.

Loved my 305 and the only watch to accurately give me current pace.

Got a 910XT and current pace was all over the place!

Another with a Polar s625x, footpod from 2005 and got a Polar Power meter (that was a faff to set up, but it was 2nd hand off fleabay so cheap)

I also had a Garmin eTrex from 2002 for hiking and mountain biking.

Forerunner 301 was before the 305. Still have mine and it gets an outing every now and again. Although I have upgraded several times since. Sometimes I like to go all tech with data for a season or two, then I go the complete opposite and go on feel. It’s amazing that once you dial into feel, you can judge yourself very well, which is very useful. I get numbed to dialing into my body when constantly relying on numbers real time.