OK so what’s the deal?

Worth it, some benefit, total gimmick or just something cyclists do to feel pro?

Obvs on the turbo today, despite the fan, things got pretty wet in the old shorts! So is it worth it, what is it actually supposed to do. And what brands are people using?

Mrs GB has also been complaining of discomfort downstairs, especially in the warmer humid weather (she only rides outside, maybe once or twice a week for 1 to 2 hrs max). She used to ride slightly longer without any trouble, but that was before baby 2. Don’t know if that would make a difference. I know there aren’t many females on here, but hoping someone could shine some light. Does that sound like an issue chammy cream could help with, or is it more likely fit/saddle related?

On the general chamois creme point, yes, I find it makes a difference. I can definitely tell if I don’t use it. I won’t bother for a short ride somewhere outside doing some errands, but even for pretty short turbo rides I’ll use some given you have much less natural movement on the saddle.

My understanding is it does two things. Reduces friction, and also prevents moisture build up which will mean the skin can be irritated much more easily.

I’ve used assos before and a lot of people rate that highly. I’ve been using the muc off stuff more recently. Mainly its a bit more cost effective as the tubs are a bit bigger, and I’ve not noticed much difference.

Bag Balm is the one. I chafe really badly on long rides and runs in a couple of places, and BB even heals cracks and sores.
Amazon by the tin.

Yep I use with. Without start to get saddle sores. It wont help much with pain from pressure. It’s more about reducing friction

I finally bought a jar last winter, but I keep forgetting to use it, so it cant be that essential.

The only time I really needed it was IM Lanza, I think the reddish/brown still marks my saddle from the bleeding.

Standard barrier cream from Hema at £2.49 a pot. Just took delivery of 10 pots which will see me through winter. 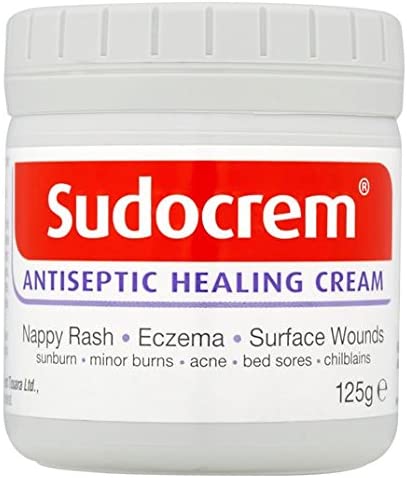 That was going to be my next question. As I’ve got plenty of that in the house!

Petroleum jelly. Doesn’t get absorbed like cream. Especially good for triathlon, with the swim.

Chamois cream was designed for when inserts were made of chamois, that would harden after washing; to soften them again. Modern inserts are always soft, so the original concept is outdated. Lube is what you need now. Would you use ‘chamois cream’ to prevent chafing anywhere else…💁

My thighs rub and chafe every now and then.

Got a tub of Assos chamois cream. Forget to use it all the tine though!

Sudocrem is too thick and gets absorbed.
Zinc & Castor oil cream from the baby section of Boots is the way to go for a cheaper option. Haven’t used anything else for years.

I wear it most of the time.
Assos is probably the best of the easily available ones.
TSCs is good, but more oil based and that’s prone to damaging nice kit (hard to get out of tops, etc)
The purple and yellow label one is also really good - Chamois Butt’r

I’ve always been happy with Sudocrem, but my shopping staff have been asked to hunt down some Zinc & Castor oil cream.

Sudocrem is a bit too messy for me, although I use it if I’ve got cuts etc.

I like the Assos or Rapha creams, they definitely for rides over an hour and prevent saddles sores and if I have one they actually help ease it. Although they changed the Assos one a few years ago and I don’t think it’s as good now.

I’ve regretted the few times I’ve forgott so I’d say 100pc makes a difference. Only ever used Udderley after recommendation. 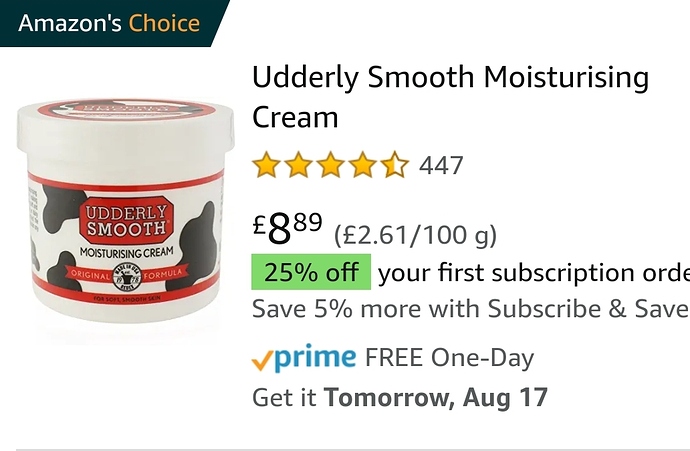 Does that sound like an issue chammy cream could help with, or is it more likely fit/saddle related?

The fit of the bibs and the seat, the biggest factor is usually position on the seat.

However, if this is new after a baby, she may need a wider seat - babies can have quite an effect on the bone structure.

I’ve used a few. But only ever when things start going south. Oops.

If I’m starting to chafe after long summer rides my go-to has been velochampion or muc-off…seem to work well.

If it’s gone beyond…well then that’s when the sudocrem comes out.

And sometimes it goes BEYOND in one single ride, when the foresight and earlier application of chamois cream might well have saved me.

But hey, compared to the amount I spend over-cleaning my bike, I reckon I’m up on the deal…

Shit: this is exactly my approach to dental hygiene too. Minimum expense until s hits the f. I am an idiot. Do your own thing!