So I thought I’d start a thread for my stupid ideas that are coming up over the next 5 weeks.

Hopefully the hive mind can help me bounce ideas off to try and achieve best outcome.

In 2018 I was going to attempt the GWR for fastest marathon dressed as a zombie as it’s one of the characters I do. Record was 3:17, so doable.

About 4 weeks out I got injured and couldn’t run.

Record then got lowered at London to 2:43, so out of my reach.

Then I got into the VLM for 2020 and the hunt was on for a new record.

All the costumes I currently do all had records that were way too fast, so decided to go down the list to find one that suited.

After scrolling through the GWR site, I found my answer.

You have to wear the Ninja Tabis

Undeterred, I bought myself an outfit in early 2020 and after getting some more robust Tabis took it out for a couple of Parkruns 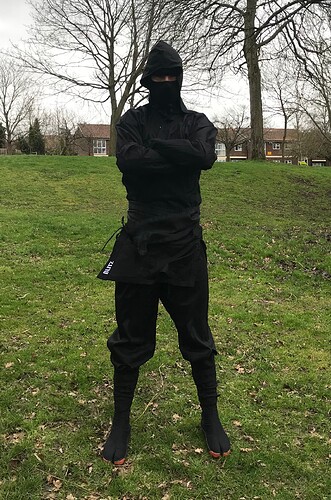 Then there was little thing happened and the world went on pause.

During this time I did a lot of running and the VLM was rescheduled to Oct.

Guinness got in touch and said they weren’t sure if they would be doing record attempts for the Virtual VLM - the website says it has to be an official event.

Didn’t bother with the virtual VLM
Second lockdown came and did more running.

Onto the GWR site to reapply for the record….

Turns out they let a guy in Cambridge do an attempt at the virtual and he’s lowered it to 3:54.
You can find it on Strava.

Was at this point I found out that there was also a Half Marathon record and I was eyeing up events in November at Dorney.

Then I noticed my local HM was 3 weeks before London.

Mad scramble to get the application to Guinness, but was in.

So after a crappy year of races - MK Marathon and not going to Frankfurt - here we are.

Have been doing 4-5 mile runs in the tabis, plus another run in the full outfit.

These have all been way faster than I need to run either race, but also shorter.

Issues so far have been some chafing on the knee, which is easily fixed, and second toe on the left foot rubbing. Am trying to stretch the left shoe, as I don’t want to take out the inner sole or remove a pair of socks as this will mean more movement inside and the split toe part whacking into that gap.

Pacing wise I have to make a decision.

Do I go out at my “normal” run effort, which in the shoes/outfit has been about 7:20-7:45 pace which allows for a large drop off or go out at a more conservative pace which will feel unnatural but may lead to less fade but also less room for error?

As there are loads of record attempts at London, I pretty much just have to turn up, make sure they know I’m there and the evidence is gathered around the course.

Go under the time and you get on the spot ratification.

The Half is harder.
I have to provide the evidence which can be all or some of the following

Been looking at how to video myself, which the previous holder did by just holding a camera.

I’ve got an old iPhone which is capable of recording for over 2 hours, so am thinking of getting one of those pop holders to make it easer to grip and possible a Velcro elastic strap

Madness haha but love it. Don’t have any useful tips or advise but wist you best of luck in both races

I’ve got an old go pro mini 2 or something. If I can find it and the associated chest mount and it still works (which I’m certain it will, as it was barely used) I’d more than happy to send it to you to borrow.

Also, are you wearing injinji socks?

Have one myself and the chest strap (was going to use it for the Parkrun smack down) but the issue is battery life.

I’ve just had to google ‘ninja Tabi’. Every day’s a learning day. No advice I can offer either, but best of luck Funkster. 🥷

What date is the HM? I think we live pretty close so I’d be happy to be a witness if I’m around.

I was expecting something about railways

Are you allowed throwing stars?

Whatever you do don’t wear a rucksack!

Can people attack you at random points around the course, or is that frowned upon?

(I caught the end of a Pink Panther movie yesterday)

My hat is doffed to you sir for simply trying this madness.

WRT pacing, a lot of my friends used to train and do shorter races much faster than their MP, and often had bad days racing a marathon. I just don’t think they did enough at MP.

Although there’s lots to go wrong like feeding, I think going at a pace you aren’t used to doesn’t help as the body isn’t as efficient or used to it. Although with the suit and shoes your standard pace will be much harder.

But obviously going off too quick could lead to a painful day. I think I’d try and get some miles at your target pace if that’s not what you are already doing?

What date is the HM? I think we live pretty close so I’d be happy to be a witness if I’m around.

12th but unless you’re gonna do 13 miles with me, I don’t think I can use you

Are you allowed throwing stars?

But obviously going off too quick could lead to a painful day. I think I’d try and get some miles at your target pace if that’s not what you are already doing?

This is the issue

What pace do I target?

Oh, well I’m away and not going to be able to keep up even if I was here.
I thought it was just going to be witnessing you pass at a few sports.

Thanks for the offer

What about peaches? Although I suppose the song is tinned, so still quite weapony.

A Ghost Drift or something similar bikey mounted on the vest would comfortably last the 2 hours, like the iphone though less cumbersome unless it doesn’t really matter where you point it?

RPE might be an option or even HR, unless you have a run power meter?

Also, if you weight yourself with\without the suit and use one of the calculators to predict your speed increase, similar to age grading might that give you an idea of what a certain pace might feel like. Although it probably doesn’t take into account things like stride length and count etc.

The half might give you some idea, but the jump is quite an increase. RPE might be a better bet for the marathon, steady first half and push on if you are feeling good. 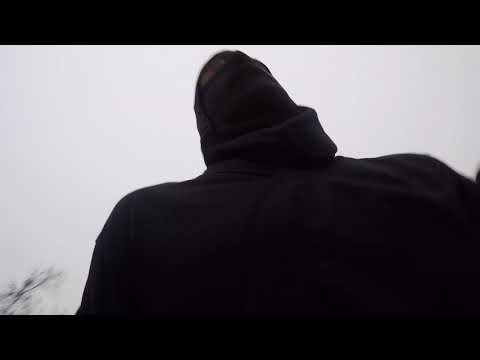