Europe's on fire - coping with heat

There’s been quite a bit of chat on other threads about high temperatures in this summer’s IM events. I’ve been looking on, in horror, at the temperatures that Switzerland will be having this week and although my event is 4 weeks out, it’s still a bit disconcerting to see such high temperatures. I was mentally prepared for potentially high 20s / low 30s but the prospect of temperatures in the mid to high 30s seems like a very real possibility.

I’ve struggled in the heat in the past. Last year I did a 600km audax and even at a very steady pace I was struggling to keep food down when the temperature hit the mid 30s. So I was wondering what tips or techniques people have used to help them cope? One of the main things I’m going to do is to not use a trisuit. I’m going to use my club bike top which is quite airy then in T2 use a baggy running top to try to get as much air over my skin as possible, to aid cooling.

Slow down, don’t over hydrate and get hyponatremia. Bang the electrolytes in if you’re worried about the latter. Ice on the run course if available.

I blew after 4K last night.
HR skyrocketed and I struggled to maintain 5:00/km

After 13km I just could not hold it anymore and I just collapsed the final 9-10km back to the hotel.

Also, slow the heck down.
No solid foods and keep those electrolytes going.

The Ironman Frankfurt help link I posted on that thread has some sage advice.

Also - get out and train this week if you can.
Actually outside and see what paces you can do.
But be aware that 5 hours is very different to 10+ hours

I went out running on the summer solstice in Madrid last year…over 30°C at 21:00. Not a high performance environment.

Lanza was hot but the high winds and cloud cover (in the morning anyway) really helped.

Yes, I’ve already mentally prepared for the fact that I’m going to have to slow down on the run if it’s a very high temperature and time goals will go out the window. I’m going to be able to practice running at that time of day in a couple of weeks and will use the same kit to see if I need to make any adjustments. I’m even thinking of getting my hair cut stupid short. Every little might help.

Saunas make a massive difference. This was the article I originally got sent by someone who’s been to Kona: 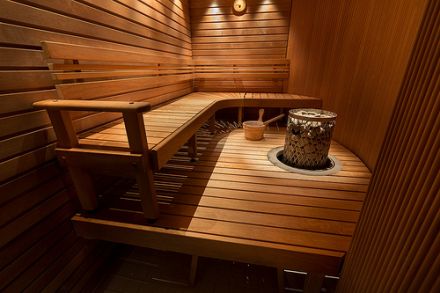 Are Saunas the Next Big Performance-Enhancing “Drug”?

Preface by Editor This post will explain how heat can be used to increase growth hormone, muscular hypertrophy, endurance, and otherwise aid performance. It’s authored by Rhonda Perciavalle P…

I used them before Mallorca and Bahrain last year. Generally after swimming, but sometimes after some wattbike sessions. Starting at 10mins, I was counting down the seconds to getting out almost immediately. HR would be shooting up very quickly. After 2-3 weeks of 2-3 sessions per week, I could comfortably maintain 15-20mins in there with a steady HR. It’s a very simple way of encouraging heat acclimatisation, and from my experience of Bahrain where I went from a British December to the Middle East, I coped pretty well.

Albeit, not in Frankfurt (maybe most DNFs for an Ironman?)

Purple patch used to have a good sauna protocol on their website.
Now it seems to be hidden behind at 25$ paywall. Pfffff.

If you find it let me know

My rough maths had 2015 as about 1000 DNS/DNF; quite a few apparently registered on-site but pulled-out in the preceding days. I expect Ironman have the stats - but to say this is unusually hot is a bit of a stretch where this event is concerned.

I will never do this event again, just the dicking around with the split transitions when it’s nearly 100 degrees is a PITA. I was drained before I even started. I’ve never seen so many medical tents set-up in the finishing area. Normally it’s one marquee, but there were at least 3 iirc; it was like a field hospital…and I avoided them

ETA - wetter.com has Frankfurt as 32 on Sunday.

+1 for the sauna, I’ve also read something about possible performance enhancements, was a while ago though.

Or, you could come oop north with us northern monkeys, it’s currently about 13c and raining

I did Vichy half in 2012 with the “canicule” - 42 degrees. It was along day out.
The main thing is to adjust expectations. The next is to keep your head cool. A full cap and making sure it stays wet as much as you can. Swims are likely to be non wetsuit but just embrace it - you need be as cool as you possibly can be. Being in a black, thick suit in sunlight is just ridiculous.

I’m heading to Nice this weekend to support my friends. That run is going to be brutal.

If I encountered temperatures around 40 again, knowing that it would just be about getting around the run in one piece, I think I’d probably change out of my skinsuit in T2 into a 2-piece that was better suited to the hot weather.

Zurich was 35 on the run last year. I used my tri suit on the bike, but changed for the run. Lots of wet sponges on the course, some of it is in the shade, but one street in particular was in full blast of sun with light colored buildings on either side, which seem to intensify the heat

Currently it is hot and humid here, but due to cool down next week. Lake is still cool, but warming fast.

Humid here, but only low-mid 20s. I was leaking after a 6k brick run yesterday and it was cloudy.

18 degrees here last night and my 10k jog was so much easier than Monday’s death fest.
Just a parkrun to slowly jog round on Saturday, then the temps drop right off into Sunday - when I’ve a 112 mile ride penned in

I can see now why you don’t do events on the Continent. What was it, like 23-4 degrees?

Yup. 25 here. Zero shade.
I absolutely died.
I had your voice (via Robert Newton) in my head about chinooks and the Vietnam war, too

YOU WEREN’T THERE MAAAN!

But in a pirates accent