Seeing photos and videos frothe seats I had. Looks like a great atmosphere. Just didn’t think England were going to win this.

From what i’ve seen on Facebook, the lovely, football mad young lady who benefitted from your ticket has fully appreciated the opportunity though!

Glad she appreciated it.

Apparently the German headlines are that 56 years after they were robbed in '66 by a dodgy goal, they’ve been robbed again by the handball not being given as a pen

I’ve always thought the Engish and the German’s are a lot more similar than they like to admit. Hand of God anyone?

On holiday with my sister-in-law and her husband who is German. It has not been mentioned…yes

Great start for you, still could be worse, West Ham will get a hiding tomorrow

At least a hiding at City is something you put down to experience, Bournemouth though, hmmm, Gerard out?

are we the only club to a gazillion pounds on new players and not be able to play any of them today???

Leicester haven’t signed anyone. Going to be a long season

Do you think West Ham gave their postcode and offered this game with Gift Aid???

Yep. But a few clubs are thinking that…

That’s a relief after last week, thought City might still be at sixes and sevens.

Pleased Haaland is off the mark too, looks a decent striker, not sure how many he’ll get against sides that park the bus.

Awful, watched them play keep ball. Foden bossed it, Haaland is some player, Grealish is a joke though a bad one. Almost as big a joke as the bowl, ran out of bottled water before kick off! £2.50 a bottle , not allowed to take your own in and they didnt even have enough for pre game 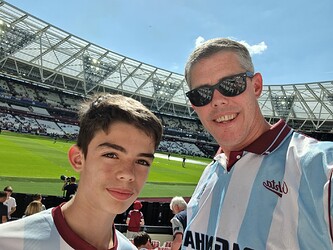 Grealish always seemed an odd buy for Pep to me. Undoubtedly talented but most fouled seemed tk be the most touted stat. He never seemed to live his life away from footy the way Pep expects. What he did with his car during covid as a prime example. I guess this season he has to produce, he’s 26 so no kid woth potential. Foden looks superb though.

I see Foden in a different light today, talented no doubt but also has a proper work ethic too. He is clearly an England starter for me

Grealish has always had that enjoy himself too much mentality, when he first broke into the Aston first team the summer was spent in Ibiza or similar on NOS. Got himself famous and lockdown was never going to lock him down. I’m sure there are many people who would follow the same route going from nothing to many thousands of £££ a week more than you can spend, I know I would.

Footy-wise, at Aston he was so far ahead of the majority around him that we let him do what he wanted and when he’d got the ball at his feet, he managed to draw free kicks back in the Division 2 days because he was so much better than your average Burton/QPR etc defenders which meant Hourihanne or McGinn scoring quite regularly. Fast forward to City and he’ll never have that freedom so less likely to get free kicks or if he does it’s because he’s doing a bit of diving which he never needed to do before he got to the Prem.