Giro - AS IT HAPPENS

didn’t get chance to watch in detail but Mr Thomas is going to have to TT the hell out of the opposition and do a Froome solo to stand a chance of winning it. Yates might get some time back but has a lot to do too.

Gotta think he’ll abandon. Wiggins suspected that based on the way he was riding, the rips on his jersey, and the time he was losing, that he probably has a cracked rib or something like that. G wasn’t there to battle through like he did after the pelvic fracture in the opening stages of the TdF in Corsica.

Depending on the severity, I could potentially see them choosing to can the Giro with G, and add him to the Vuelta roster to give a 1-2 attack with him and Froome.

Currently trying the cracked rib thing - not too sure how he’d push through it on the steeper stuff based on my experiences so far, not just the racing but recovery/ undisturbed sleeping is a major issue too

Yup!
I smashed my ribs in as a teenager and could barely breath or sleep.

Naff all they could do at the hospital.

Ineos really have had a year to forget.

They have signed well for 2021, but with their budget and talent they should have so much more to show…

No plan B for the Giro. Thought Tao might step up but he got shelled out of the lead group when they ramped it up.

The Vuelta is now huge for Ineos to save their season.

Odds on 2 out of 3 of Sivakov, Bernal or Carapaz going?

Agreed, and Froome was shelled 100k from home at LBL…

Anyone see the crash? All because some bellend threw their bidon along the ground in a pack 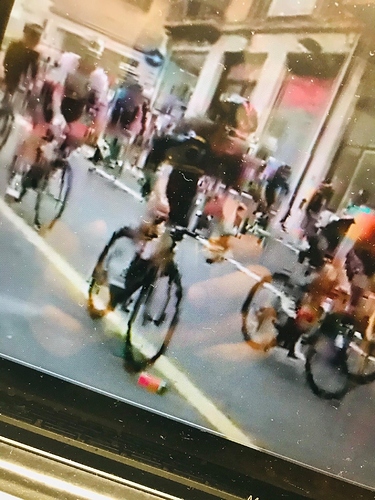 Couple of people noted a slight dip in the road just near there, so maybe bidons shelling out of their cages. Bad form though regardless.

Not exactly Roubaix is it; I vote manmade.

Blimey what a stage, decimation. With G and Yates, Im not sure I enjoyed watching these “lowlights”.

It did occur to me that beating the Italians on Sicily, with the casa nostra bored from covid, might not result in the outcome you want…

Didn’t work at the front though did it. The Ecuadorian snuck away!

I thought the same. There were other bidons flying across the road in the fanvid though, so maybe there was something causing bottles to go flying? Although I have never once had a bottle eject from a traditional bottle cage location …

No me neither. It’s standard procedure for them to use bottles and discard them; presumably these were their ‘drink & discard’ bidons for the Neutral zone.

In which case it comes back to my point about Alaphilippe and his erratic riding the other day … you’d think pro riders would know better about this $hit! It’s their careers on the line, and they seem to be so ridiculously blasé about actions that put each other at huge risk.

Agreed. Look at all those fans on the final climb yesterday too; saw hardly any masks. Way less than we saw at the Tour last month. It’s not like they were keeping 2m+ away, and not shouting in their faces