Having recently established my memory is not what it was, I think we had a tread like this on the old forum.

Anyway, spurred on by the forgotten music thread and my recent MTB rides up Harrow Hill, I give you… 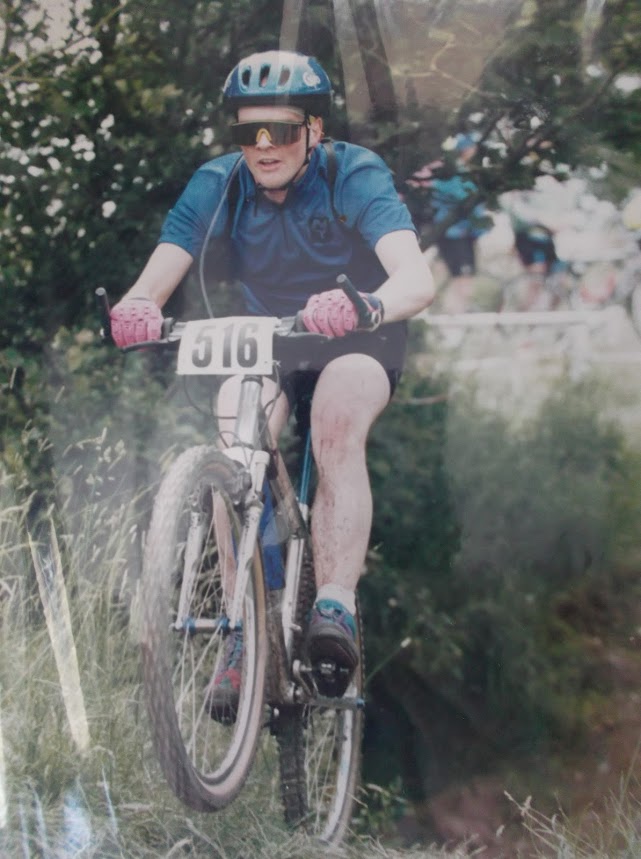 641×859
Actually, I think I still have those Axo shoes in a box somewhere too.

Please Note:
Apologies for the photo of a photo in an album.
Also, the cheap Woolies sunglasses, as I was saving up for some Oakleys.
However, check out the cutting edge, for 1994, Magura hydraulic rim brakes.
(My mate built the bike for me at discounted Trade prices.)

Any other old favourites out there?

Not cycling related but I’ve got a few tops from football going back to the 90’s I think.

I ride a daily commuter that is of 1986 vintage… and have a cycling top somewhere that I bought on the same day… still wear it occasionally as an underlayer on filthy days!.. its a bit ‘80s’…

My 1993 Oakley Sub Zeros. The plastic is getting very brittle around the hinges now; even sat in the sock drawer for the last 20 years! First ever pair. 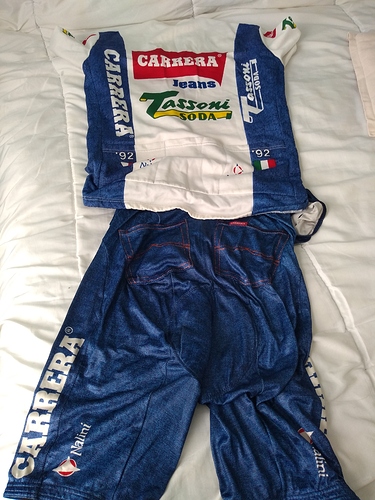 My Blackburn Headsweat (yes, it was really called that). It’s one of those bike protectors for the turbo, and I can remember exactly the year and month I bought it, as I was on honeymoon (my first one). Jan, 1990 and it’s still used every time I hit the turbo.

The two bits of elastic that hook on to the brake hoods are ‘less than effective’ these days, so the tension is taken up by the velcro that wraps around the seat post.

Honourable mention to to a pair of Assos gloves I bought, again on holiday in the UK from Ron Spencer’s shop in Warrington. They lasted 13 years with regular use.

I did have a pair of cycling tights I bought in 94 (first year at uni of Leeds) that I threw out last autumn/early winter as they just kept sagging.

My helly Hansen black thermal layer top from 2007. I bought another in 2012 but I rarely wear it. My 2007 top may be a bit slack and is riddled with holes but it’s seen a lot of action

It’s had the cuffs restitched a few times, has a few scrapes from some black ice crashes, but it still ranks as the most useful and oldest piece of kit I still have.

There’s a 2008 AUS Oly team long sleeve that gets used frequently - made for Beijing, it’s great when it’s soaked and it’s hot - but I didn’t earn it, so the USPS one is better!

Please (I’m far too much a newbie here to be taking this on) tell me your language is ironic?

Won best novice, swim was ruthless … I wouldn’t get in these days … God I’m old!! 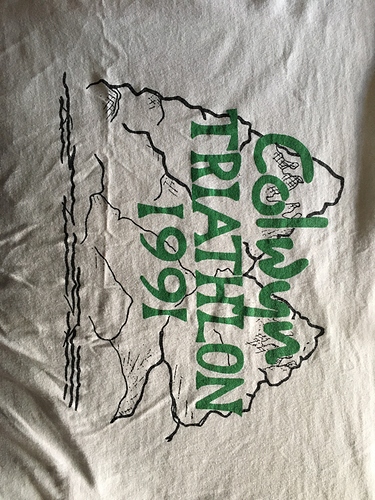 I am newish to events, so I don’t have anything particularly old. However, I did buy a pair of Mark Beaumont pedals that he used during his Around the World in 80 Days record.

When the lockdown ends I plan to get them framed. 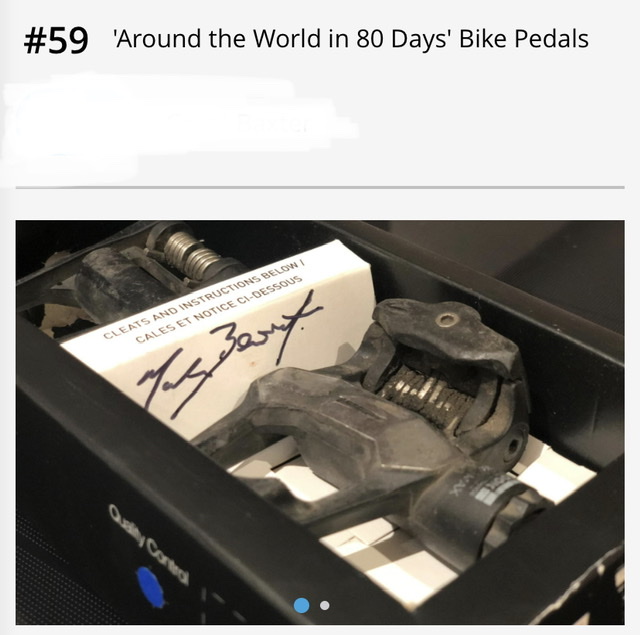 I wouldn’t use them… but in his book he talks about how worn everything gets, and these sure look worn!

Little bit of cycling history I plan to mount in a nice frame in my man cave.

Very cool. So tell me, cos I can’t tell, are those shimano or look? 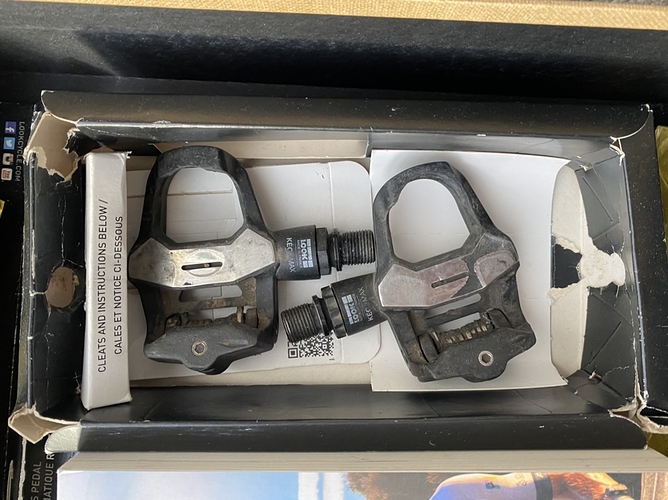 Look how worn the right pedal is. Pretty sure he talks about a hot spot in the book and needing to change pedals to relieve some pressure. You can see how worn it is.

The box came with 4 books and brand new cleats as well … like I was actually going to use the pedals. These things are priceless (to me).

Are they the only ones he used? A marketing dream for look if so: they’re always getting slagged for longevity.

Duh sorry, it’s the cleats, not the pedals that have that rep.