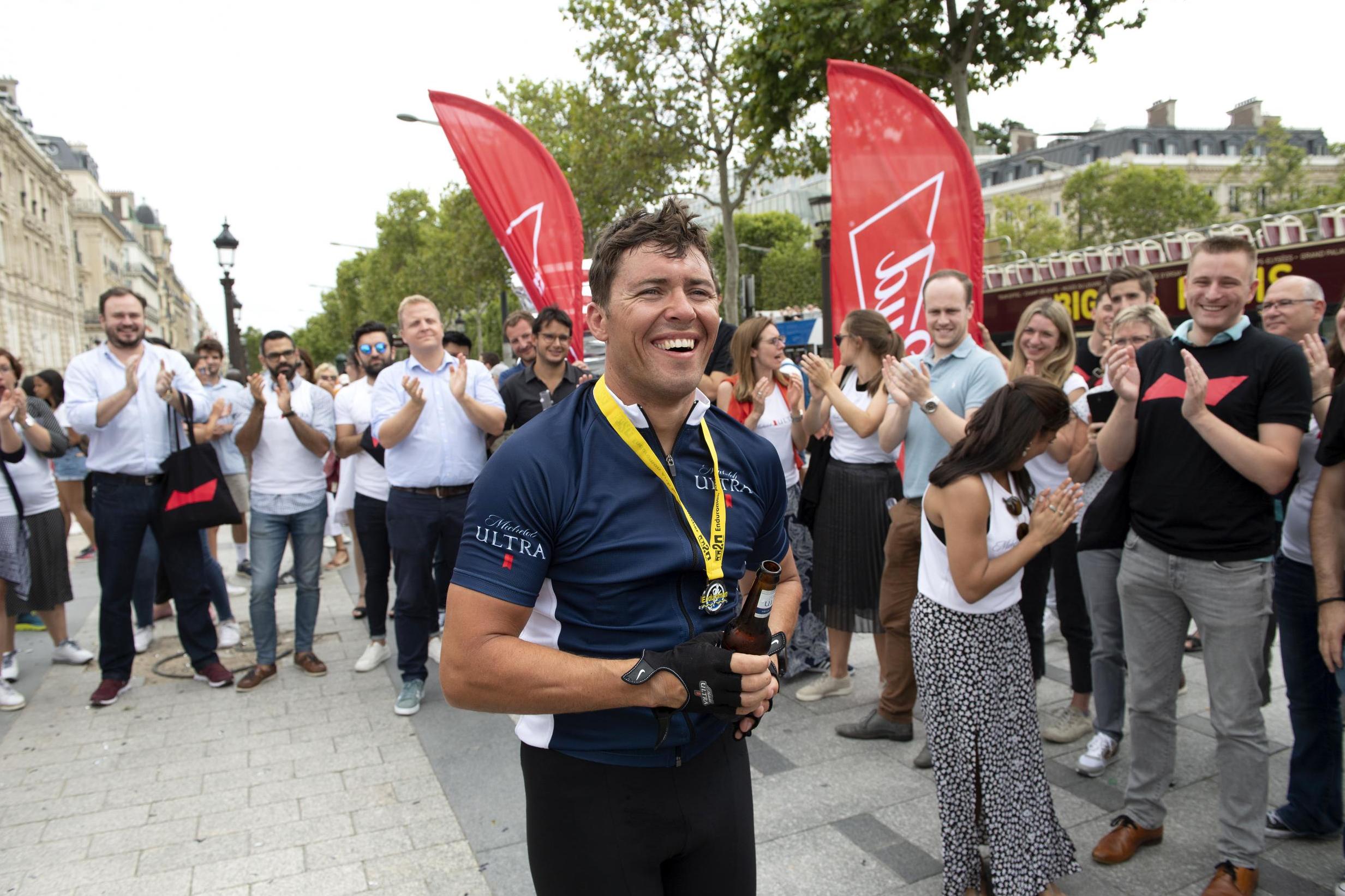 A Londoner has broken the world record for an epic 289-mile triathlon from London to Paris by over four hours. Chris Leek set a time of 69 hours and 29 minutes, shaving four hours and ten minutes off the previous record of 73 hours and 39...

South east Londoner does it in 69h 29mins, reported to say “I am proper tired now.”

Does the clock run continuously? I ask because isn’t there an issue with starting the swim at the ‘right’ time? i.e. it’s a bit open to chance.

Enduroman Ltd will start the clock at the Marble Arch London and stop the clock at the Arc de Triomphe Paris on your arrival. The clock will not be stopped for any reason unless the challenge is aborted.

Does the clock run continuously? I ask because isn’t there an issue with starting the swim at the ‘right’ time? i.e. it’s a bit open to chance

I think a big part of the challenge here is working out when your best window for the crossing is and then working backwards to a start time that gives you time to complete the run and have a bit of recovery before the swim, otherwise you could be waiting for days in Dover

Yes a few of us relayed the Arch to Arc some years ago and it is very channel swim dependant.
The Enduroman team were in contact with the boat captain, once the captain predicted a swim window we worked back to a start time from Marble Arch and did the run. The clock starts and if that weather window closes and you get delayed the clock is still running. As an individual it’s doesnt seem to be about the time more about completing the challenge.

Great thing to do but if you think Ironman is all the eggs in one basket this takes it to another level !

Great thing to do but if you think Ironman is all the eggs in one basket this takes it to another level !

I was thinking the preserve of the eternally single or imminently divorced.

It’s the kind of daftness the appeals to me, I’d justify it because it’s actually going somewhere!

Not sure about leaving the wetsuit at home though…

No wetsuit for the big swim to frog land…?!?
Now that is quite terrifying …!

Quicker transition with no wetsuit though

Yeah I’ve looked at London to Paris before as a potential farfetched idea for the future. I think it has an allure to it, but is rediculous to even think about anytime soon, more just pub talk.

Channel swim is more realistic as a bucket list, and being allowed wetsuit in Enduroman makes it more a possibility for me with the cold. But as you say would you try tick two boxes and go without…

“Only trained for 8 months”.

Assume long history of endurance events previous, and hence indirectly training for many years rather than one of these freak stories where people actually do come from nothing?

4.02 transition not too shabby, having JUST SWUM THE CHANNEL

People take longer than that at my local sprint

I’m surprised the race hasnt packed up and gone home if people take 4 hours in T2 at your local sprint?!

Oh, 4 hours??? I guess that makes more sense. I had visions of the guy sprinting up the beach and doing a flying mount with elastic bands and everything

You’d think his T2 would somewhere in between 4 min and 4 hours. 4h must have included a kip?

I’d want one too if I’d been on the go for the last 17hr, and about to cycle to Paris

According to this article here - https://www.thetimes.co.uk/article/chris-leek-breaks-enduroman-arch-2-arc-triathlon-record-t6n03t5dk

After he finished the swim he had to get in the boat and go to Calais to clear passport control. That took 4 hours. He also stopped at McDonalds for some nutrition before he got on his bike

We landed down the coast then you have to get back in the boat and motor to port for clearance, once we realised the team record was off the table we went for a meal before setting off.
Another problem is the traffic around Paris, we rode through fairly well at about midnight but if it had been earlier in the evening the support vehicle would have been much slower than the cyclists.
It is a real achievement as a solo, lots of things can go wrong so to break the record is fantastic.