And just like that an “offer” appears on my socials feed

Firefox has a ‘Facebook container’ that stops FB tracking your visits to other pages and stuff. I have no idea on the breadth and scope of all that tracking and activity, but i imagine it’s a lot worse than we think. Not sure if the Firefox thing is any good or not - sure the IT bods on here would know.

Apologies, I have always used the term, but happy to admit that I got it wrong.

My hips are astonishingly tight - that’s down to working sitting at a desk for years.

I use the gun in the hip area around the protruding (ish) pelvic bones, down the sides of legs and occasionally on the lower back.

I should do Yoga, my PT used to bang on about it all the time, but I just cant get into it.

For me, it was the pain in my hips that stopped me last week, so I’m keen to address that but don’t really know what it is. Been looking at FtL stuff but I’m in the dark really.

Easily returned & then I got this one.

For the price, I’m chuffed with it. I can sit in front of Netflix & give myself a good pummeling (14mm travel apparently) after a gruelling

hilly run & it seems to help recovery. Recently I’ve had a bit of an achilles issue that seems to be easing after a bit of treatment.

…then we saw them in John Lewis and had a go

Way cheaper than physio and if you both use it, double bargain! 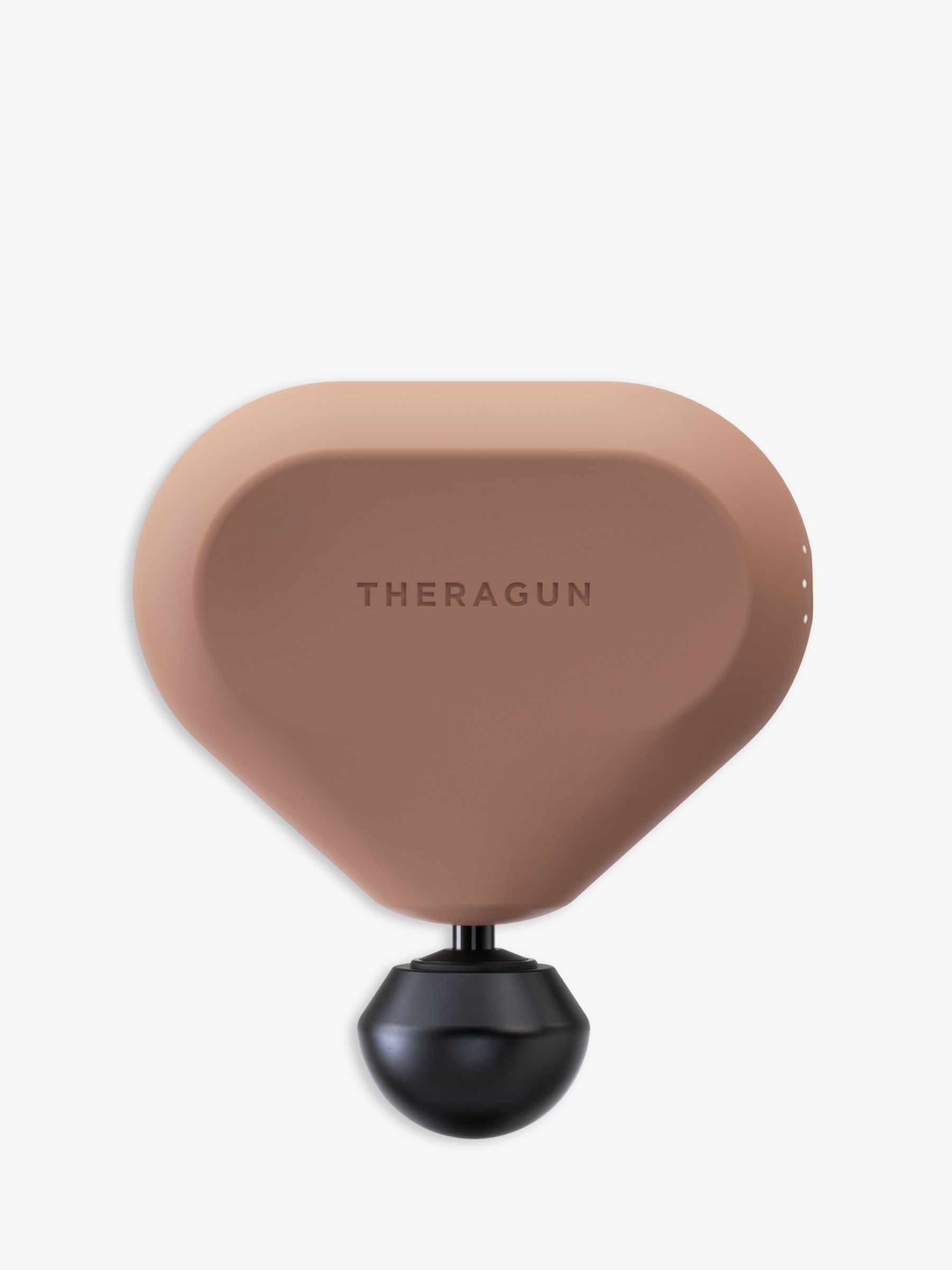 Shop for Theragun at John Lewis & Partners. Free UK mainland delivery when you spend £50 and over.

The mini version was £180 I think, we also got a discount via our gym.

Currently have sore quads, constantly cramping calves (when swimming) & an Achilles issue, so it has a lot to sort!

Been happy with the Sportneer Elite that I ended up getting. I use it for about 5 or 6 mins twice a day and I’m more diligent about doing than bloody foam rolling!

I’m using mine daily at the minute. My legs decided to fall apart - particularly left hamstring.

First time I’ve used it and felt noticeable INSTANT results. First couple of days I was struggling to walk and it loosened things off so much.

Foam roller just didnt target things as specifically for me - plus it hurt too much so always ended up probably being too short.

Its becoming a great bit of kit!

I wonder if it would work on my PF?! I am hobbling around the house today. What was a niggle before the Fan Dance, is now agony in the arch of my foot (only when I weight it though).

I’ve been having PF hassles and use a hard ball rolled under my foor but I can never get the pressure right.

My massage gun has a ‘bullet head’ attachment for small areas and I’ve been using that on the arch of my foot and it does seem a bit better. Possibly coincidence, not sure.

My wife swears by her Oofos sandals for PF. She had it for a while and nothing helped until she bought some and wears them round the house.

I realise that sounds like an #ad but in this case it’s true.

I came across those when I was looking at the Hoka version. I think I will get some.

I have two sets of orthotics, but cannot find the ones I got made in Germany at considerable expense

Those Oofos look bad even by my standards

I have high arches which is part of the problem, hence the orthotics. I need to root about for the nicer ones again.

She has flat feet with collapsing arches. Apparently walking round on hard floors with no shoes on isn’t great. Not sure what high arches would need.

I got a tip from a physio at the club years ago that I swear by. Get one of the curvy plastic Coke bottles (500ml) and freeze it full of water. Roll that under your foot and it works a treat, the shape and cooling effect is perfect, find it much better than a ball.