Nick failed to meet either of his run targets this year, namely 5km and half marathon PBs. In his defence, most of the races were cancelled. And he’s no spring chicken any more.

Stupidest run: “Beat the mercury challenge” on 12th August. It was 33C so the challenge was to run a hilly XC loop in less than 33minutes. Nearly stroked out.

The “+” is for not getting injured despite being an old crock (touches wood as there are 11 days left in the year).

Most rides this year were on Zwift. This instrument of torture did see a steady rise in alleged FTP from 230W in March to 285W in November. However this hasn’t translated to more power on the road, where best average power is still around 230W.

Most stupid ride: Home from Southampton with no map and got lost, 116km.

The “-” is for being utterly toast after any ride lasting more than 1 hour. This is somewhat worrying as an Ironman looms in about 20 weeks time.

Nick has not been seen in class all year. Report to the headmaster’s office for detention at Friday 4pm

Actually that’s not quite true. Strava says 16 swims, 8 hours. Average swim 30 mins, approximately one every 22 days. Some were in the sea, including this one: https://youtu.be/ubIX1eKAVPk

Only one race this year. Thanks to a last minute suggestion by gingerbongo , did the Dawlish Tri in September https://youtu.be/i-usIigzuTQ

Repointed a wall, built a deck, painted the house and fixed up the kitchen.

The “-” is for a misguided attempt to “improve” the wifi by resiting BT master socket, which resulted in random internet outages for the next 3 weeks.

I believe my report is in the post. Expected delivery on the 31st

I’ll do one later once I get home again.

Cycling: B, FP has maintained fairly good cycling fitness but has let his power slip a lot. He has exceeded expectations on his ability to handle long stints on the turbo. Needs to do more MTB.

Running: B+, FP has kept good pace across all distances but a lack of races has seen him neglect the hard speed sessions and would benefit from joining an AC. Marathon times have greatly improved.

Trails: B-, FP has improved his technical descending skills but still has much work to do. Needs to concentrate on mountain running in 2021.

Weight Mgt: D, FP is 100% control of what goes in his mouth and reading from the Book of Excuses won’t change the outcome.

DIY: A-, FP has shown great tenacity and an ability to learn to do stuff he does not like. He started the year as ‘all the kit and still shit’ and finished with a house that’s still standing and some Frog Tape left over.

TriTalk: B, Apart from a foolish excursion into the COVID, has managed to avoid the political thread and stay out of most of the dick swinging ‘racer’ exchanges.

Die Hard still isn’t a Xmas film but it’s not his fault he’s surrounded by those that cannot see.

Points deducted for final comment, detention for you boy

Ian attempted a handfull of runs this year, most were a disaster. A paltry total of 72km was recorded which is pretty pathetic.

A positive start at the beginning of lockdown having treated himself to a smart turbo. Clocking regular Zwift sessions and knocking up 1,100KM, albeit all virtual. However a disappointing drop off toward the later part of term, resulting in a layer of dust and some cobwebs appearing on his bike.

Swimming U
Ian has not been seen is class for well over a year. I am not sure he even remembers how to swim, or even what a swimming pool looks like.

Triathlon U
Ian remains in de facto retirement from Triathlon after getting the hump about training for IM Lanza and ending up in hospital. Its not clear at this stage if he intends in re enrol.

DIY C-
Mixed results this year showing a lack of drive and focus. Some excellent results seen in the decoration of the lounge and also removal of the rotten decking. However, chaotic results in other other areas have angered his fellow students. With one wondering why we have electric curtains and Christmas lights all controlled via Alexa, yet the kids bathroom toilet remains broken due to a leak. Another commented that all this money could have been spent “buying her a pony”.

TriTalk A+
Awarded Devote badge for being so sad he managed to visit every day. 2.0k posts created, 11d read time. 5+ posts awarded nice reply badge with one of the most popular being a joke about no longer having sex.

When someone say it is a Christmas film, you reply saying that’s an opinion and not fact, but you repeated claim it isnt as if that is a fact.

It is a Christmas movie.

” Steven E de Souza, who wrote the Die Hard screenplay, insists that it is a Christmas film and compares it to White Christmas, the 1954 musical. Both take place during a Christmas holiday, feature festive songs and a Christ-like sacrifice — in one Die Hard scene Willis runs barefoot over broken glass"
https://www.thetimes.co.uk/article/subversive-die-hard-is-a-christmas-film-director-confirms-077gjlb6w#:~:text=takes%20your%20stuff.’-,”,runs%20barefoot%20over%20broken%20glass. 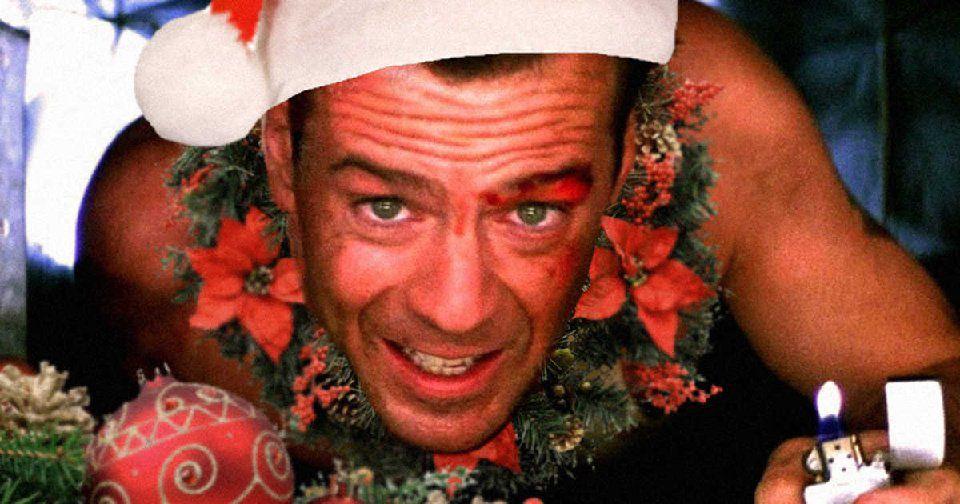 7 reasons why ‘Die Hard’ is a Christmas movie

A heated debate takes place every year around Christmas time. It’s not about which relatives house you should visit for the holidays, it’s a topic with greater importance. It’s a

Die Hard director John McTiernan has confirmed it is in fact a Christmas film.

'Die Hard' director John McTiernan has weighed into the debate on whether his movie is a Christmas film, finally giving a categoric answer

They’re all wrong and probably read The Guardian.

Also, we’ll decide what kind of film the director made, not him, what would he know anyway?

Surprise! 62 Percent of People Say Die Hard is Not a Christmas Movie

Running C
Whilst the young man in question shows signs of ability, the waxing and waning of training has limited his abilities later in the year. Must try harder.

Bike B
Consistent training throughout the year saw performance gains

Swim B
A for achievement, C for effort given the circumstances.

Triathlon C
Improvements throughout the year but still unable to get the run leg together at half or full distance. A step up from 2019s D.

Drinking A
See the advent drinking thread, had more booze this year than ever, but only once been proper drunk so that’s a win.

DIY F
Initially starting the year with great leaps in transforming the garage into a gym, as the year progressed we saw the return of water streaming down the walls and falling out of the attic was really just the cherry on the cake

The dog ate my turbo

Swimming C- 58k
Mike was progressing well with his swimming despite having shoulders made of cheese. He excels whilst in middle group and leads by example with pacing, timing of rests and proper form. This does however “go to sh1t” when hes put in top group and finds swimming alongside aquaman, mermaids and people with gills - often resulting in those cheese shoulders crumbling.

Biking B+ 5607 miles (so far)
Despite commuting being restricted, Mike made the transition to zwift at the 3rd attempt. Having previously ridiculed those on the platform - the gamifcation hooked him as he went on a badge frenzy. Culminating in earning the “nerd” badge - he actively tried to convert and attract other non zwifters whilst boring everyone with detail of the platform widely available to anyone who could be @rsed to look!
Highlights of the year were the “Breakaway with @Matthew_Spooner” award and the “First place on zwiftpower despite being ninth on zwift” trophy!

Running C+ 906 miles so far
Quantity or quality? Despite starting the year like many other, Mike found himself in a rut and sought an afterschool tutor to guide him further. The transition to slow running is still work in progress. Whilst he follows guidance, he moans like he11 and is clearly bored. This has resulted in 1 of Mikes highest annual mileages, primarily as his Achilles (made of wet spaghetti) has just about stayed in 1 piece.
Mike was an average hare… he is now a bored tortoise.

DIY B+
Whilst continuing to avoid any house related DIY - Mike has managed to actually understand some Di2 issues, done some power analysis and dis-assembled and re-assembled the turbo (without needing to take it to the shop like most bike work).
Lots of room for progression, but this has been a giant leap forward.

IT C
Despite spending a bit too much time near @jeffb, Mike has avoided becoming completely inept like Jeff and has only had 1 real dodgy IT issue on zwift. He has learnt about Ant+, BT, dongles, wifi boosters, SimulAnt and other cr@p to spend more time boring people about zwift

Drinking F
Mike continues to be a weird tea-totaller but has stumbled on to the advent thread for no reason at all.

TriTalk A-
Possibly Mikes greatest achievement this year is growing from “lurker” to “regular”. Not only has he started to reply to posts, he now has the confidence to create his own and even create virtual meet up with his virtual (new) friends - ahhhh.

Summary
Mike really needs to get out more - literally.

Running C- a good start to the year and a reasonable end with very l;ittle filling in the middle except for a couple of enjoyable peak runs.

Cycling D- somehow I got away with it in Spain…

Weight Gain A as a result of lockdown laziness…

This year MC started well, and took an early positive approach to his running. However, he was rather deflected by a combination of utter apathy and chocolate biscuits in May, and has unfortunately not either reached or indeed shown his full potential

MC was predicted a thoroughly respectable 1200 miles at the start of the year, so it is with great disappointment that I see his year end at no more than 300 miles

MC, again, started with good positive momentum, and hit the end of the first quarter with a decent set of results. However, his fat lardy arse eventually won the argument that his schizophrenic head conducts, and he followed a predictable path and did less miles in the next three quarters than he did in january alone.

MC promised his sponsors (Mrs MC) that there would be a resurgence in November, but little was made of the opportunity.

In reality, MC continues to disappoint with his effort levels, and unless a concerted effort is soon made, he will inevitably come to nothing

Didn’t actually achieve much, but managed to spend a shit load on new kit. Worthy effort.

A consistent effort that has, sadly, not seen the results we would have hoped for. He did however, manage, along with his Windsurfing to spend an unreasonable amount of money for little return.

Didn’t bother with this category in 2020

Strong performance in this category which supported his achievements in both the Windsurfing and Guitar subject areas.

If MC could put his effort levels in this category into other subjects, he would realise a great deal more than he currently achieves.

Cycling A - Cobbie has recorded both record mileage and number of rides (currently 5819 miles and 205 rides), quite something given the restrictions and lack of a big cycling trip.

DIY A+++++ - Cobbie is currently building a patio from scratch. Everyone he knows is disbelieving and thinks there must be a builder sneaking in on the sly. Cobbie is feeling very smug 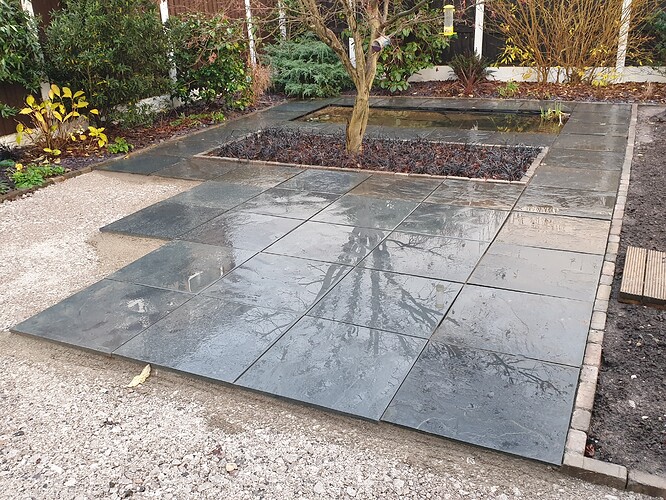