Josh left Felt didn’t he, after pretty much his whole pro career with them.

Yeah, wouldn’t bet against the Germans in that one Matt.

Canyon have shown they’ll throw the bucks at a social media presence even without a Kona win on the CV - see Lionel.

LCB is the face of women’s Ironman racing, even without having been on the top step, and has more chance of getting there than the Lion.

Bonus for LCB sponsorship is even without the win, her swim guarantees most of the bike out in front getting all the coverage.

Nailed on, I reckon. 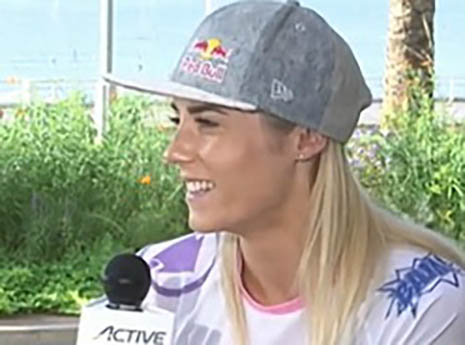 Specialized had a culling round a couple of years ago and only really kept the upper echelon. I’m wondering if it was push/pull?

Pretty sure the lead females on the bike in Kona last year were Canyon heavy; LCB and Ryf being the exceptions. They certainly got some air time anyway.

I think they’ve also binned Kristian Blummenfelt - his Insta seems to suggest so. Or KB has binned them, but I reckon it’s part of a pattern of moving away.

Do they get better mileage from the Zwift Tri Academy program in terms of sponsorship?

Would be a shock if LCB has been pushed. What more does a bike sponsor want than an athlete guaranteed to sit at the front of the race in every race they do, win/podium every race and to blitz social media?

She’s pretty much the sponsor’s dream.

Agree she’s a sponsors dream unless they want minimal expenditure eg the semi-pro/amateurs.

Semi-related, Does everyone else get the identical SiS adverts on facebook? They don’t even seem to be off real accounts (no previous posts, one or two followers), although I think the athletes are pro athletes.

Can’t be too many Shiv sales compared to say SL-7s. The tri market must be relatively small for Spesh

About to drop Shiv? It certainly wouldn’t be on my list

I thought the older model looked better actually. Not the fuel cell one the TT version

Don’t see loads of them though. Did spot one at the 113 to be fair

I thought the older model looked better actually. Not the fuel cell one the TT version

I had the older model and thought that it looked great. The new model just looks wrong.

Are Specialised picking up the wages for Cav at DQS? No triathlon this year perhaps they think it too uncertain and are getting fully with the pro cycling teams.

Maybe Lucy decided to go elsewhere, got a better deal

Braden Currie has been dropped by Spesh as well so it does look like they are pulling out of the triathlon market?

Keep your eyes on eBay ex pro bike for sale!

Does Gomez stay as he rides a roadie?