ToB starts in a couple of days, and it looks like some big names attending this year, using it to build for the Worlds.

Anybody going to watch any of the stages?

I’m trying to see if i can engineer half a day off work to maybe see them coming off Dartmoor in towards Exeter if i can (don’t think i’ll make it much further away than that).

Saw some Movistar coaches on their way down as we were leaving Cornwall yesterday.

They’re not headed anywhere in the SE really!

Me me me.
Passes my road end.
Starts about a mile away.
Intermediate sprint through Wilmslow.

Some KoMs are gonna fall that day

We are in Cornwall at the minute very close to where it comes through. Typically it starts the day after we leave

Things are looking up.

Thumbs up from Mrs GB. Work diary is looking ok as well.

Couple of mates interested, so maybe drive up onto the moor to get a nice ride in, and maybe watch it go up the Warren House KOM. Though the KOMs do tend to attract bigger crowds, so may be worth going to one of the smaller climbs somewhere else - any thoughts from people that go and watch this stuff most years?

Yeah saw you rode the camel trail the other day!

On a side-note to this, I see the Tour de Yorkshire is no more

My home town was due to host a stage start, but there was a lot of noise on the local Facebook group about the value of spending £200k on a bike race. Lots of comments about rather having more policing or better local services.

a lot of noise on the local Facebook group about the value of spending £200k on a bike race.

Probably brings that value back in tourism?
Used to see tonnes of cyclists in Otley and over Blubberhouses to Pateley Bridge etc.

It almost certainly did, but as always for everyone that benefits from the race you probably have many more who feel that the disruption is costing them money because it’s stopping them getting to work or adversely affecting their business.

It’s a real shame because Yorkshire folk are insanely proud of their county and want to show the rest of the world how great it is.

Stage 8 passes within 3 miles of my house. I think I’ll hike over the hill and watch. We’re considering making a “We Love You Cav” sign. I’ve an old QuickStep jersey to wear so I’ll look like a proper tool too.

Plus how much of that money comes from the public purse? And how much of a dent is 200k going to make to Yorkshire Police? It costs about 13k to train a Bobby and the payroll cost (Inc NI and pensions etc) is 30k per annum. So you’re getting 4 coppers for 1 year and change.

Whereas a bike race encourages people to get fit and that helps the NHS, brings people into the area and pumps money into the local economy. Being a large race it gets your area on TV with a lot of advertising for it. Even without the spectators it’s pumping money back into the economy with all the teams taking hotels etc. Plus the organisers must be paying for road closures and permits etc.

Some people can’t think past a daily mail headline though.

Sadly won’t be able to go see any stages this year, will need to make do with TV coverage

It’s way more than 200K public purse, it’s 2 million full cost, and sponsorship nowhere near covers it, the councils offered 900k EXTRA a few weeks ago, and a load more money to ASO.

If bike races were such a money spinner, we’d have more councils doing it?

The thing about going out to watch Tours/Grand Tours is not so much watching the riders - as they are past you in a flash - but the craic with your mates getting there & being surrounded by hordes of other cyclists.

Yeah, i spent a ton of time last night trying to work out if we can see them in two different spots, but it would be touch and go with the time we have available, and we’d be in the van for most of it. So we’re going to drive up to the moor, get a good couple of hours of riding on some fun roads, watch the bikes fly up over the KOM, then head back to the van.

Would be cool to see the finish in Exeter, but don’t really want to waste my day off in the city where my work is based!!

This must be one of the best ToB line-ups in a while as well! 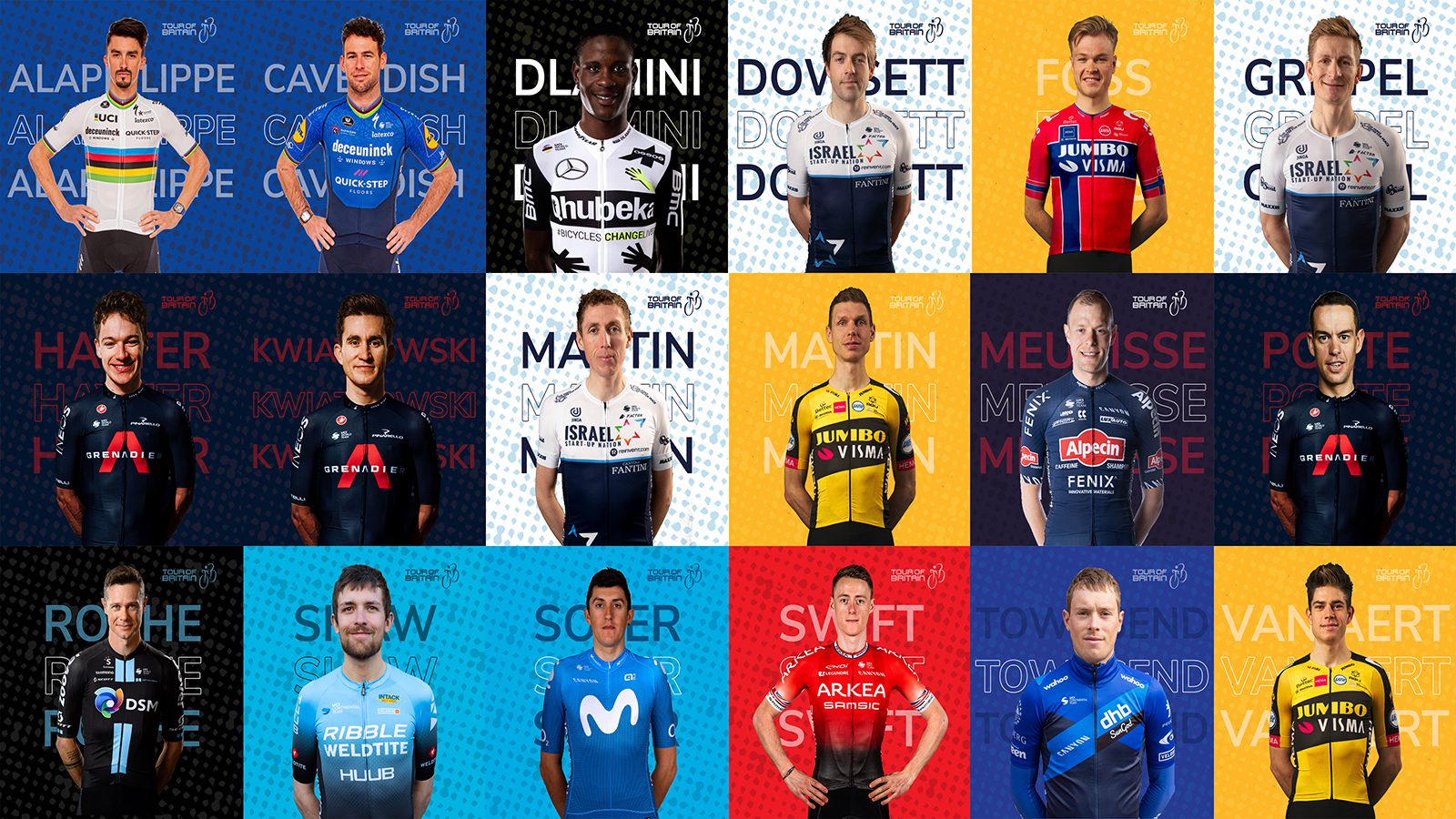 British sporting heroes, Tokyo 2020 medallists, world champions and former stage and jersey winners will all feature in this year’s Tour of Britain (Sunday 5 – 12 September), the full start list for which has today been revealed. Just days out from...

£200k was the figure being banded around that the town was paying to host the start. I assume every town hosting a start or a finish was paying something similar. I’m sure the people in the town aren’t fundamentally opposed to the bike race happening in Yorkshire, they just don’t want to pay for it themselves

Policing seems to be a particularly sensitive subject in the town. When I was a kid there was a fully manned 24/7 police station in the town. This was closed a few years ago and now they have 2 police officers from 20 miles away in Harrogate on duty in the town during the day. They had a number of incidents last year where large numbers of people turned up from out of town, overwhelmed local beauty spots, ignored local by-laws about alcohol consumption and generally made a mess. The police were generally considered to have done nothing because they were undermanned and back-up was too far away.

The fact that there was no budget for policing but the town council was paying to host a bike race kept being raised, even though the two things were completely unrelated and £200k is a drop in the ocean even in local government spending.

Big transfer between Stage 2 & 3; completely misses us out. Although I know the ToB has been through here in 2016.

The fact that there was no budget for policing but the town council was paying to host a bike race kept being raised, even though the two things were completely unrelated and £200k is a drop in the ocean even in local government spending.

It makes a catchy slogan for the side of a bus though doesn’t it?

Like you say, $200k sounds like a bargain. Much more likely to get the local beauty spot spruced up for the visit too, if the locals don’t want to encourage visitors, then investment in local facilities more likely to go down, not up.