Thought I’d put this in the right place!

I’ve ordered some poles, yes I’m desperate, no I don’t know what I’m doing. Got some Leki Micro Trail Pro poles on the way (carbon, of course 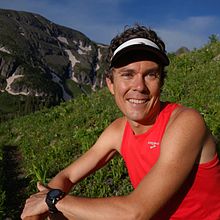 Desperate? I used poles all the time when I was hill walking and mountaineering in my 20s & 30s. They are great for aiding balance and taking some of the sting out of descents on steep ground. What took you so long!

hehe yeah, I hope they work like that. In the footage, you see some whippet thin Euro mountain goat runner elegantly bounding up the mountain, using the poles like the deftest of fencers.

The reality for me will be that I can’t get them out of my vest, trip over in the process, lose all my nutrition and end up losing them off the side of a cliff.

I bought some Black Diamond Carbon FLZ poles but haven’t used them yet. Plan is to do a really solid long, slow run block over the winter that will be almost all trail based and will include practicing with poles. They also double up as tent poles for my ULW shelter that I can use on my next hiking trip… you know, those hiking trips that never actually happen because life is too busy. Still, I own ALL the gear!

I plan to use my poles in the SDW100 next year, unless my winter training suggests I am better off without them.

It sounds obvious but practise with them. A lot, and for long periods of time. As with anything you need to build up the muscles and resilience to using them - that includes your wrists that will take a flippin pouding! Mine were sore for a week after the Arc … though i had to rely on the poles for the last 3 hrs or so to literally lower myself down every step as i’d been running on a trashed ankle for about 12 hours. Hands as well. Your hands will need to be toughened up, just like your feet before an ultra.

I have some Alpkit ones. I think they were the 2nd lightest ones i could find anywhere, but were half the price. They’re twistlocks though, and not z poles which is their only downfall, as they’re a little more tricky to set up and pack away than the black diamond ones for example. But at half the price, what do you expect?!

I absolutely love poles. Used them at the Arc and Jurassic Coast 100, as well as a bunch of big, silly training runs. When you’re going up steep stuff, and steps, they really help to just spread the load away from your legs. I also find they help with your back as you’re not bent double, pushing off your knees; you’re much more upright instead. I also find that when i’m cruising on undulating/flat terrain on a long run that i can just get into this lovely rhythm.

Don’t worry about getting them in and out of a pack. it’s not like we’re Killian running up mountains at 3:50 pace. We’ve got plenty of time to walk at the bottom of a hill, take them out etc. There’s no rush.

I’ve recently started trying mine much longer than i previously used them (did go for the 90 degree elbow height) after watching some of the pros. I think i like the longer poles when i’m cruising or going quickly uphills, but when i’m trudging, shattered up a 25% slope then i’ll cut them short and be really leaning into them.

Cheers GB, extremely helpful. Mine should be arriving today or tomorrow, do you think I could get used to them enough for the North Coast 50 on Oct 5th?

I don’t see why not, as you won’t be using them for the whole thing and the event isn’t that long. If it was, say, a 100 miler then i probably wou’dnt recommend it … though i’d clearly just crack on, but that’s because i’m an idiot!

There are a few long and steep climbs on that course, and i know the poles would for sure help up those!

Cheers mate. I’m assuming (which is dangerous) that the NC50 will have more gravel paths than Dartmoor in a Day?

I’ve not actually been up there running yet, but yeah. It’s much more defined ‘classic’ coast path. So actual path!

Look, there’s tarmac and everything

ooh it’s like a glass topped motorway compared to Saturday

Yeah, defo avoid twist-lock poles, they just get clogged with grit and then don’t work.

They’ve not arrived yet, coming today according the RM tracker. The internet wouldn’t lie to me,would it?

OK, so they arrived. I went for a 12km easy run with the middle 3km on the flat playing fields trying the poles. At first I was too hung up on counting steps and placing them exactly, which didn’t go well.

Then I just ran with them, holding them high and just letting them swim, then I started to touch the ground with them.

In a way, the less I thought about the easier it was. I kicked them now and then and a couple of times, scraped the ground but got the hang of it. Concentrated on letting the pole do the swinging and just tightened my fingers a bit as they touched down, more of a press with the fingers than an actual grip.

It’s the gradients where you’ll really notice the benefit though, once you’re used to them. I could descend way faster off a mountain with them, than without.

I odn’t think they make you any faster FP, they just spread the load and make you last longer. IMO.

I don’t tend to use them on descents when i’m going quickly (proper fast running); I prefer to use the old windmill technique with the arms. They’re good though for descending a bit slower, especially when it’s slippery as you can right yourself before falling with the use of 4 ground contact points rather than two. Just like when you’re skiing. I have lost count of the number of ‘saves’ i’ve made using the poles in those situations.

Yeah I reckon that’s how I would use them, as I just don’t have enough descending experience/technique to be confident yet.